AC Milan head to the Stadio Ennio Tardini to take on relegation-threatened Parma, looking to solidify their position in the Serie A top-four run-in.

Parma take the field after picking up just three wins in their 29 Serie A fixtures (D11, L15), so there is no surprise that they sit in the drop zone, four points adrift of safety. The hosts have claimed just a single triumph in 21 league matches since the calendar flipped to 2021 (D5, L10), courtesy of a 2-0 success against Roma on Matchday 27. Despite their disastrous form, the ‘Crusaders’ have been a fun team to watch lately, as seven of their last eight Serie A games have seen over 2.5 goals and both teams on the scoresheet. Action-packed second-half football has highlighted Parma’s recent league matches as six of the last seven have featured 2+ goals after the interval. Since both of their previous top-flight meetings with Milan witnessed 4+ goals and both sides scoring, another high-scoring affair is well on the cards.

On the other hand, ‘I Rossoneri’ have endured mixed fortunes across their last eight Serie A matches (W3, D2, L3), with four of the six games won/lost in that spread of fixtures seeing the victor keep a clean sheet. Notably, no team has picked up more away points than Milan (37) so far this season, with Stefano Pioli’s men boasting a league-highest win percentage on the road (85.71%). Furthermore, the Lombardian heavyweights have won their last three away Serie A outings, finding the first-half opener and adding at least one goal in the second half in each. Remarkably, the visitors have scored in both halves in 71.43% of their away league games this season (10/14). Milan’s recent top-flight trips to Parma have been notably tight as each of the last five saw the sides separated at full-time by under 1.5 goals (W2, D2, L1). 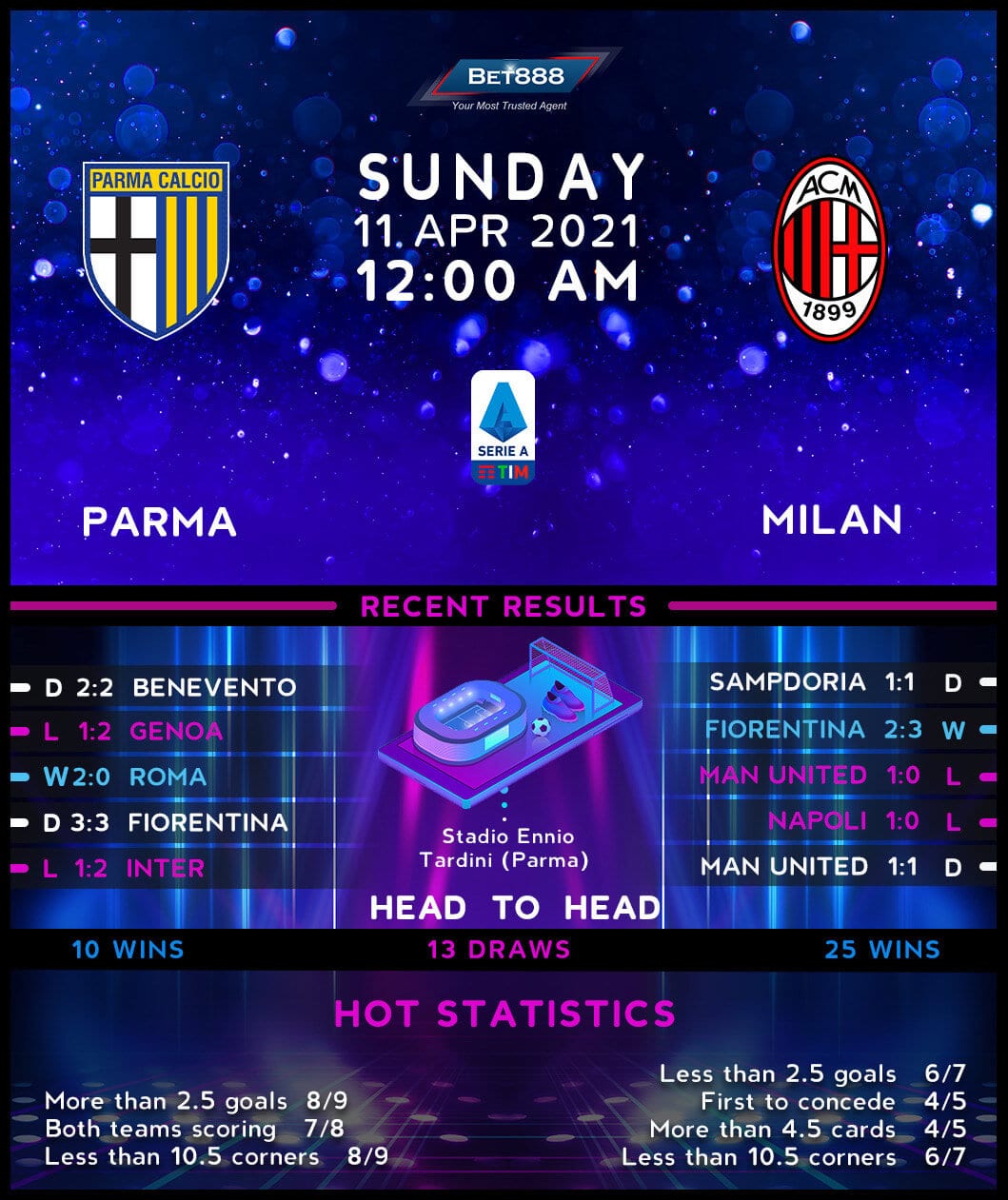