Relegation-threatened Parma welcome genuine top-four contenders Atalanta to the Stadio Ennio Tardini in a potentially high-scoring Serie A fixture. Each of the last five top-flight meetings between these sides has featured 3+ FT goals.

Since beating Roma 2-0 at home on Matchday 27, Parma have gone winless in seven Serie A matches on the trot (D1, L6), conceding an average of 2.71 goals per game in that period. Additionally, the ‘Crusaders’ have picked up just one victory in their last 15 home Serie A outings (D5, L9), courtesy of that win over Roma in mid-March. Parma have suffered back-to-back defeats to Atalanta at home, as many reverses as they had in their previous 18 top-flight H2Hs as hosts (W9, D7, L2). Roberto D’Aversa’s men have netted a league-low 13 Serie A goals at home this season, registering a miserly average of 0.76 goals per home league fixture. Lapses of concentration in the latter stages of play have seen Parma find the net within the last 15 minutes in just one of their 17 home league matches so far.

On the other hand, Atalanta have racked up an eight-game unbeaten run in Serie A (W6, D2) since losing 1-0 to Internazionale in early March. However, ‘La Dea’ hold a slender two-point lead on fifth-placed Napoli and need all points here to boost their chances of securing a top-four finish. Away from home, Gian Piero Gasperini’s men have gone from back-to-back Serie A wins to consecutive 1-1 draws, both of which saw precisely one goal scored in each half. Notably, the visitors have bagged the most 79 goals in Serie A this season despite netting 2+ goals in only 58.82% of their league outings so far (20/34). Delivering action from the onset, Atalanta have scored the division-high 20 first-half goals on the road this term. 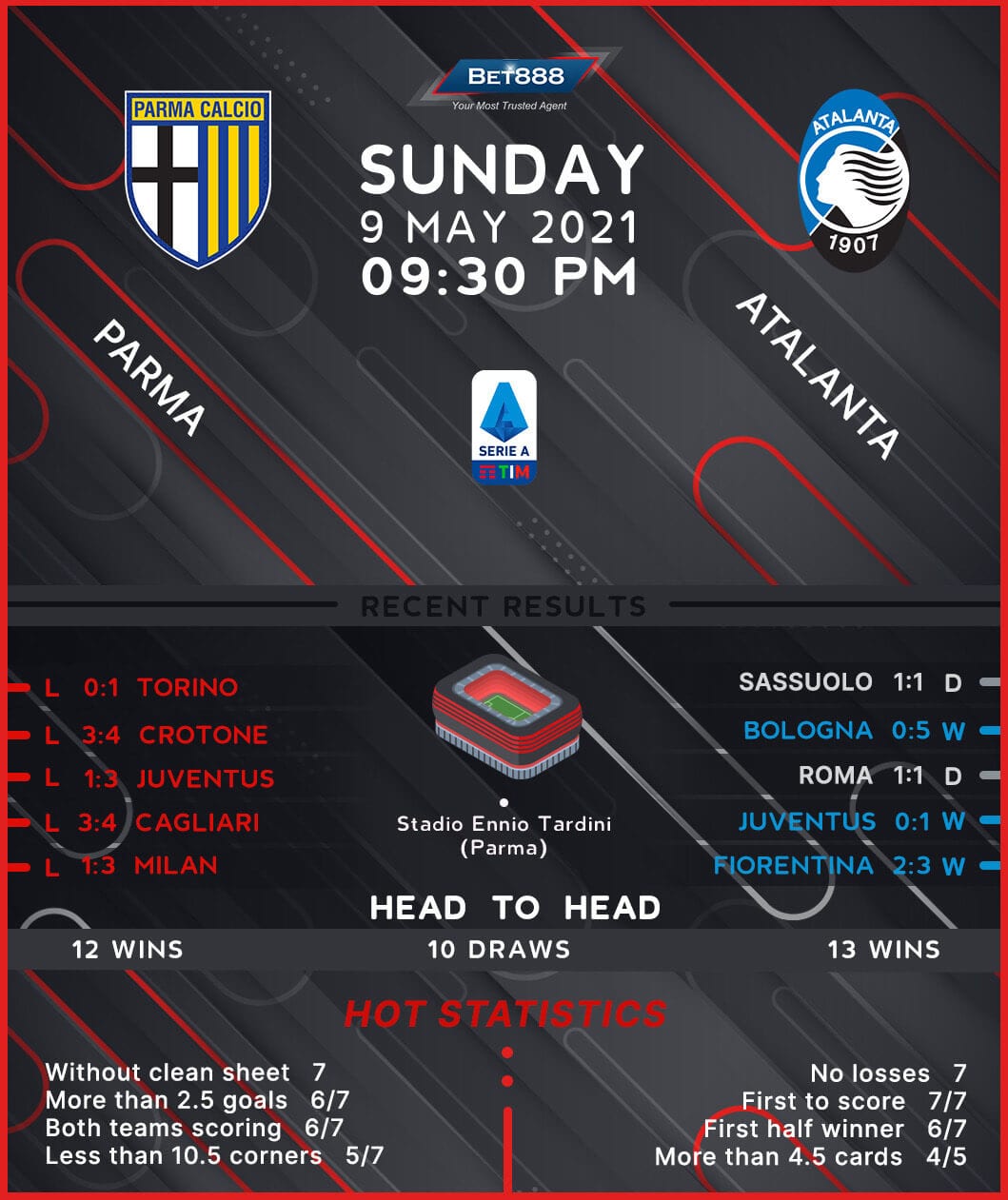