Serie A leaders Internazionale travel to the Stadio Ennio Tardini to meet relegation-threatened Parma, looking to solidify their position atop the league table.

Accruing three draws and seven defeats in their opening ten Serie A matches, Parma have had a less than favorable 2021 in league action, currently sitting five points adrift of safety. Back-to-back 2-2 draws in Serie A are encouraging, given the ‘Crusaders’ had previously failed to get on the scoresheet in six of their eight league outings. A genuinely disappointing Serie A campaign has seen Parma net a league-low 19 goals so far, frustratingly drawing a blank in 75% of their home league matches. The hosts can draw some confidence from the fact that they have found the net in six of their previous seven top-flight meetings with Inter, scoring precisely twice in two of the last three. If Parma manage to fire one in, they are likely to do it before HT, as four of their five Serie A home goals scored this term arrived in the first half of play.

As for Inter, they are setting the pace in Serie A, having won their last five league outings to stretch their lead on second-placed AC Milan to four points. Away from home, ‘I Nerazzurri’ have kept a clean sheet in each of their last four competitive matches whilst scoring 2+ goals twice in the process (W2, D2). Additionally, Antonio Conte’s men have bagged joint-highest 25 away goals this Serie A campaign, scoring the opener in eight of their 12 league trips so far. Far more dangerous after the break, the visitors have registered a clear majority (64%) of their total away league goals scored in the second half of play (16/25). Ahead of the kick-off, Inter have scored precisely three goals per game in three consecutive Serie A outings, getting on the scoresheet beyond the hour mark on each occasion. 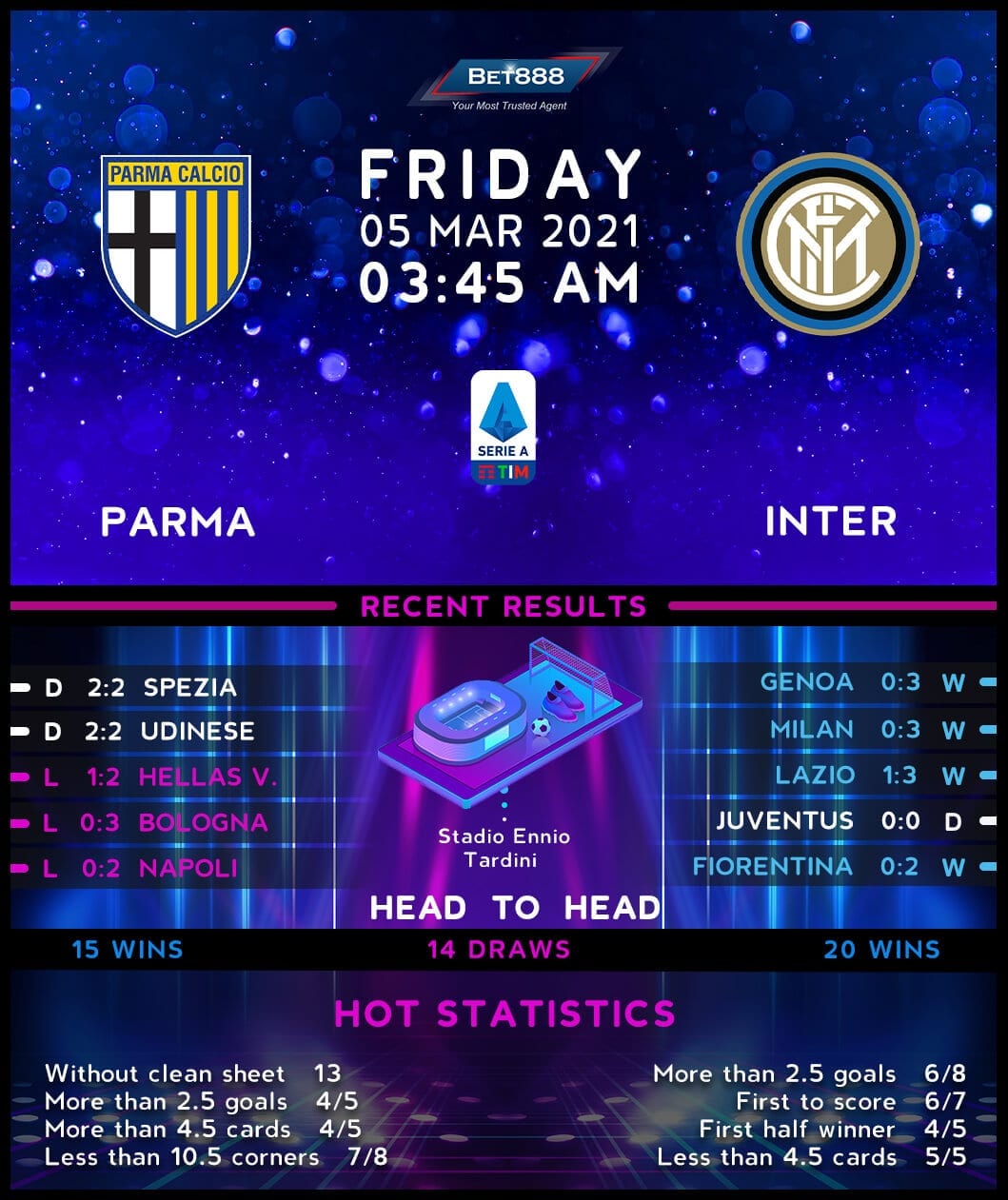