The Philippines and Guam go head-to-head at the Sharjah Stadium in the 2020 World Cup qualifying fixture as the hosts hope to return to winning ways against the Group A whipping boys.

After going unbeaten in three 2020 World Cup qualifying games on the trot (W2, D1), the hosts have lost back-to-back qualifiers without getting on the scoresheet. The Philippines have yet to win at home during this World Cup qualifying campaign (D1, L1). Overall, they have gone winless in six consecutive home outings since beating Singapore 1-0 in November 2018 (D2, L4), conceding an average of 3.5 goals across those defeats. On the bright side, though, the ‘Street Dogs’ have won each of their three meetings with Guam by an aggregate score of 8-1, including a 4-1 thumping in the reverse fixture in the ongoing qualifying series.

A 3-0 home defeat to Syria in their most recent outing means Guam have lost all seven 2022 World Cup qualifying fixtures by an aggregate score of 29-2. Guam’s overall record in the World Cup qualifying series reads W2, D1, L14, with just five goals scored and 80 conceded! Alarmingly, the visitors have lost each of their last three away World Cup qualifiers by a margin of 3+ goals, letting in over 1.5 first-half goals on every occasion. The last time Guan won a match on foreign soil was a 2-1 victory over Taiwan in October 2014, with three draws and 13 losses for the ‘Matao’ since then. 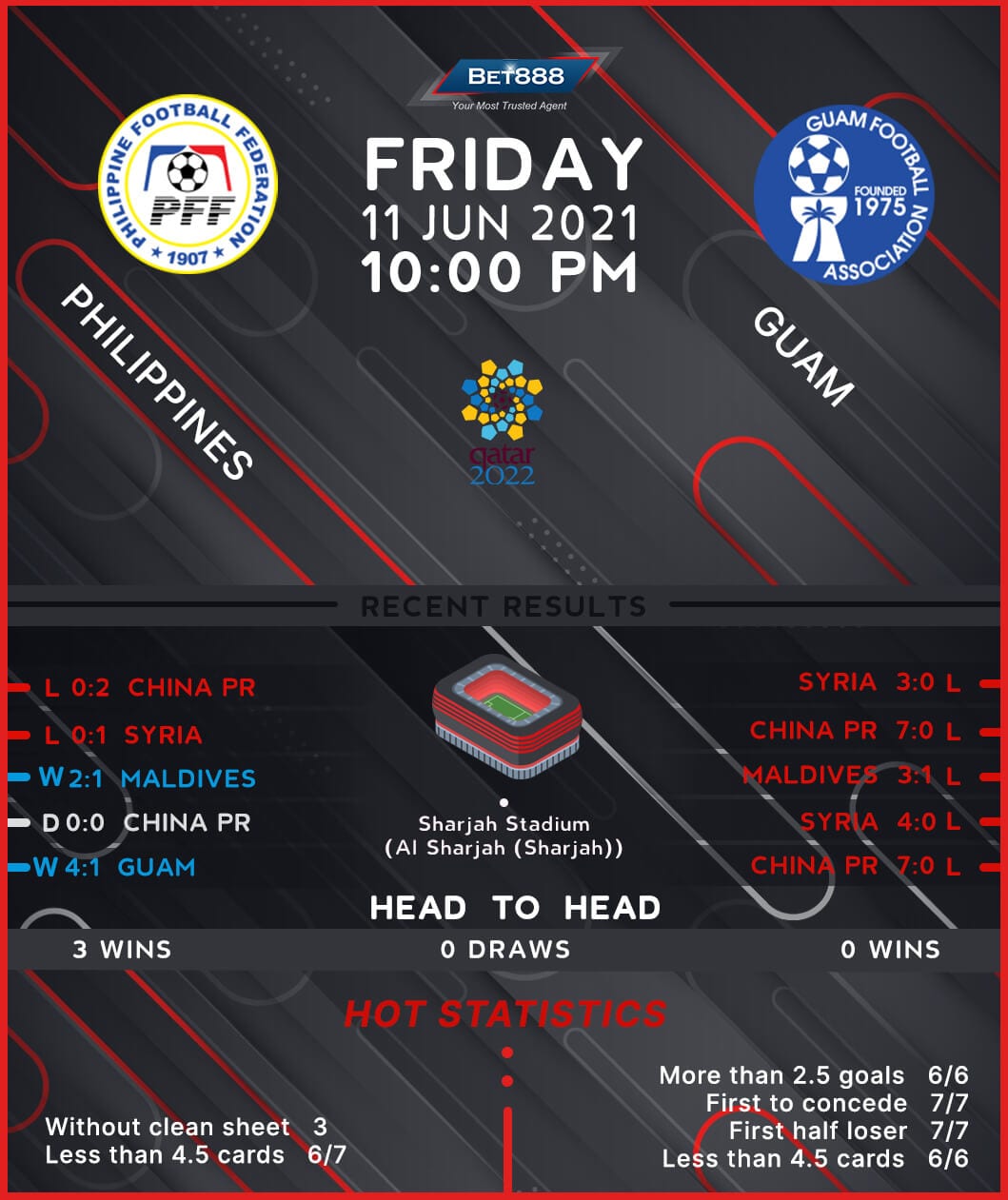