Poland’s last international friendly ahead of the Euro finals pits them against Iceland at the Stadion Miejski.

A 1-1 draw with Russia in their most recent outing left Poland at a single win in six matches (D2, L3), a sequence that saw them keep just a single clean sheet. At home, though, the ‘Eagles’ have suffered one defeat in their last 12 games, friendlies included (W8, D3) after losing three such contests in a row beforehand. Additionally, Poland boast an almost perfect H2H record against Iceland, having won all but one of their six historical meetings (D1), scoring 3+ goals in each of the last two (W2). Except for a goalless draw with Italy in the UEFA Nations League back in October 2010, Paulo Sosa’s men have found the net in their last nine home fixtures, bagging over 1.5 goals on six occasions.

Meanwhile, a narrow 1-0 victory over the Faroe Islands in their most recent international game gave Iceland only a second win in their last ten matches (W2, L8). By extension, Arnar Viðarsson’s men haven’t drawn a single international fixture since a goalless away stalemate versus Turkey in the UEFA Nations League in November 2019, losing ten of their subsequent 16 outings while winning the other six. Away from home, none of Iceland’s last 12 internationals have ended level (W5, L7), with 50% (6) of those results (win/loss) seeing the victor keep a blank sheet. Encouragingly, the ‘Strákarnir okkar’ have scored in each of their last three road trips after drawing a blank in three consecutive away matches prior to this run. 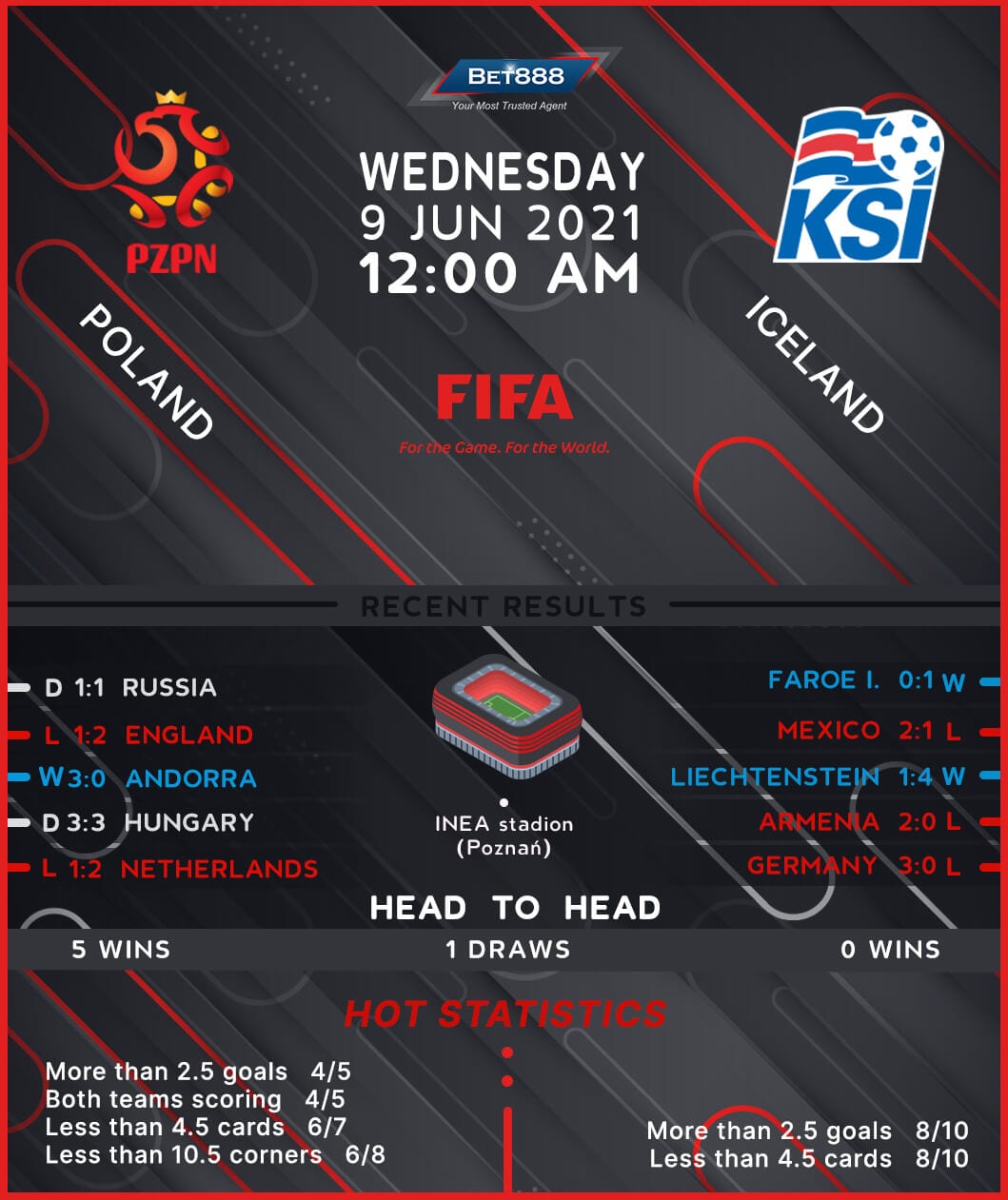