Poland and Russia go head-to-head at the Stadion Miejski we Wrocławiu as part of their preparations for the upcoming Euro finals.

Poland manager Paulo Sousa has endured mixed fortunes since taking charge of the national team in January (W1, D1, L1). After marking his debut with a 3-3 draw with Hungary, Sousa led Poland to a comfortable 3-0 win over minnows Andorra before succumbing to a 2-1 away defeat to England. The ‘White and Reds’ have lost three of their last five matches (W1, D1), as many defeats as they had in their previous 18 games, friendlies included (W12, D3, L3). But when they win, it tends to be in emphatic fashion, as witnessed by the fact that each of their last three victories has yielded a clean sheet and a winning margin of 2+ goals. Poland have registered four shutouts in their last five home fixtures, with a 2-1 loss to the Netherlands in the UEFA Nations League being the lone exception.

Meanwhile, the Russians haven’t drawn any of their last five matches (W2, L3) following three consecutive stalemates, all of which featured under 2.5 total goals. High scoring was a theme across that five-game sequence as each fixture produced 3+ total goals, with four of them seeing both teams on the scoresheet. However, the visitors have experienced a massive dip in form on the road heading into the meeting. After racking up a five-game winning streak away from home, Russia have managed just a single triumph in their last five such contests (D1, L3), conceding 2+ goals in each defeat. But the ‘Sbornaya’ have avoided a loss in both of their encounters in Poland in the 21st century (D2), scoring the opening goal on each occasion. 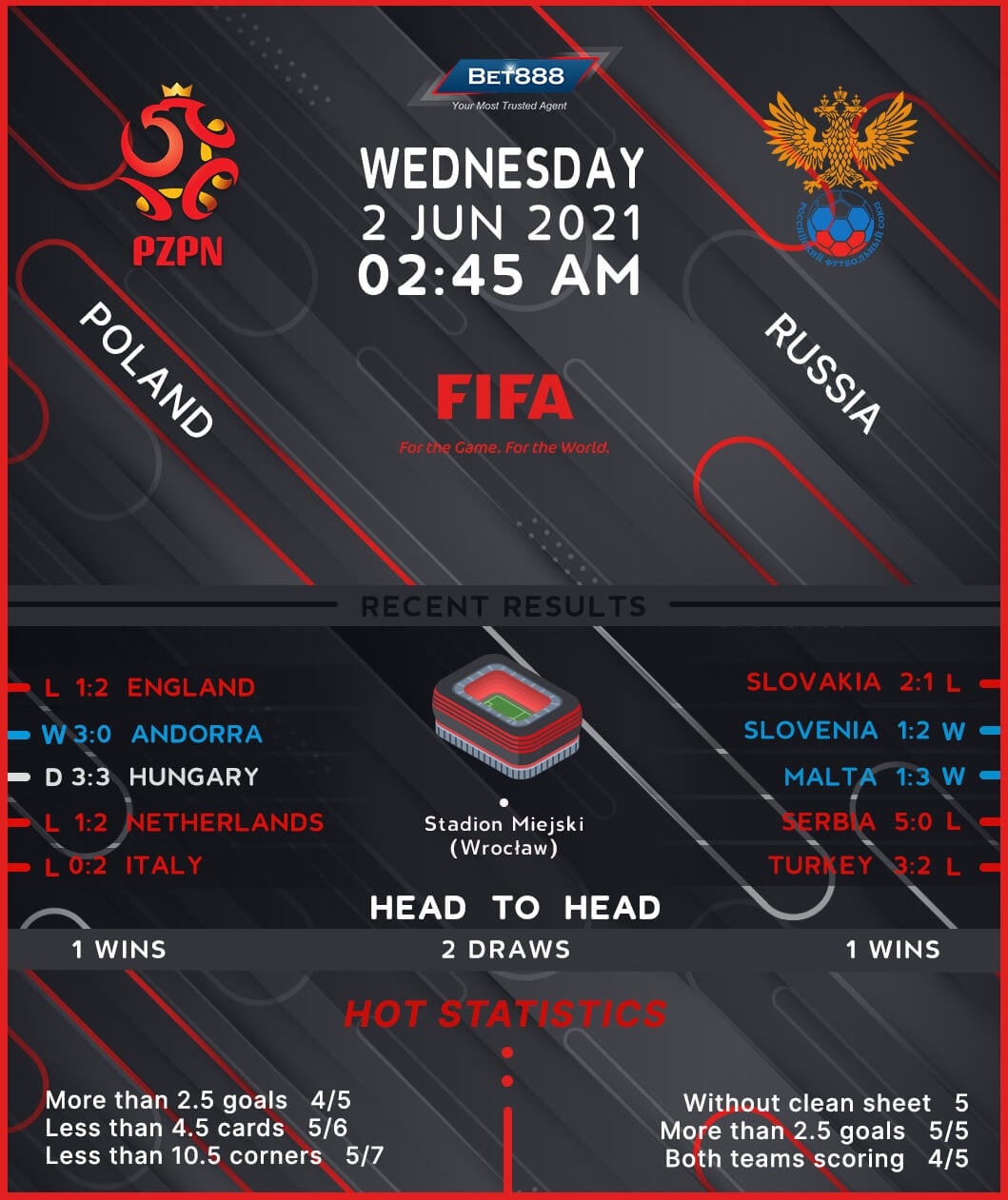