The Euro 2020 Group E action gets underway at the Saint-Petersburg Stadium as Poland and Slovakia lock horns in their tournament opener.

Poland have reached their fourth consecutive European Championship tournament since making their competition debut in 2008. Euro 2016 Group C triumphs against Northern Ireland and Ukraine remain Poland’s only wins at the European Championships if considered only 90 minutes of play (D6, L3). Despite exiting the competition in the quarter-finals, the ‘Eagles’ finished the last Euro edition as the only nation never to trail at any point in regular or extra-time. Poland’s sluggish starts to their major tournament ventures could give Paulo Sosa a reason for anxiety, with the Poles claiming a single victory in their nine opening games at both World Cups and Euro finals (D4, L4). Additionally, Poland have failed to win six of their last seven international matches ahead of Euro 2020 D3, L3), conceding over 1.5 goals five times in the process.

Slovakia are taking part in their third major international tournament after reaching the 2010 World Cup and Euro 2016. Both of Slovakia’s previous appearances at major international tournaments were interrupted in the round of 16, including a 3-0 thrashing to Germany at Euro 2016. Worryingly, the ‘Falcons’ have failed to win three times in their four games at the Euro finals (D1, L2), with a 2-1 win against Russia in the 2016 group phase being the solitary exception to this run. Warming up for Euro 2020, Stefan Tarkovic’s men have been held to four stalemates in their last five international outings (W1), coming from behind to avoid defeat twice in that spread of fixtures. The Slovakians have failed to get on the scoresheet three times in their last six internationals, with four of their five strikes in that sequence arriving before the 60th minute. 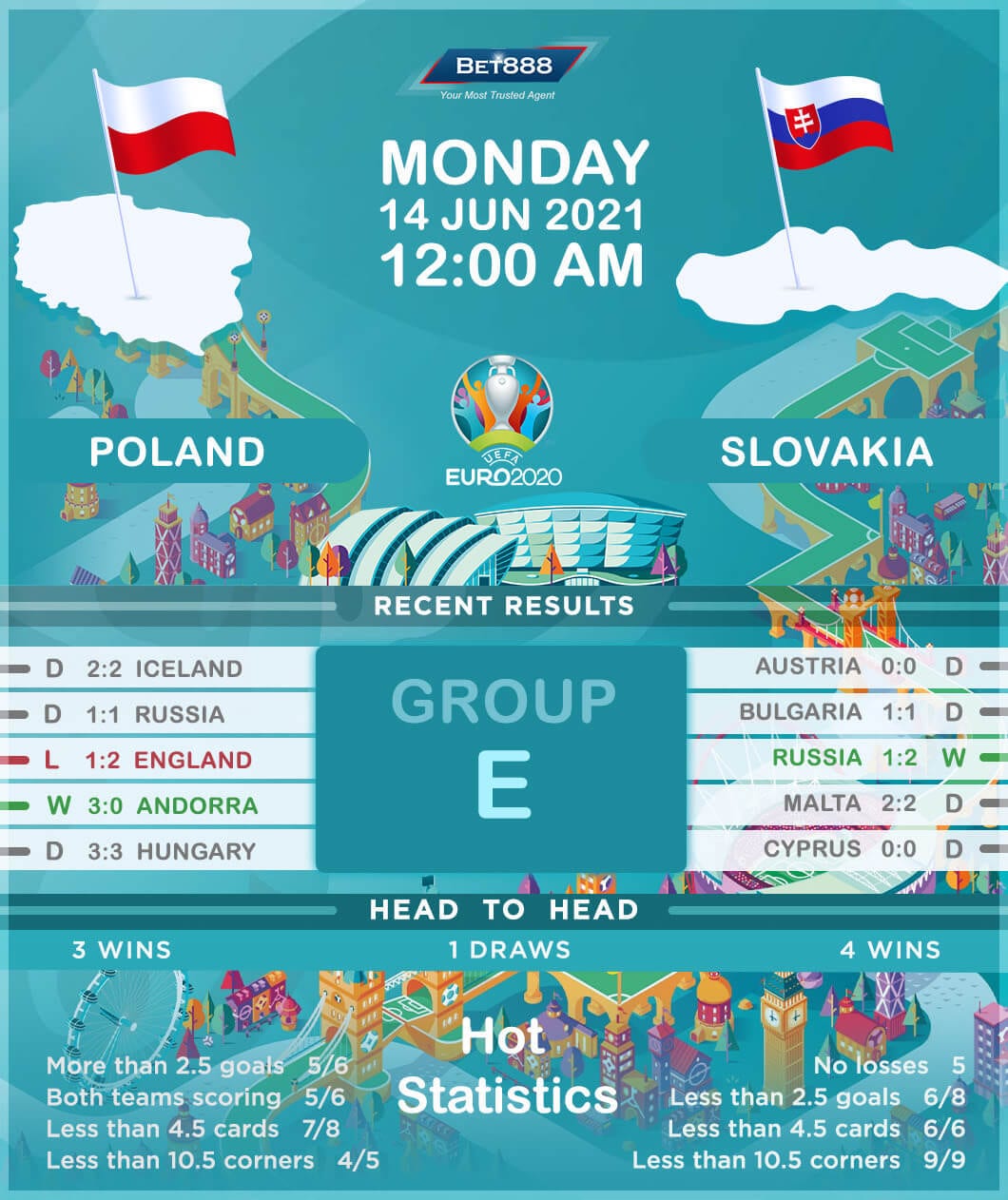