Estadio Ramón Sánchez Pizjuán is the venue as Porto and Chelsea go head-to-head in the first leg of their UEFA Champions League quarter-final tie.

Despite entering their last-16 tie against Juventus as underdogs, Porto advanced to the quarter-finals on the away goal rule (2-1 H, 2-3 A), last coming this far in the Champions League back in 2018/19. However, since their triumphant 2003/04 campaign, the Portuguese heavyweights have lost four of their six matches in the Champions League quarter-finals (W1, D1), with the lone victory in that sequence courtesy of a 3-1 thumping of Bayern Munich in 2014/15. At home, the ‘Dragons’ have suffered just three defeats in their last ten Champions League games (W5, D2) and have only conceded once in four such fixtures this season (W3, D1). Before holding Manchester City to a goalless draw on Matchday 5, Porto had lost three consecutive home encounters to English sides, albeit they boast a positive home record against such opposition (W8, D7, L5).

Meanwhile, Chelsea ousted Atletico Madrid in their round-of-16 tie on an aggregate score of 3-0 (1-0 A, 2-0 H), maintaining all almost perfect record in the Champions League this season (W6, D2). Notably, Thomas Tuchel’s men have conceded just two goals this Champions League campaign, fewer than any other side to reach the quarter-finals. The ‘Blues’ have secured their place in the competition’s last-eight for the first time since 2013/14 and will now be looking to move on to the semis for the first time since lifting the trophy in 2011/12. The Premier League giants have been ruthless against Portuguese opponents in major European competitions, winning 76.92% of such contests (W10, D1, L2). They were also victorious in their only previous meeting with Portuguese opposition on neutral territory, overcoming Benfica in the 2012/13 UEFA Europa League final. 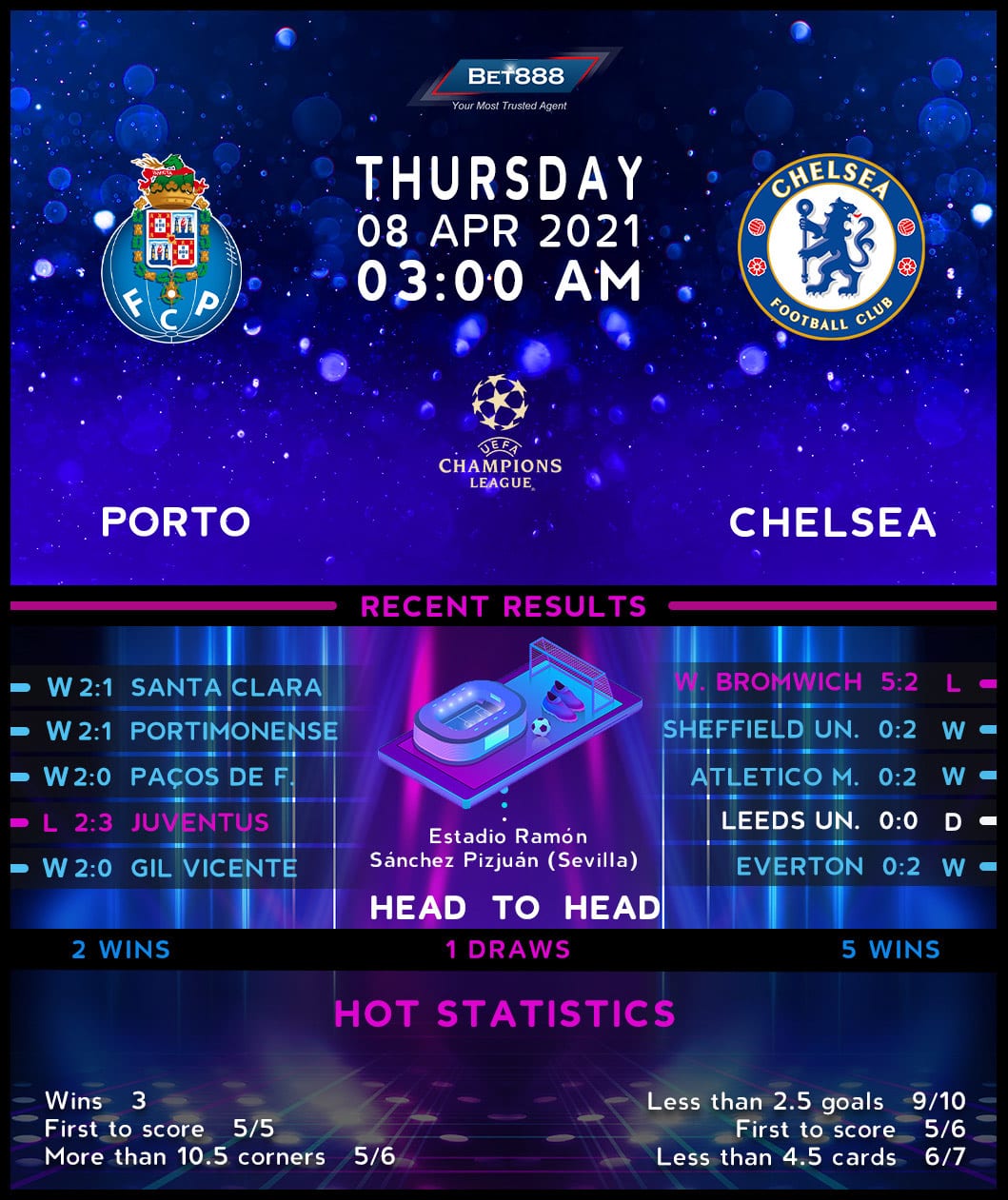