Porto and Juventus go head-to-head at the Estádio do Dragão in the first leg of their UEFA Champions League last-16 tie.

Since losing 3-1 away at Manchester City on Matchday 1, Porto have gone relentless, keeping a clean sheet in each of their subsequent five Champions League matches (W4, D1) while scoring 2+ goals on four occasions in that run. Coming into this encounter, the ‘Dragões’ remain the only side yet to concede a single goal at home this Champions League campaign. However, Sérgio Conceição’s men have continuously struggled to impress in the competition’s knock-out stage over the past few years, failing to win eight of their last nine such fixtures (D1, L7). It will be a daunting task for Porto to improve those stats now, as they take on a side they’ve failed to win against in any of their five historical meetings in major European competition (D1, L4).

Meanwhile, Juventus won all but one of their six Champions League fixtures this season (L1) to finish top of Group G, level on points with second-placed Barcelona. Andrea Pirlo’s men have been quite convincing en route to securing a place in the competition’s knock-out stage, as four of their five Champions League wins this season have come by at least a two-goal margin, including all three away successes. By extension, ‘I Bianconeri’ have claimed 11 triumphs in their last 13 outings in Europe’s elite club tournament (L2), returning a +18 goal difference from those fixtures (GF:26, GA:8). Furthermore, Juventus have won 58.82% of their European meetings with Portuguese sides (GP:17 – W10, D3, L4), with their last defeat in such encounters coming against Benfica in the semi-finals of the UEFA Europa League 2013/14 campaign. 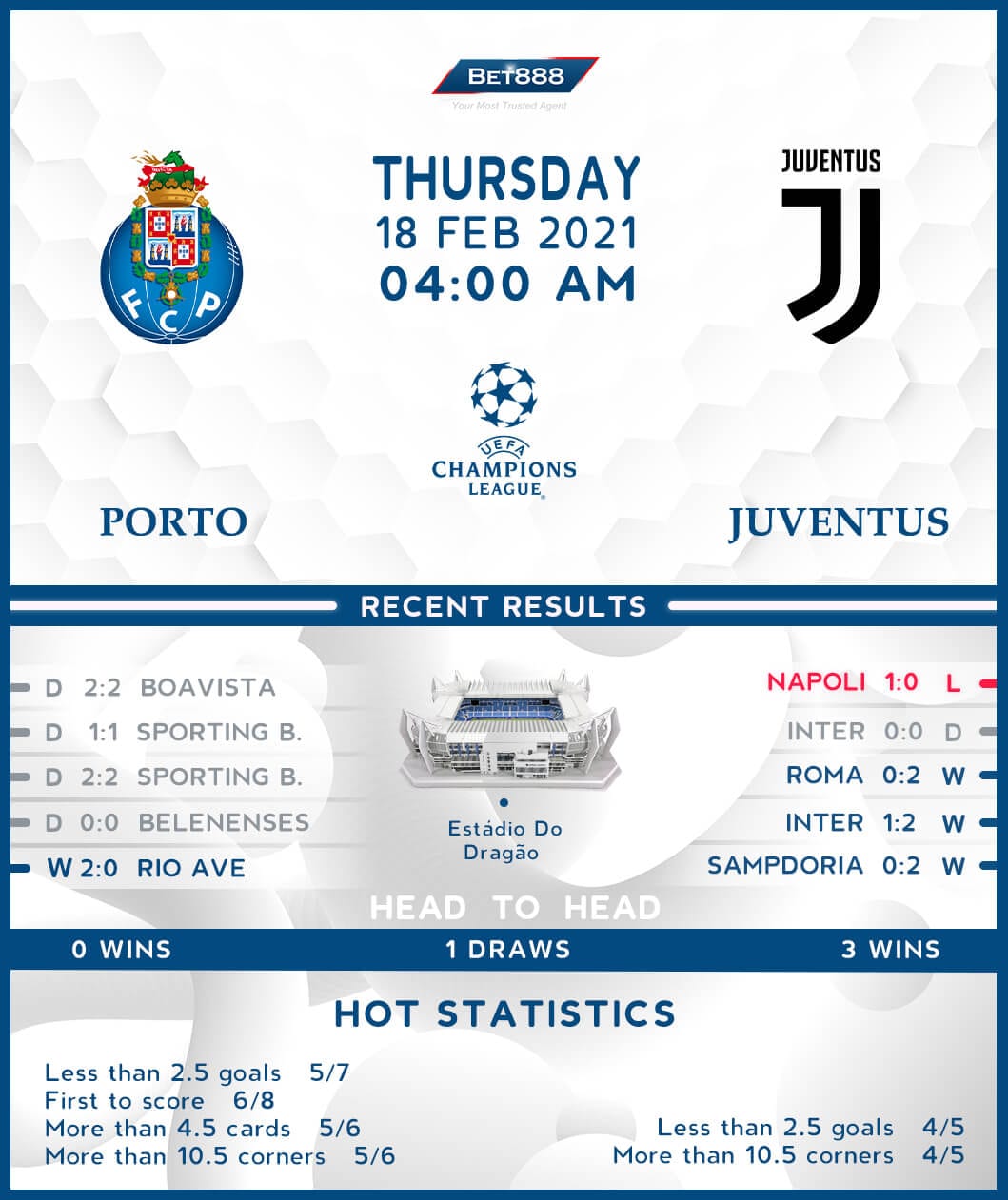