The UEFA Champions League clash between Porto and Manchester City at the Estádio do Dragão will see the two sides battle it out for a top place in Group C.

The hosts have hit the ground running in Europe since succumbing to a 3-1 loss to Manchester City on Matchday 1, winning each of their subsequent three group stage matches via multiple-goal margins and without conceding. Quick out of the blocks, the ‘Dragons’ have opened the scoring in the first half in each of their opening four group stage fixtures, finding the net within 15 minutes on three of those occasions. But, they have lost three of their previous European clashes against Manchester City via an aggregate score of 2-9, conceding over 1.5 goals in each match. Additionally, four of Porto’s last five games versus the Premier League clubs in the Champions League have ended in a loss (D1), with their only defeat in their seven previous Champions League home fixtures coming at the hands of English opposition (W6).

On the other hand, the visitors have won each of their opening four group stage games, scoring precisely three goals per match on three of those occasions. Indeed, free-scoring ‘Sky Blues’ have found the net in the first half in each fixture during that four-match sequence, netting precisely two second-half goals in three. It’s, however, worth noting that they have bagged under 1.5 goals in five of their last eight competitive outings. But, Manchester City must be confident of maintaining their 100% start to the competition, knowing they have won five of their last seven European trips to Portugal (D1, L1). Also, Pep Guardiola’s men have notably improved their defensive structure, as they’ve already racked up three clean sheets in the Champions League this term compared to just two in nine matches last season. 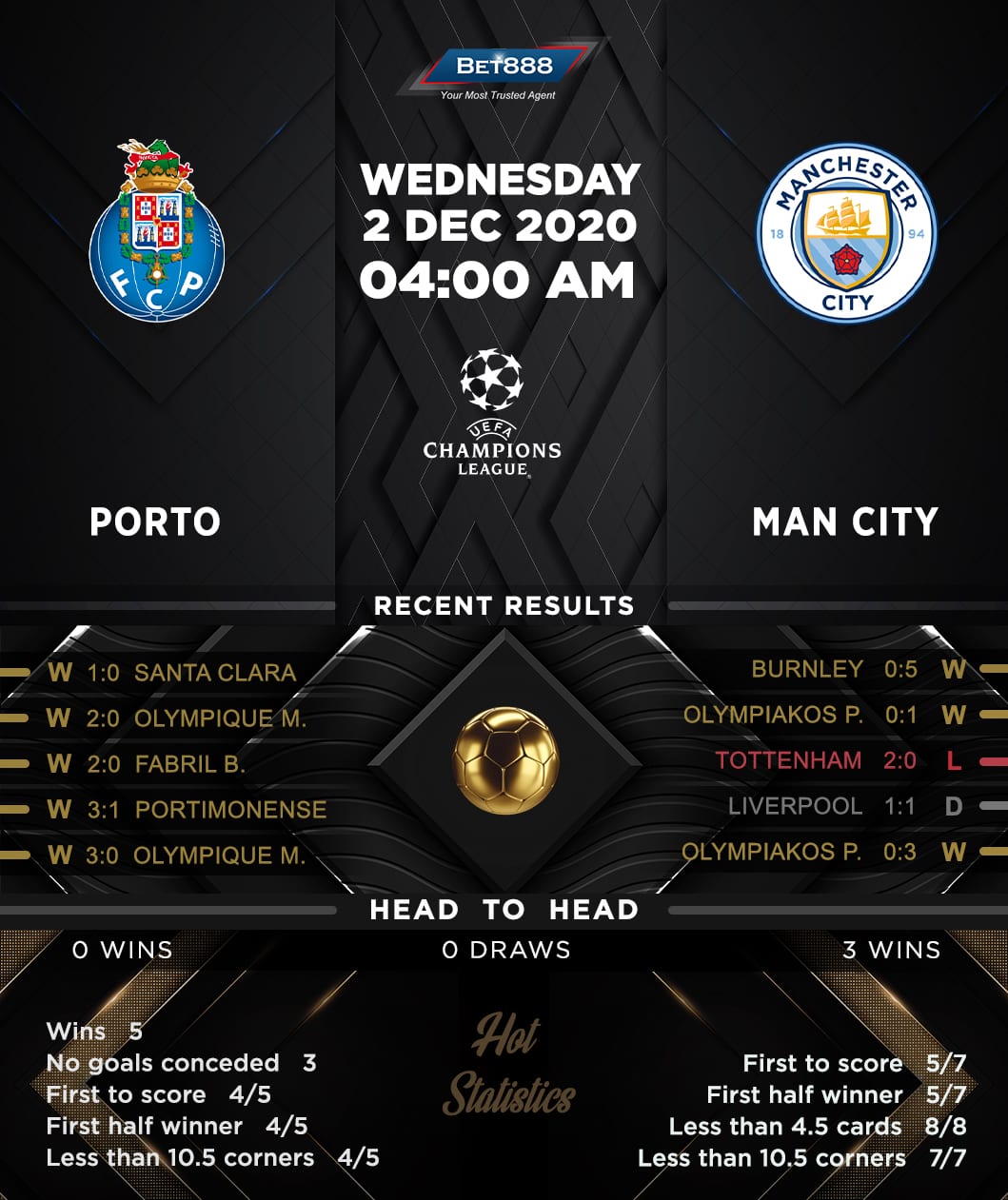