Portugal and Azerbaijan being their World Cup Qualification campaigns at the Allianz Stadium in their Group A opener.

Despite being stripped of home comforts in this Turin-held encounter, Portugal are an overwhelming favorite heading into proceedings on a nine-match winning streak in World Cup Qualification fixtures. Spearheaded by Cristiano Ronaldo, Fernando Santos’ men bagged over 2.5 goals in six of those nine victories. When it comes to their recent form, ‘A Seleção’ have picked up seven triumphs in their last ten games (D2, L1), friendlies included, notably winning both halves six times in the process. Additionally, Portugal have been relentless against the teams of Azerbaijan’s stature in the World Cup qualifiers, as evidenced by the fact each of their previous eight successes in such contests yielded an average winning margin of 2.88 goals. In turn, their last three such showdowns held on foreign soil have seen them net precisely two goals beyond the 60-minute mark.

Meanwhile, a return of one win from their last ten matches overall (D4, L5) suggests Azerbaijan might fulfill the role of group whipping boys, especially given that they failed to get on the scoresheet eight times across that ten-game stretch. Gianni De Biasi’s men cannot find much comfort in their recent World Cup Qualification fortunes either, knowing they have lost six of their last seven such clashes, four of which via at least a two-goal margin. Adding to a long list of worries, they have lost each of their previous four competitive meetings with Portgual via an aggregate score of 10-0, finding themselves on the wrong side of 2+ goals to nil second-half scoreline in each of the last two. Away from home, Azerbaijan have scored just once in their last six games overall, courtesy of a 1-0 win over Cyprus in the UEFA Nations League in September 2020. 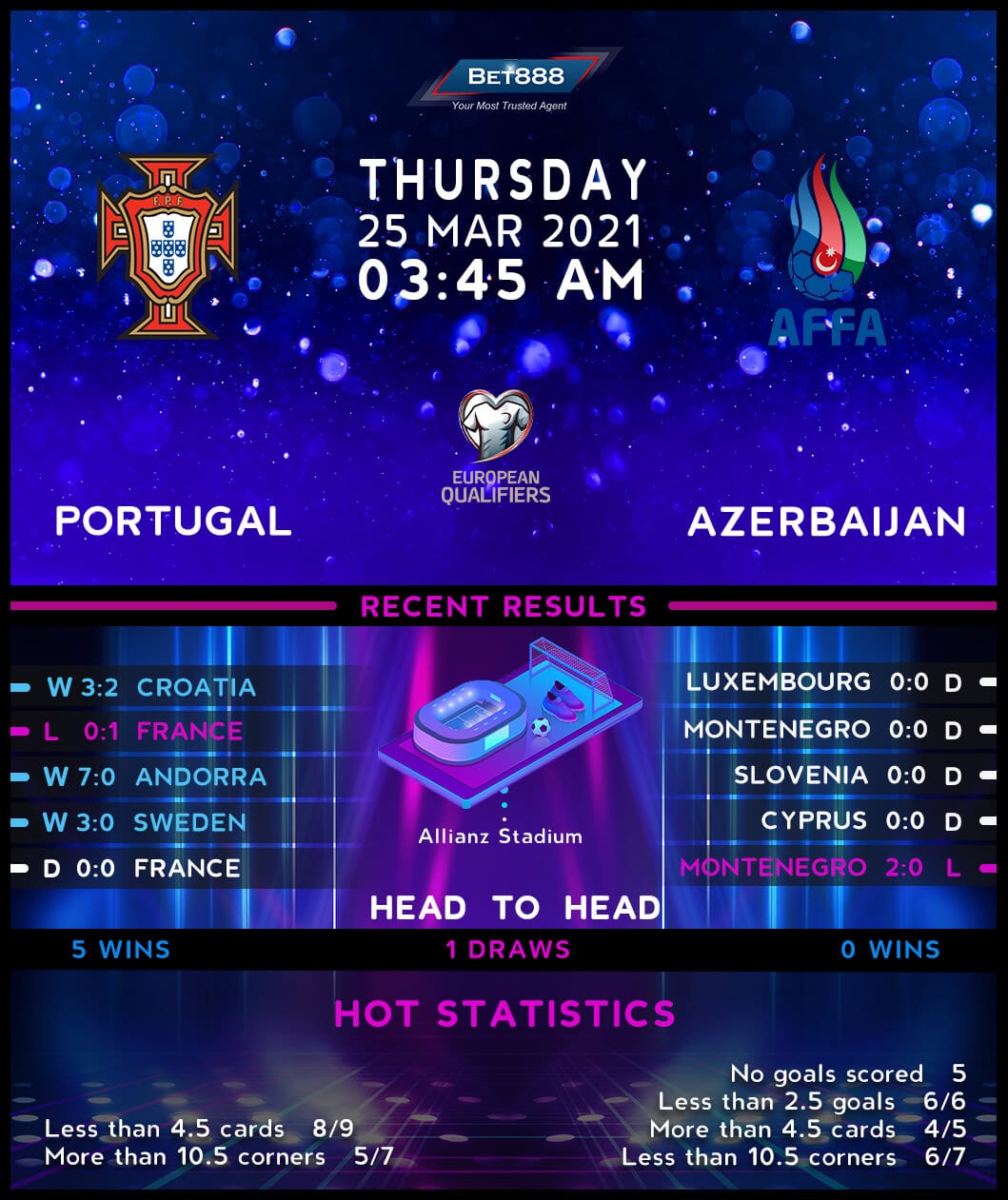