Portugal will return to the Puskas Arena for a mouth-watering clash against France in their final Euro 2020 group fixture.

Following a 3-0 thrashing of Hungary in their Euro 2020 opener at this venue, Portugal succumbed to a dismal 4-2 defeat to Germany on the following matchday in Munich. Worryingly, Fernando Santos’ men have lost two of their last three matches at the World Cups and European Championships combined, one more than they dealt with in their previous 17 such fixtures (W8, D8, L1). The ‘Selecao’ stare at the prospect of becoming the first reigning Euro champions to suffer group stage elimination since Greece in 2008 if they lose this encounter. Such a scenario is not beyond the realm of possibility, considering Portugal have managed just a single win in their last 13 clashes against France, with a 1-0 extra-time in the Euro 2016 final the solitary exception in that run. They can draw confidence from going unbeaten in their last five ‘Matchday 3’ matches at major tournaments (W2, D3).

On the other hand, France kicked off their Euro 2020 campaign with a narrow 1-0 win over Germany before playing out a dismal 1-1 draw with Hungary at the Puskas Arena. Having already qualified for the Euro 2020 knock-outs, France will be looking to defy their ‘Matchday 3’ hoodoo that has seen them fail to win any of their last six final group matches across major tournaments (D3, L3). Yet, ‘Les Bleus’ are confident of staying unbeaten here, having avoided defeat in each of their last 11 group fixtures at major tournaments (W7, D4). A tight, keenly-contested affair is very much on the cards, though, considering each of the previous six H2H meetings between France and Portugal has yielded a full-time margin of under 1.5 goals (W4, D2 – 90 minutes only). 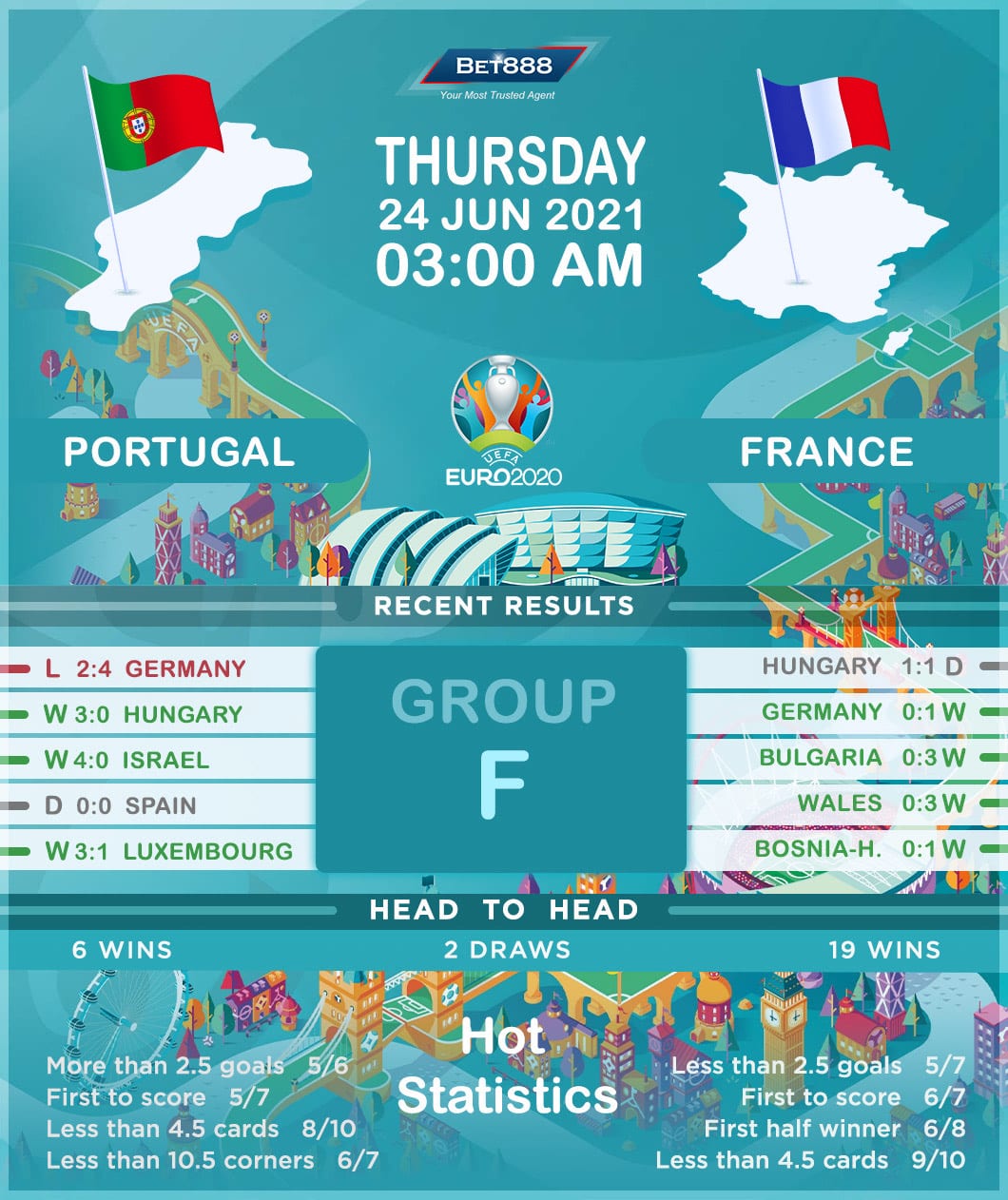