Portugal’s final preparation fixture ahead of the upcoming Euro 2020 pits them against a resurgent Israel side at the Estádio José Alvalade.

A goalless away draw with Spain in their most recent outing leaves Portugal at a single loss in 14 internationals (W9, D4) – courtesy of a 1-0 home defeat to France in the UEFA Nations League in November 2020. Portugal’s recent international fixtures have been tight affairs, with five of the last six either drawn or won/lost by a single-goal margin (W3, D2, L1). Curiously, before drawing a blank against Spain, ‘A Seleção’ had found the net inside the final ten minutes of the first half in three consecutive matches. Scoring here should not be an issue, considering the reigning European Championship titleholders have netted at least one goal in all five historical H2Hs against Israel, notching up 2+ goals twice in their three meetings in the 21st century (W1, D2).

On the other hand, the visitors have experienced an upturn in form ahead of this trip, going from two consecutive matches without winning (D1, L1) to back-to-back triumphs, both of which saw them win by 3+ goals ‘to one.’ Particularly lethal after half-time, the ‘Chosen Team’ have netted precisely three second-half goals in their last two international fixtures, with their tally of seven strikes across those matches eclipsing their haul for their previous seven games. There’s been plenty of action in Israel’s recent fixtures on foreign soil, with three of their last four games away from home seeing over 3.5 goals and both teams on the scoresheet (W3, L1). Worryingly, though, Willibald Ruttensteiner’s men have failed to keep a clean sheet in nine of their last ten road trips. 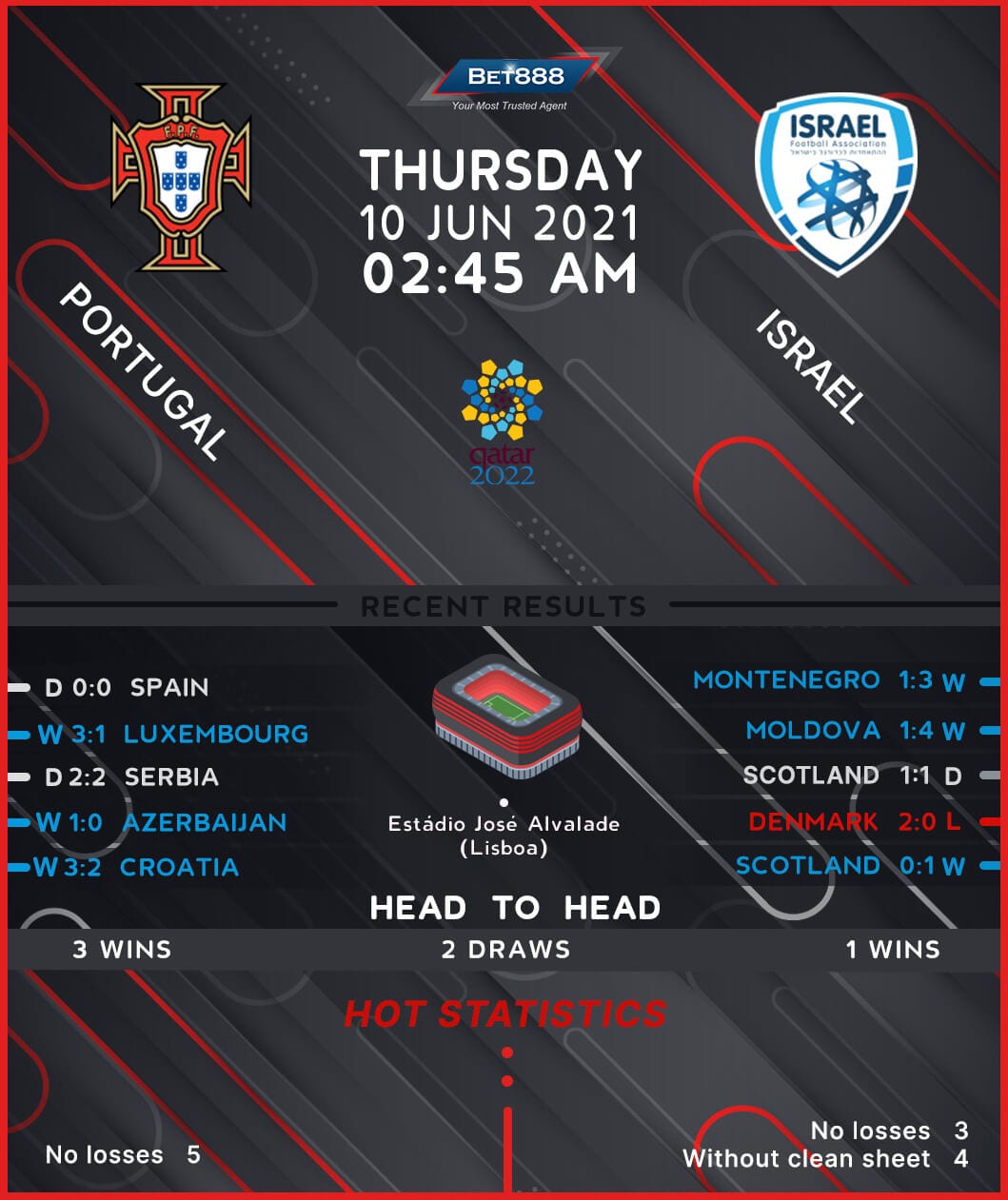