Paris Saint-Germain and Bayern Munich go head-to-head at the Parc des Princes in the return leg of their UEFA Champions League quarter-final tie, with the hosts running out 3-2 victors in the first leg in Germany.

Before Bayern’s 1-0 win in last season’s Champions League final, each of the previous eight H2Hs between the side came in the competition’s group stage, with all but one of those encounters won by the home side. Despite losing the abovementioned final, ‘Les Parisiens’ still boast a positive H2H stake against Bayern (W6, L4). Curiously, none of PSG’s last eight European meetings with German oppositions have ended in a draw (W4, L4). However, Paris have never lost a home match against Bundesliga sides in major European competitions, having won all but one of their nine fixtures against German visitors (D1). Notably, the reigning French champions have progressed from 17 of the 18 UEFA two-legged ties in which they won the first leg away from home, the lone exception courtesy of a 3-3 aggregate defeat to Manchester United in the 2018/19 round of 16 (2-0 A, 1-3 H).

PSG became the first side to inflict Champions League defeat on Bayern Munich under Hansi Flick, with the German manager winning 16 of his previous 17 managerial fixtures in the competition (D1). Furthermore, a reverse in Munich was only Bayern’s second Champions League reverse in their last 30 outings in the competition (W23, D5). Adding to the visitors’ confidence, they have not lost a single Champions League match in their last 17 trips, going winning in ten successive trips prior to a 1-1 draw at Atletico Madrid on Matchday 6. Interestingly, though, Bayern’s last away defeat in Europe’s most prestigious club competition came at the hands of Paris on Matchday 1 of the 2017/18 UEFA Champions League (1-3). Victories over Paris and Lyon in last season’s knock-outs made Bayern’s record in European knock-out ties versus French opposition W7, L1. 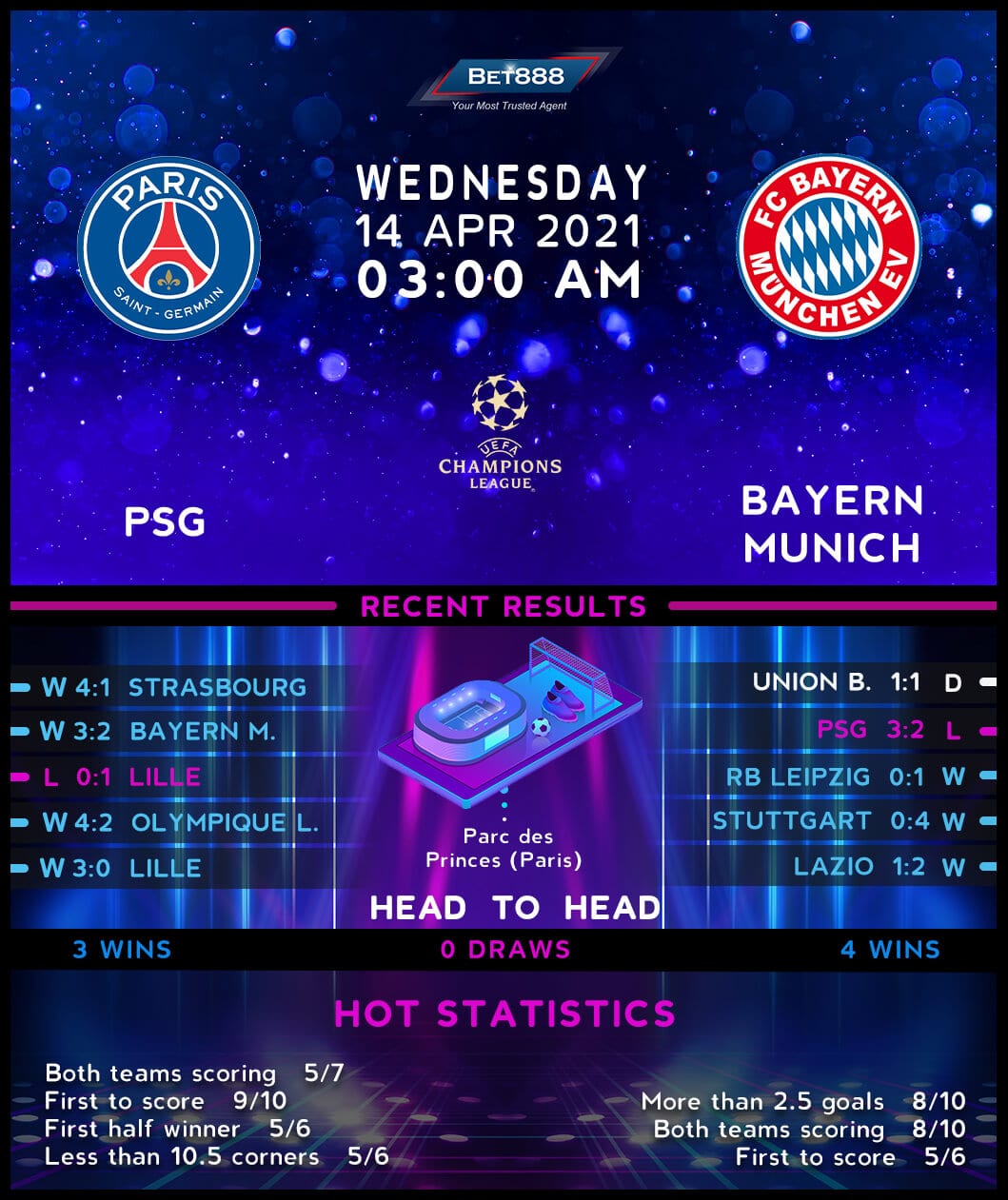