PSG will be looking to return to winning ways in Ligue 1 when they meet Bordeaux at the Parc des Princes.

After clinching a narrow 1-0 Champions League win over RB Leipzig, PSG will be looking to bounce back from a 3-2 Ligue 1 defeat to Monaco last time out. Before losing to Monaco, ‘Les Parisiens’ had won eight league matches in succession, conceding just once during that run. Notably, six triumphs during that winning run came by at least a three-goal margin, with four seeing PSG get on the scoresheet within 11 minutes of play. PSG enter this encounter odds-on favorites to pick up the victory that would be their fifth consecutive over Bordeaux at home in Ligue 1. Quick out of the blocks, Thomas Tuchel’s men have netted a league-high 12 first-half goals, which also beats Bordeaux’s tally of ten Ligue 1 goals scored for the season.

Meanwhile, a narrow 1-0 win over Rennes on the road last time out did bring Bordeaux’s three-game losing away streak to an end, though the visitors’ struggling for goals continues. Indeed, ‘Les Girondins’ have now netted under 1.5 goals in each of their last four Ligue 1 trips, failing to score in the first half on three of those occasions. But, Jean-Louis Gasset’s men have found the net beyond the 75th minute in two of their five away league matches while keeping a clean sheet in that same timeframe. Early action was, however, at a premium across that five-game sequence, with just one goal coming within the opening 15 minutes of play. Yet, this could be a high-scoring affair, considering that two of their last three top-flight H2Hs held at this venue have seen over 6.5 goals and both teams score at least twice. 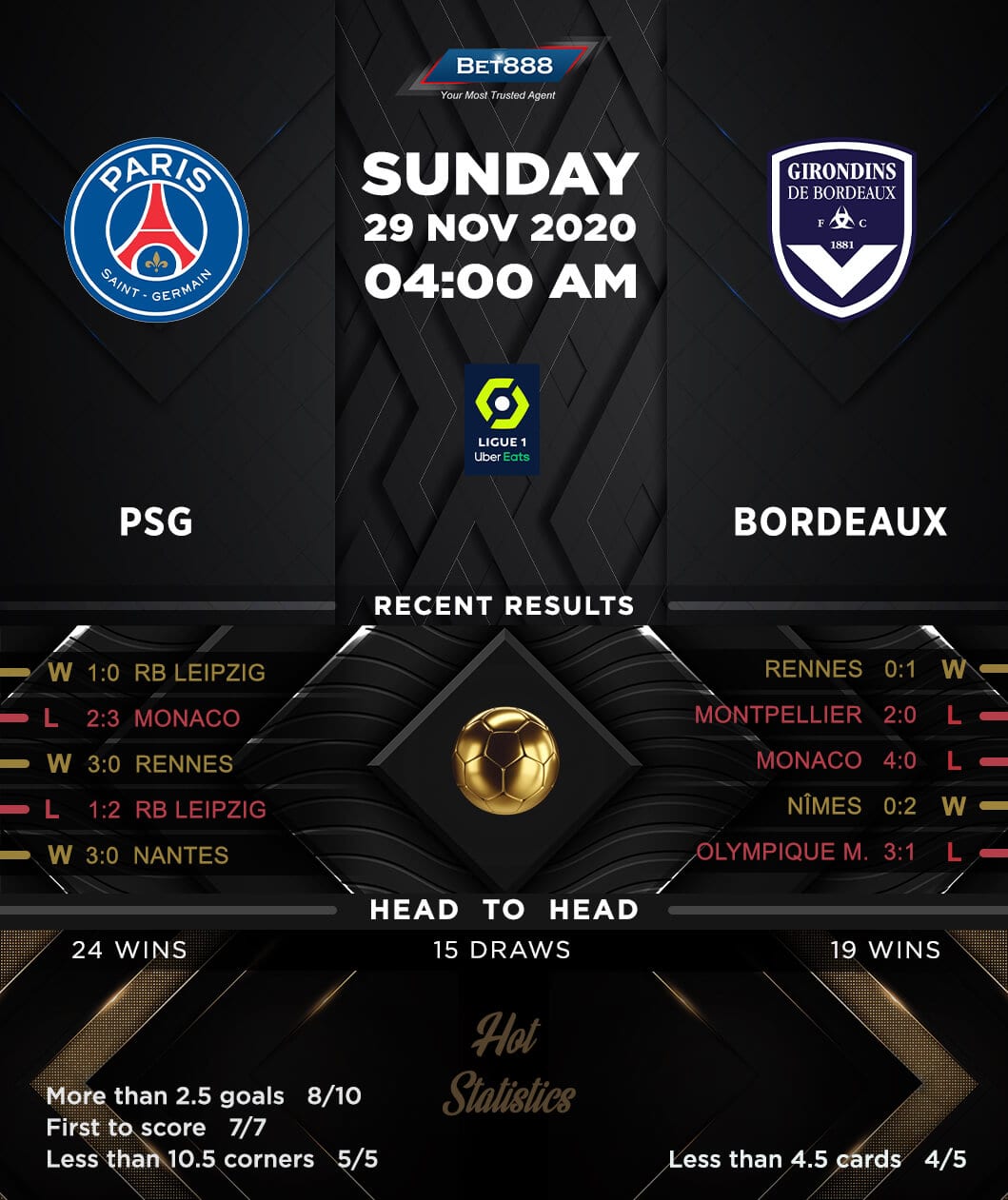