Parc des Princes is the venue as Paris Saint-Germain and Lille battle it out for the top of the Ligue 1 table.

PSG endured a topsy-turvy period ahead of the international break, registering partial success across their last five Ligue 1 fixtures (W3, L2). Yet, they sit atop the league table ahead of the kick-off, albeit level on points with a Lille side they have managed to shut out in each of their last four competitive H2Hs (W3, D1). After being held to a goalless draw in the reverse fixture back in December, Paris could fail to beat this opposition in consecutive top-flight meetings for the first time since 2012. However, such a scenario seems highly unlikely to occur, considering the perennial French champions have not lost any of their previous 21 Ligue 1 encounters with Lille at home (W13, D8), winning the last four in a row. Worryingly, though, Mauricio Pochettino’s men head into proceedings on the back of two straight home league defeats.

On the other hand, a 2-1 home loss to Nimes on the eve of the international break hampered Lille’s 11-match unbeaten run in Ligue 1 (W8, D3), and it was only the second time in 2021 that they had conceded over 1.5 goals per league game. It has been over a year since ‘Les Dogues’ last lost back-to-back Ligue 1 fixtures, and they can take comfort in the fact that they’ve only lost once in their previous 17 away league clashes (W12, D4). Remarkably, only Internazionale and Atletico Madrid have suffered fewer league defeats (2) than Lille (3) in Europe’s top-five divisions this season. The visitors’ hopes of winning here will hinge on the way they enter the game, given that they have won 92.86% of the Ligue 1 matches in which they were leading at half-time this term (GP14 – W13, D1), including all eight on the road. 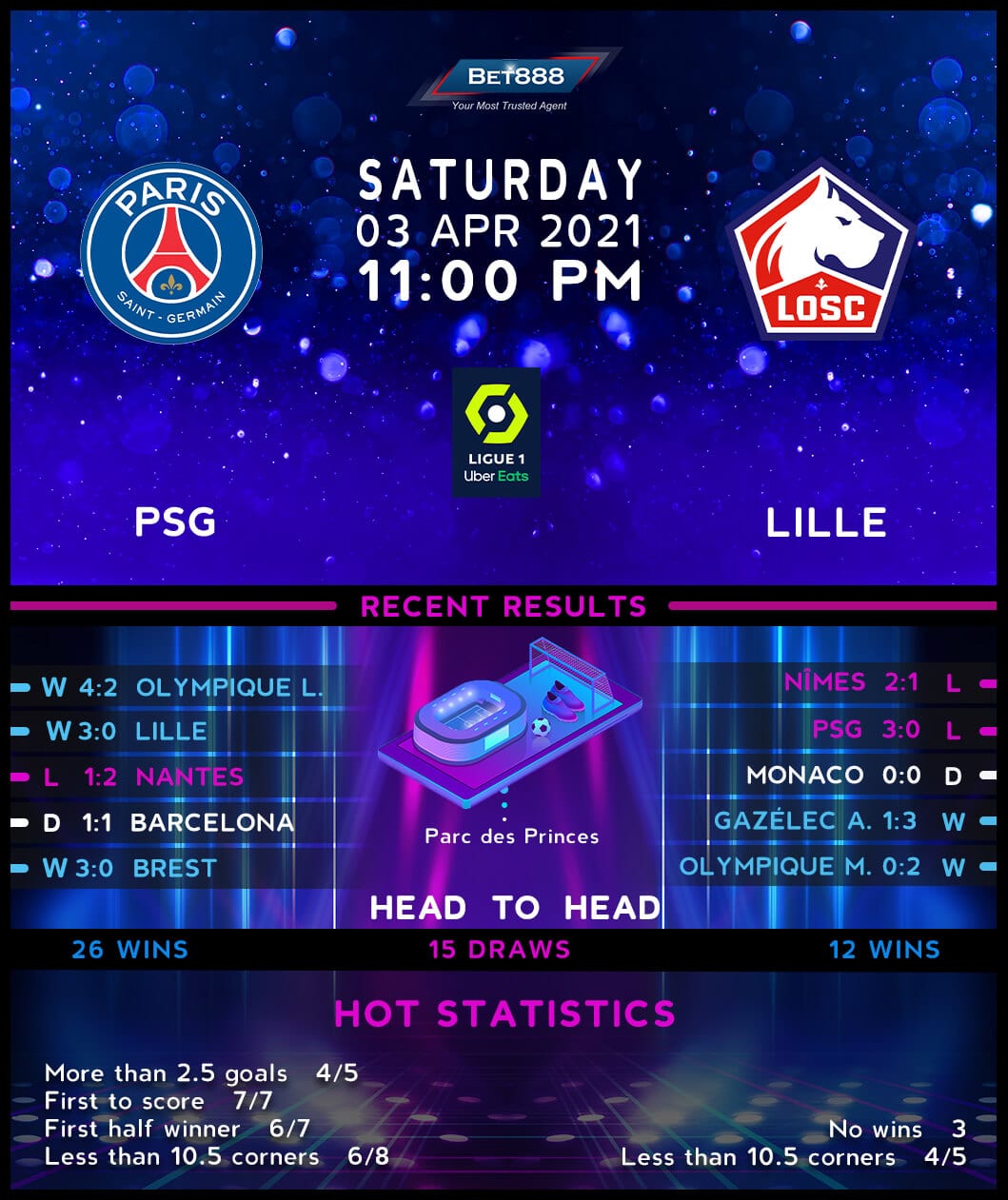