PSG will be looking to return to winning ways in Ligue 1 when they meet newly-promoted Lorient at the Parc des Princes.

PSG lost 1-0 to Olympique Lyonnais at home last time out, which means they have now won just one of their four prevoius Ligue 1 matches (D1, L2). Interestingly, ‘Les Parisiens’ have lost four of their opening 14 league fixtures for the first time since 2009/10, with three of those defeats coming by the same 1-0 scoreline. Also, Thomas Tuchel’s men have conceded the first goal in both of their previous home league games (D1, L1) and are now facing the risk of losing three such contests in a row for the first time under the Qatari ownership. However, the reigning French champions have won each of their last nine top-flight meetings with Lorient and are undefeated in their 26 previous matches against promoted sides in Ligue 1 (W24, D2). If PSG win here, they are likely to do it with some dignity, as evidenced by the fact each of their last three home league victories has come by at least a three-goal margin.

Meanwhile, a 3-0 thumping of Nimes at the weekend did bring Lorient’s disastrous six-game winless Ligue 1 streak to an end (D1, L5), propelling them outside the relegation zone. But, no team has registered fewer away league points than ‘Les Merlus’ (4) so far, with Christophe Pélissier’s men losing both of their previous Ligue 1 trips ‘to nil’ and by at multiple-goal margins. Indeed, a lack of firepower up front has seen Lorient draw a blank in four of their seven away league fixtures, including the last three. Furthermore, the visitors have never defeated the reigning Ligue 1 champions on the road (D3, L10), losing their last five such contests. 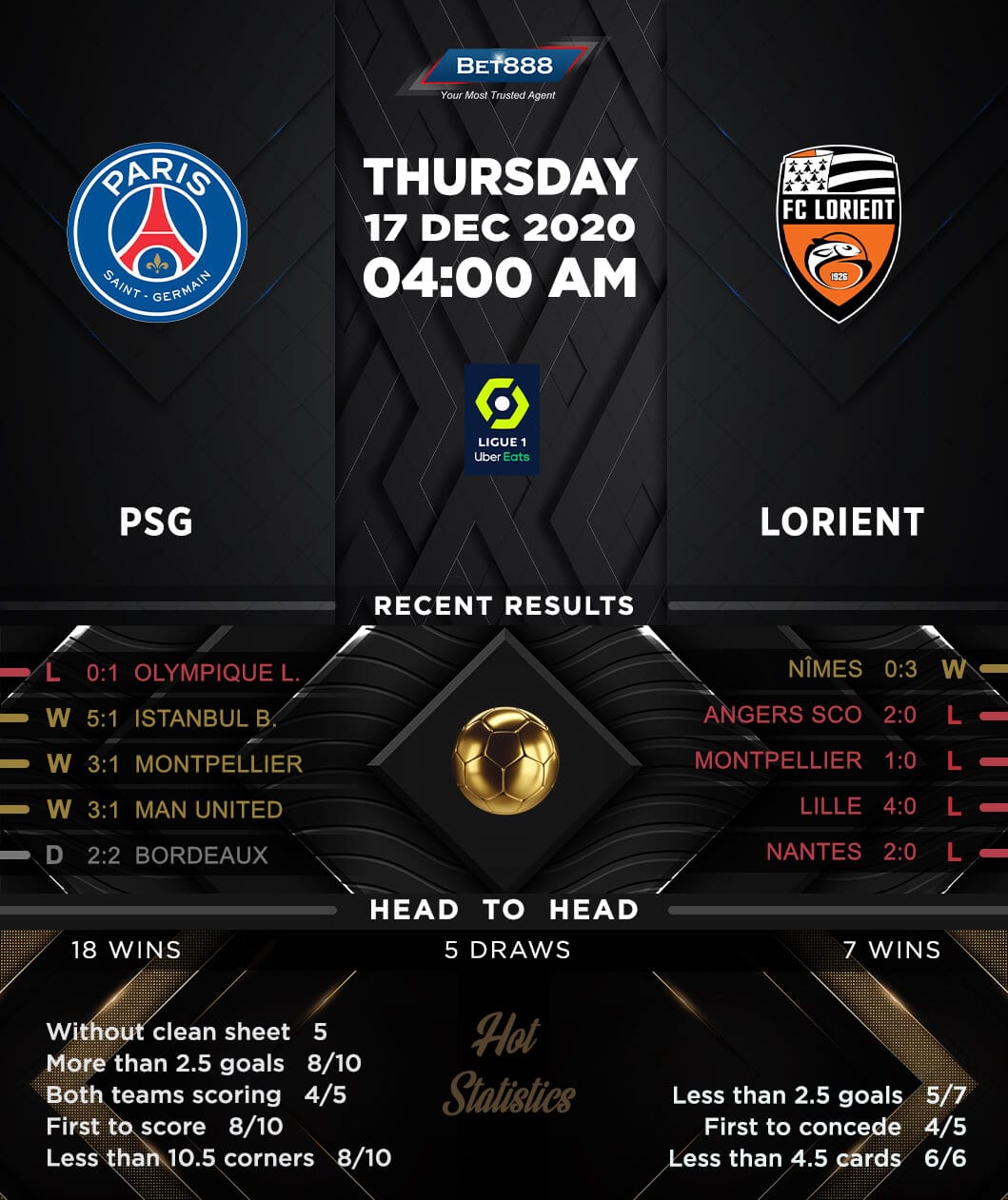