Two sides seeking their first UEFA Champions League title are set to trade tackles at the Parc des Princes as Paris Saint-Germain meet Manchester City in the first leg of their semi-final tie.w

Remarkably, Mauricio Pochettino’s men have found the back of the net in 43 of their last 45 Champions League matches, with identical 1-0 defeats to Bayern Munich lone exceptions. Before a 1-0 loss to Munich in the return leg of their quarter-final tie, ‘Les Parisiens’ had got on the scoresheet in 23 consecutive Champions League games at home. Despite losing just five of their last 60 European fixtures at the Parc des Princes (W38, D17), three of those defeats have come at the hands of English visitors (W1). Additionally, perennial Ligue 1 champions have bowed out in both of their two-legged ties against Premier League sides. Encouragingly, though, the French heavyweights have won 64.29% of their last 28 matches in the Champions League (D4, L6), including six of ten this season (D1, L3).

On the other hand, Manchester City coasted through to the knock-outs, having finished top of Group C without losing (W5, D1), returning a resounding +12 goal difference in the process (GF:13, GA:1). The runaway Premier League leaders secured a comprehensive 4-0 aggregate success against Borussia Monchengladbach in the round of 16 (2-0 A, 2-0 H) before winning both legs of their quarter-final tie versus Borussia Dortmund by the identical 2-1 scoreline. However, Pep Guardiola’s men have suffered elimination in both of their previous two-legged knock-out ties against Ligue 1 sides, including a shocking exit to Lyon in last season’s quarter-finals. Before dismantling Marseille 3-0 at the Stade Velodrome on Matchday 2, the ‘Citizens’ were winless in four European matches against French clubs on the bounce (D1, L3). Notably, though, since the beginning of the 2018/19 campaign, the English giants have netted an average of 2.48 goals per Champions League game. 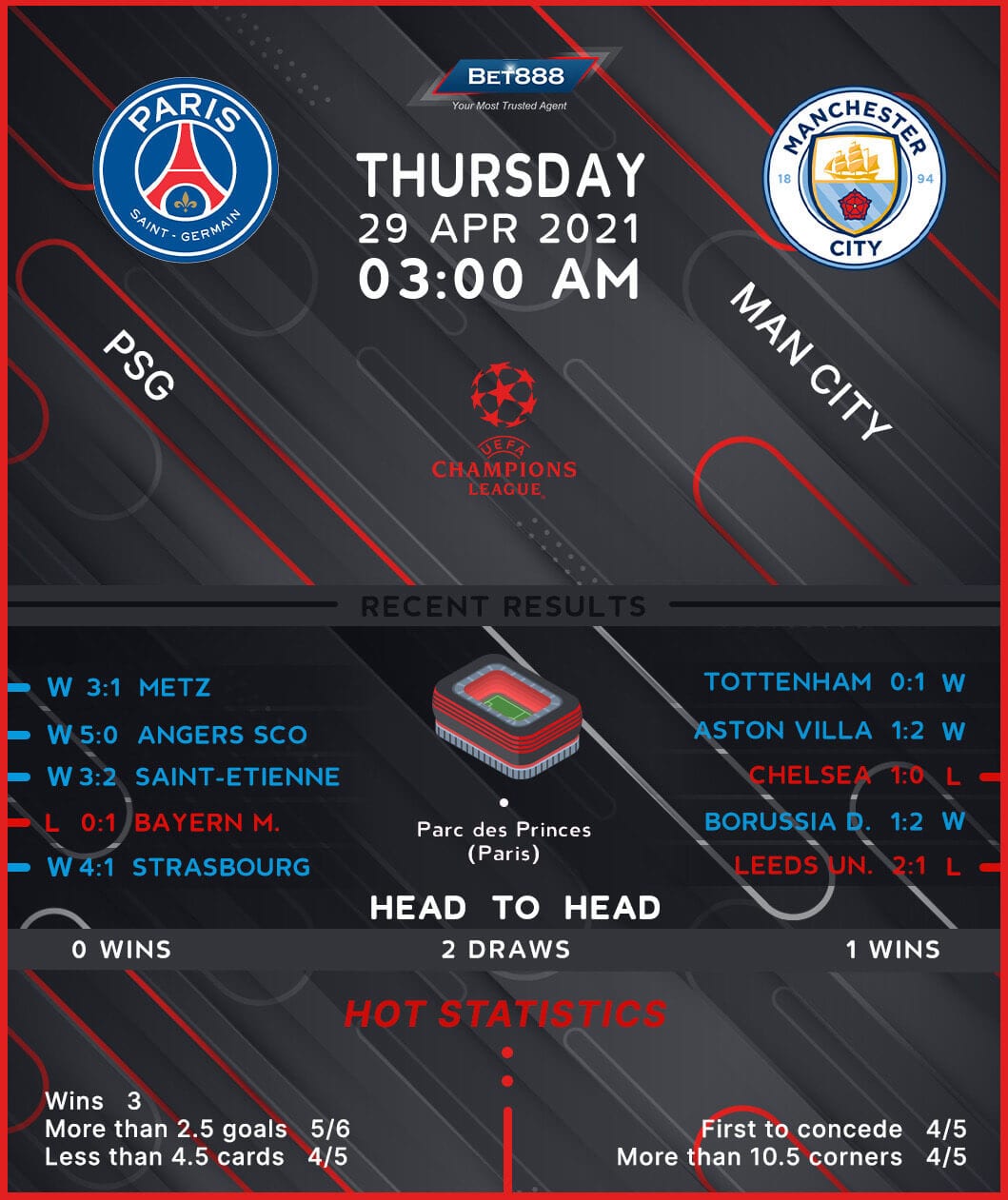