One of the most highly anticipated fixtures on the Ligue 1 football schedule will take place at the Parc des Princes, as Paris Saint-Germain meet Monaco.

After being held to a 1-1 stalemate at St Etienne on Mauricio Pochettino’s debut in the dugout, PSG have not drawn any of their subsequent ten fixtures in all competitions (W9, L1), winning each of the last five. Coming into this matchday, ‘Les Parisiens’ have won three consecutive Ligue 1 matches by an aggregate score of 7-1, cutting short the gap on top-placed Lille to a single point in the process. Additionally, the reigning French champions have been ruthless at home lately, winning their last seven home league matches by an aggregate score of 20-2. Given their intimidating firepower, it comes as no surprise that PSG have scored more home goals (34) than any other side this Ligue 1 campaign. Pochettino’s men are likely to add to their tally now, considering they’ve scored 3+ goals in each of their last four competitive H2Hs as hosts (4.5 per game).

Meanwhile, high-flying Monaco are unbeaten in their last ten Ligue 1 matches (W8, D2), though a 2-2 home draw with Lorient last time out brought their seven-game winning league streak to a halt. Ahead of the kick-off, ‘Les Monégasques’ have scored over 1.5 goals per game in nine consecutive top-flight outings, finding the net in both halves on eight occasions in that run. Notably, only PSG (32) have netted more second-half goals than Monaco (31) this Ligue 1 season. A leaky defense could be a problem, though, as Niko Kovac’s men have only kept a clean sheet twice in their 12 Ligue 1 trips so far, conceding an average of 1.83 goals per game in the process. Moreover, the visitors have shown no response after falling behind, surrendering the points in all four of their away league matches in which they shipped the opener this term. 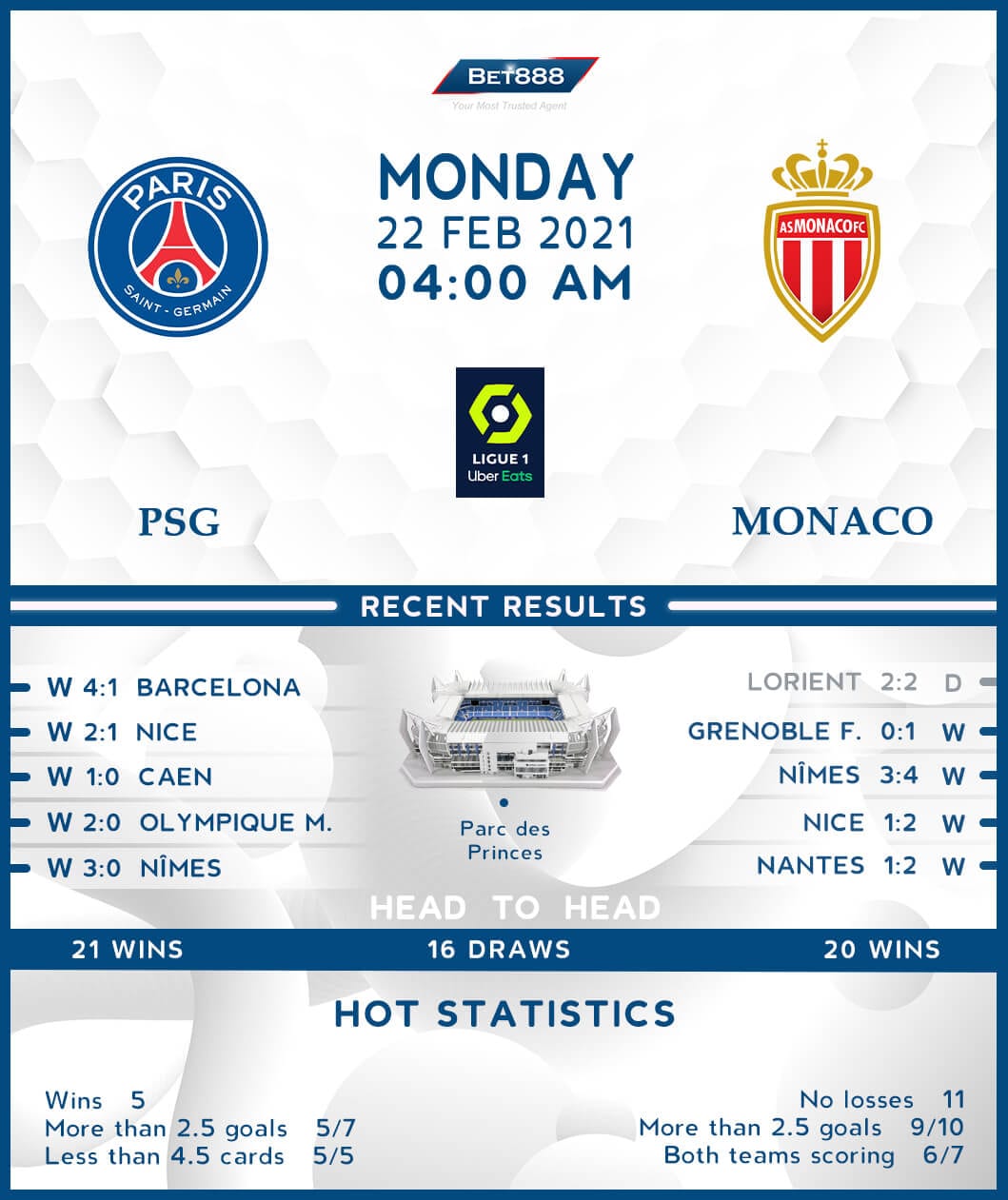