Paris Saint-Germain will be looking to post their fourth successive Ligue 1 win over Montpellier when the two teams meet at the Parc des Princes.

PSG have avoided defeat in six Ligue 1 games on the bounce (W4, D2) since losing 1-0 to Lyon on Matchday 14, beating their opponents ‘to nil’ in each success. In turn, ‘Les Parisiens’ have won seven of their ten home league matches this season (D1, L2), registering a shutout in six of those triumphs. Additionally, Mauricio Pochettino’s men boast the division-high 25 goals scored at home this season, 15 (60%) of which have come in the second half of play. The reigning French champions possess the ability to finish their home matches on a strong note, as evidenced by the fact that they’ve scored at least once inside the final 15 minutes of play in five of their ten home Ligue 1 fixtures while conceding none in that same timeframe.

Meanwhile, Montpellier take the field after failing to win any of their last six Ligue 1 outings (D2, L4), conceding 2+ goals on five of those occasions. Furthermore, a dip in form has seen ‘La Paillade’ go from four consecutive away league victories to back-to-back Ligue 1 trips without winning (D1, L1). Montpellier’s away league fixtures have been notably tight this season, as seven of the nine such contests have witnessed the sides separated at full-time by under 1.5 goals (W4, D3, L2). Scoring could be an issue for Michel Der Zakarian’s men here, considering that they’ve drawn a blank in seven of their last eight top-flight trips to Paris (D2, L6). If they defy the tradition and get on the scoresheet at the Parc des Princes, the visitors are expected to do that after half-break, as ten (71.43%) of their 14 away Ligue 1 goals scored this term have arrived in the second half of play. 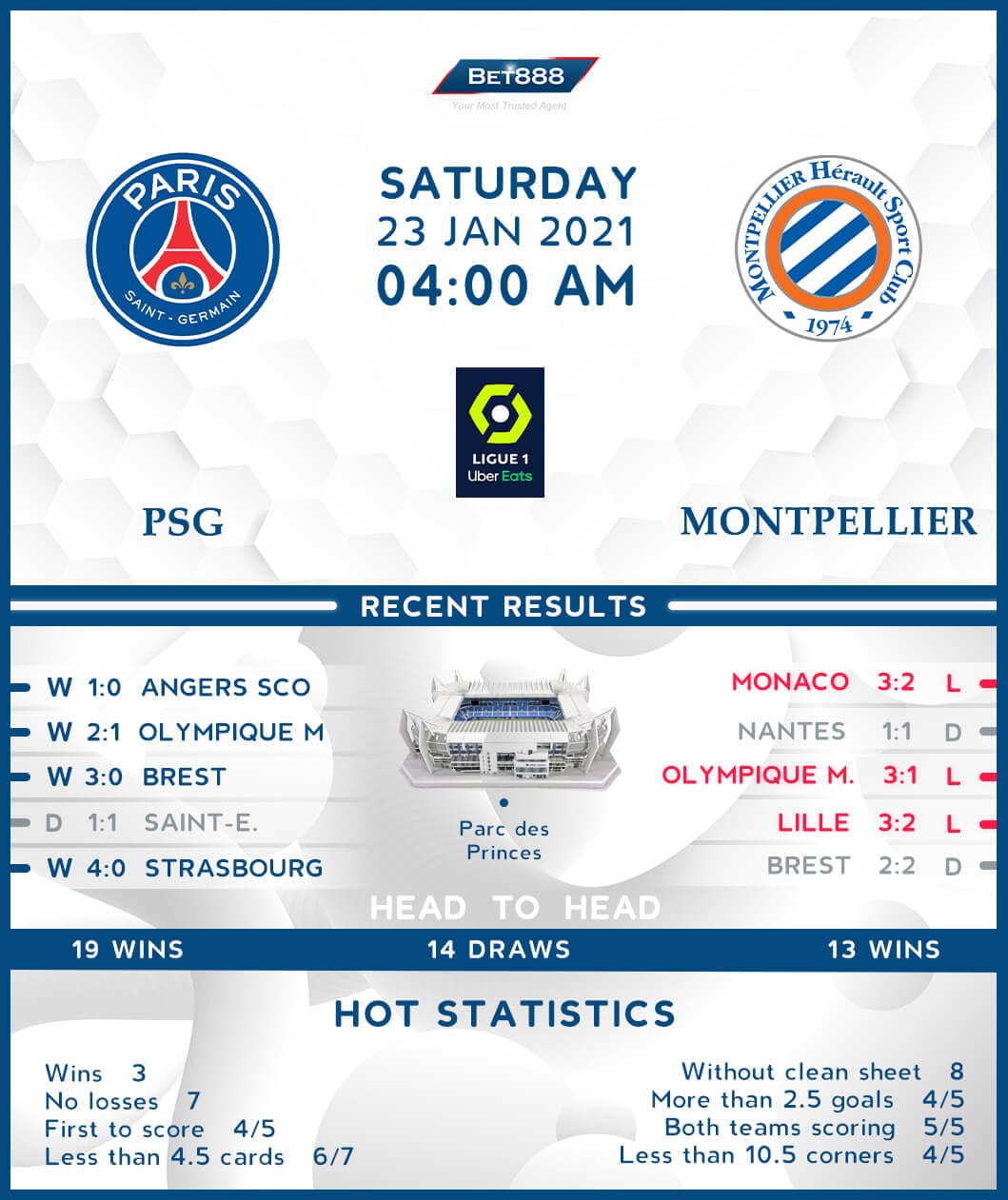