Backed by an impressive 5-1 Champions League win over Istanbul Basaksehir, PSG will be looking to post their third consecutive Ligue 1 victory over Olympique Lyonnais when the two teams meet at the Parc des Princes.

PSG have accrued a win, draw, and loss from their last three Ligue 1 matches, all of which saw over 3.5 goals and both teams on the scoresheet. However, ‘Les Parisiens’ have racked up a five-game unbeaten home run in Ligue 1 (W4, D1) since losing 1-0 to Marseille in their first home fixture of the season. Notably, Thomas Tuchel’s men have netted an intimidating average of 3.75 goals across their last four home Ligue 1 outings. In turn, they have won each of their five previous top-flight H2H meetings with Lyon held at this venue, scoring 3.6 goals on average across those clashes. Additionally, quick out of the blocks, the reigning Ligue 1 champions have bagged precisely two first-half goals in each of their last four home league games.

Meanwhile, Lyon have gone unbeaten in ten Ligue 1 matches (W6, D4) since losing 2-1 to Montpellier back in September, winning each of their last four league outings. Also, ‘Les Gones’ have been regular on the scoresheet away from home lately, finding the net in their six previous Ligue 1 trips, though managing to score over 1.5 match goals just twice in that period. Moreover, Rudi Garcia’s men have failed to win any of their three away league games in which they conceded the opener (D2, L1). Interestingly, though, seven of Lyon’s last eight Ligue 1 goals scored on the road have come before or on the 60-minute mark. It’s also worth noting that the visitors are one of just three sides yet to concede beyond the 75th minute away from home this season. 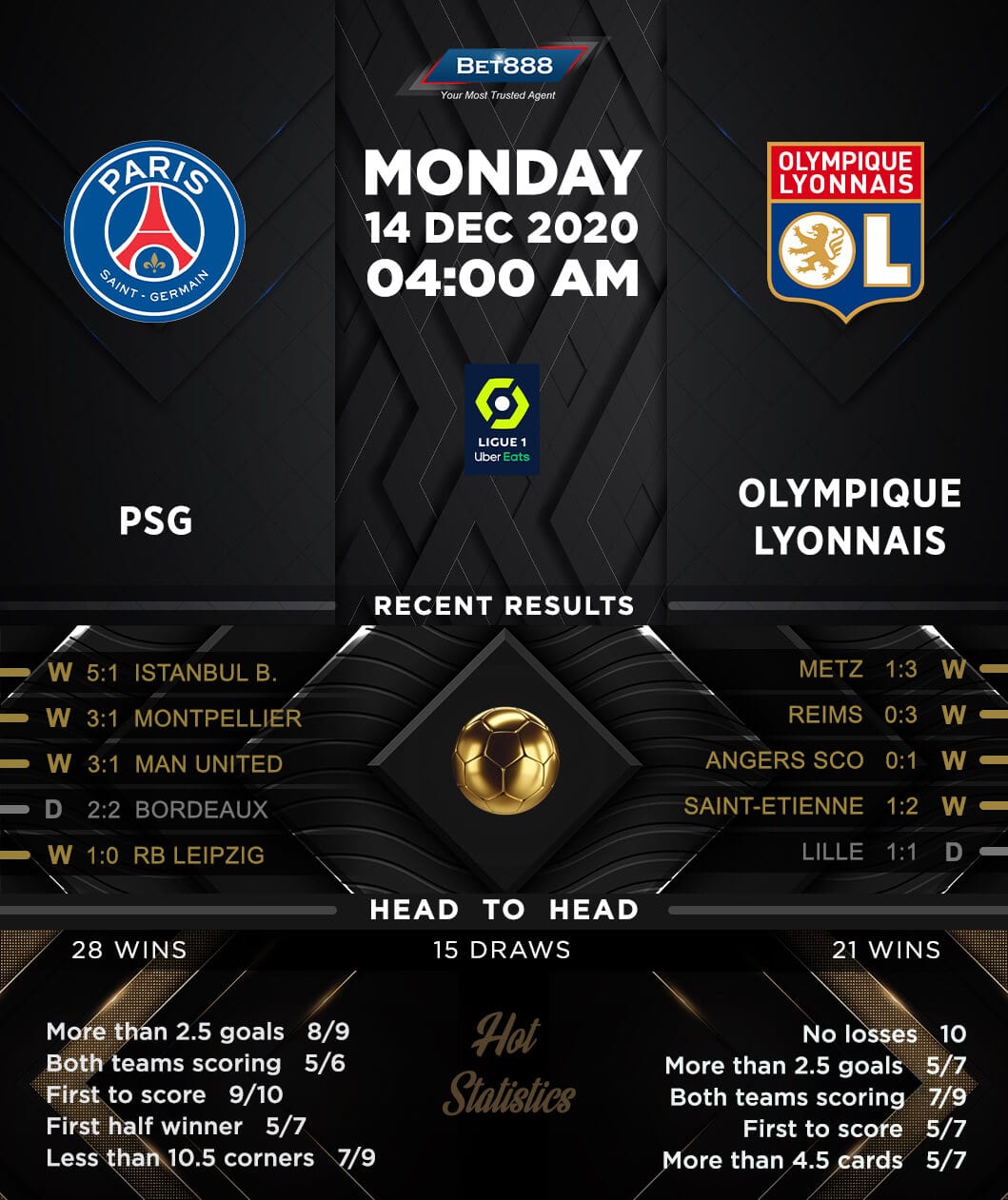