PSG have gone unbeaten in five consecutive games since losing 1-0 to Lyon a month ago (W3, D2), alternating between a win and a draw on each occasion. Notably, though, each victory in the abovementioned sequence saw ‘Les Parisiens’ keep a blank sheet and score over 1.5 second-half goals. Indeed, the ‘clean-sheet’ theme has been quite significant in the context of PSG’s home fortunes of late, as seven of their last eight competitive home matches won/lost witnessed the winner on the day shut out the loser. In turn, five of the six previous competitive meetings between Paris and Marseille have seen one side draw a blank (W5, L1). Impressively, Mauricio Pochettino’s men have scored 2+ goals per game in 19 of their last 21 encounters with Marseille on various fronts!

On the other hand, Marseille’s wheels seem to have started to fall off lately, as they head into this clash after winning just one of their last five competitive games (D2, L2), four of which saw both teams on the scoresheet. Away from home, ‘Les Phocéens’ have failed to win any of their four previous fixtures (D1, L3), drawing a blank in two while scoring precisely one goal apiece across the other two. In fact, a lack of firepower up front has seen Marseille net one goal or less in ten of their last 11 away matches in all competitions. At the other end of the pitch, Andre Villas-Boas’ men have conceded over 1.5 goals per game in four of their last five competitive trips, keeping a clean sheet in the other four. 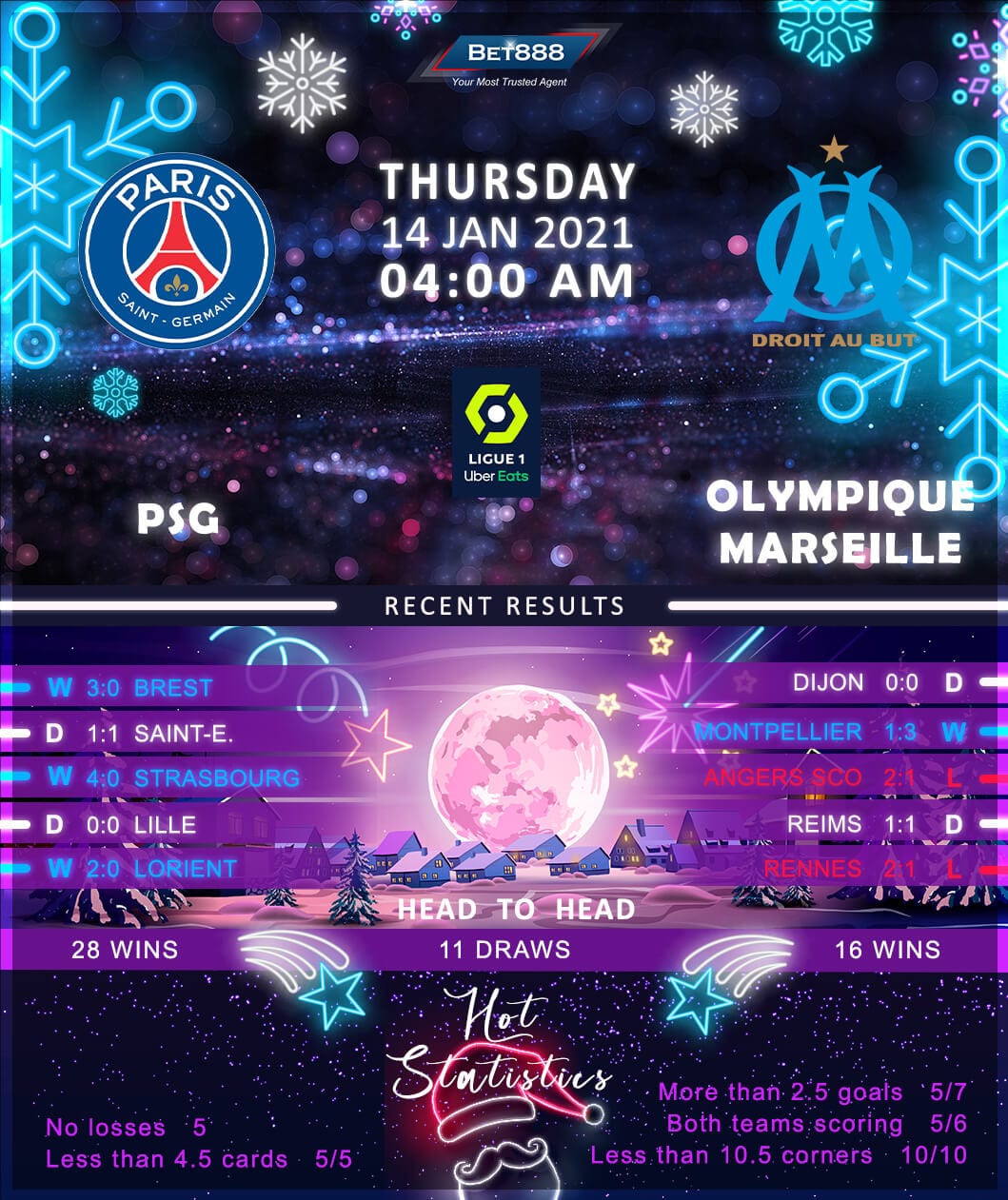