PSG and Strasbourg are set to face off at the Parc des Princes in a potentially high-scoring Ligue 1 contest. Two of their last three top-flight meetings held in Paris have seen both teams score at least twice.

A goalless away draw with Lille last time out did confirm PSG’s dip in form, as they take the field after winning just two of their six previous Ligue 1 fixtures (D2, L2). The ‘clean-sheet’ theme has highlighted PSG’s home league games so far this season, as six (75%) of their eight home Ligue 1 matches have seen one of the sides fail to get on the scoresheet. ‘Les Parisiens’ landed five victories across that eight-game sequence (D1, L2), returning a league-best +13 goal difference from those contests (GF:18, GA:5). All but triumph in this encounter would be a massive blow for Thomas Tuchel’s men, especially considering their intimidating top-flight home record versus Strasbourg. Going back to 1993, Paris have run out winners in 13 of their 17 Ligue 1 H2Hs as hosts (D3).

On the other hand, Strasbourg saw their four-game unbeaten league run (W2, D2) come to a halt at the weekend as Bordeaux picked up a 2-0 victory at the Stade de la Meinau. However, the visitors have gone from two away Ligue 1 defeats in a row to back-to-back wins, both of which yielded multiple-goal margins and clean sheets. Curiously, though, none of Strasbourg’s eight Ligue 1 trips has ended in a draw (W3, L5), with each game won/lost in this sequence seeing the victor score over 1.5 goals. Given ‘Les Coureurs’ footballing stature, it may come as some surprise that no team has racked up more away first-half goals than Thierry Laurey’s side (9) this term. What’s more, they have accrued a league second-high 16 Ligue 1 goals on the road ahead of this trip! 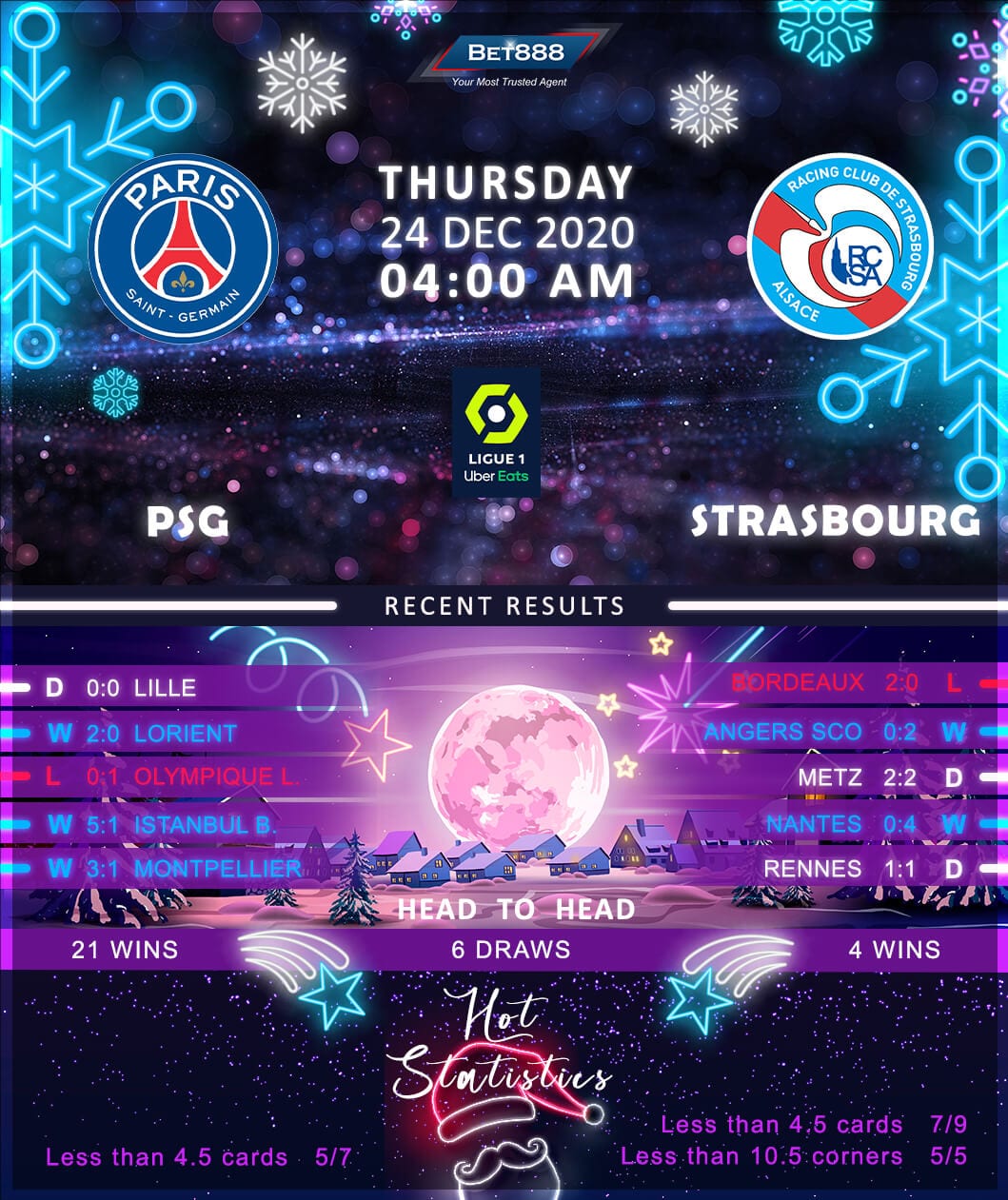