Nagyerdei Stadion is the venue as Qatar and Luxembourg go head-to-head in their first-ever meeting.

A 5-0 thumping of Bangladesh in their last international fixture saw Qatar bring a four-match winless streak to a halt (D1, L3) and keep a clean sheet for the first time after five games. They have been a fun team to watch, though, as six of their last eight outings have featured over 2.5 goals. Strong first-half performers, the ‘Maroons’ have found the net before half-time in four consecutive matches, getting on the scoresheet within ten minutes of play in the last two. However, Félix Sánchez Bas’ men have failed to win any of their previous six encounters with the national teams outside the Asian Football Confederation (D2, L4), conceding 2+ goals on four occasions in the process. Additionally, they have let in precisely one goal inside the first 30 minutes in three of their last five outings.

Ahead of the kick-off, Luxembourg have endured a dip in form, going from back-to-back victories to three consecutive games without winning (D1, L2), with three of those five matches seeing one or both sides fail to hit the net. Away from home, none of Luxembourg’s previous eight fixtures have ended in a stalemate (W2, L6), with six of those encounters being decided by a narrow one-goal margin, including the last three that have featured the same 2-1 scoreline. Interestingly, Luc Holtz’s men have benefited from the own goals in two of their previous three away games. Yet, lapses in concentration in the later stages of play have seen ‘Les Lions Rouges’ concede at least once beyond the hour mark in four of their last seven outings. 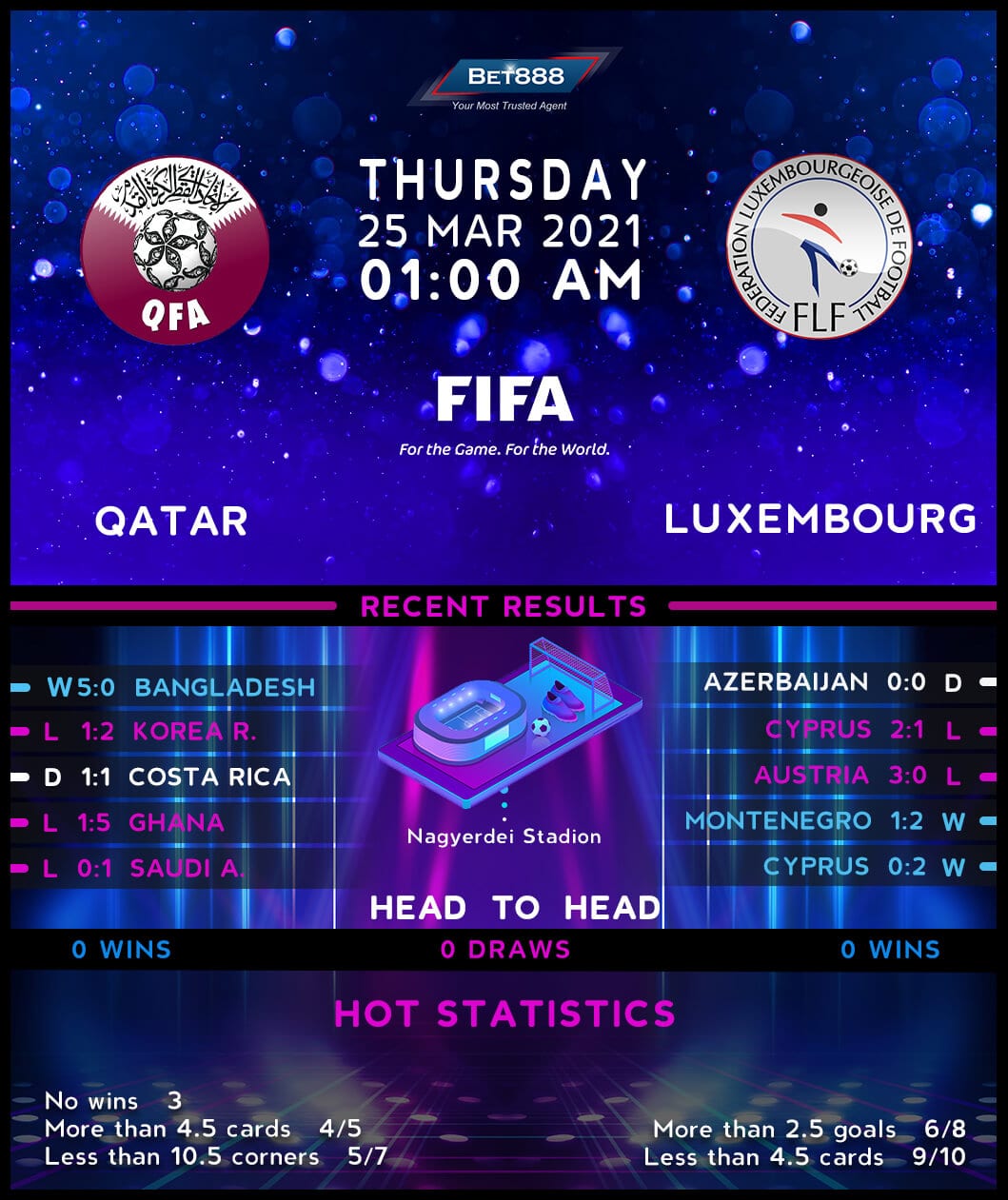