Al Thumama Stadium forms the backdrop for a ‘make or break’ 2022 World Cup Group A encounter between Qatar and Senegal.

Ecuador’s well-deserved 2-0 win at the Al Bayt Stadium last time out made Qatar the first host nation to lose the opening match of the World Cup finals, throwing their hopes of reaching the knockouts on their tournament debut into doubt. Having failed to land a single shot on target against Ecuador, the ‘Maroon’ risk becoming the first nation since the United States in 2006 to go back-to-back World Cup games without attempting a shot on target. Moreover, they could become only the fifth host country to lose consecutive World Cup matches, highlighting the intensity of the pressure on manager Felix Sanchez. With Qatar’s entire squad plying their trade in the domestic championship, the prospects of an upset look bleak.

On the other hand, Senegal succumbed to a 2-0 defeat at the hands of the Netherlands on matchday one, though it felt far less deserving than their opponents. Without headline performer Sadio Mane, Senegal‘s bid to make it out of the group stages for the second time in only their third World Cup participation seems stretched. However, Aliou Cisse, who captained his country to the 2022 World Cup quarter-finals, won’t lose hope, even though the ‘Lions of Teranga‘ have lost their last two outings at the tournament without scoring. It’s worth noting that before that dreadful run, the newly-crowned AFCON champions had only lost once in their previous seven World Cup fixtures. Ruthlessness in front of goal is a must for Senegal, considering they’ve not kept a clean sheet in their last eight World Cup games. 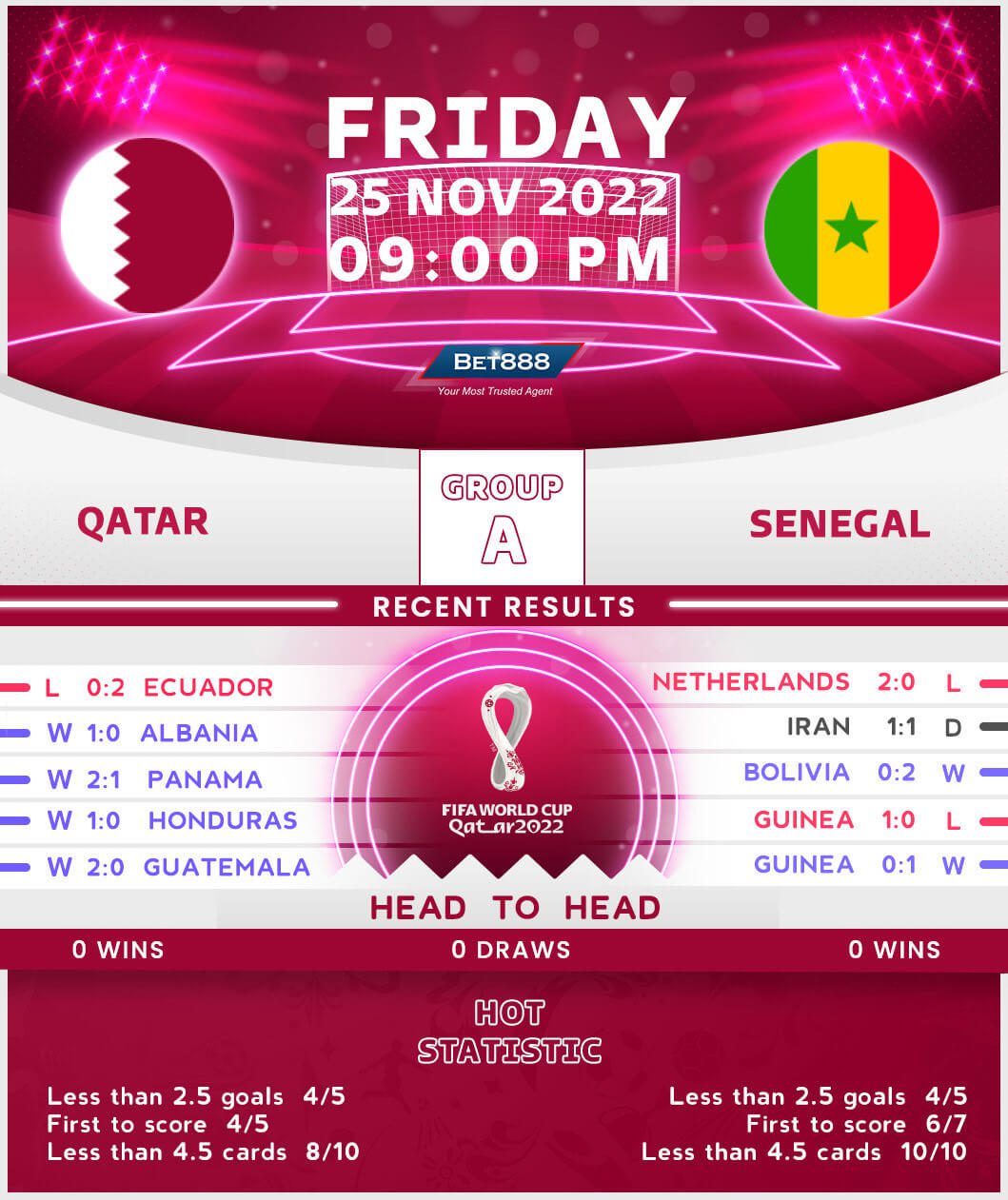