Antwerp have a mountain to climb at Ibrox Stadium after suffering a 4-3 walloping to Rangers in the first leg of their UEFA Europa League last-32 tie.

Rangers executed an impressive group-stage campaign in autumn, finishing top of Group D without a single loss (W4, D2), two points clear of second-placed Benfica. Steven Gerrard’s men made it three wins in successive Europa League rounds with a thrilling first-leg win in Belgium, meaning they have now scored over 1.5 goals per game in five consecutive outings in the competition. Connoisseurs of action-packed football must be expecting another goals-galore, as four of Rangers’ seven Europa League fixtures this season have seen over 3.5 goals and both teams scoring. Rangers have one foot in the round of 16, especially considering they have progressed in all 18 UEFA ties in which they won the first leg away from home. Additionally, the ‘Gers’ have only lost one of their nine UEFA European meetings with Belgium opponents (W7, D1).

On the other hand, none of Antwerp’s seven Europa League matches this season have ended in a draw (W4, L3), with four of the games won/lost seeing the victor keep a clean sheet. The Belgian side secured their first springtime in Europe since the 1992/93 campaign, finishing second to Tottenham Hotspur in Group J. Curiously, before claiming a 2-1 win at Ludogorets in their Europa League curtain-raiser, the ‘Great Old’ had gone winless in seven away European matches on the bounce (D3, L4), a span that stretched back to 1992. Moreover, Antwerp have bowed out in all three European ties that saw them lose the first leg at home, though their last such contest dates back to 1994/95. But, François Vercauteren’s men will be confident of getting on the scoresheet after scoring in five consecutive road trips in all competitions going into this fixture. 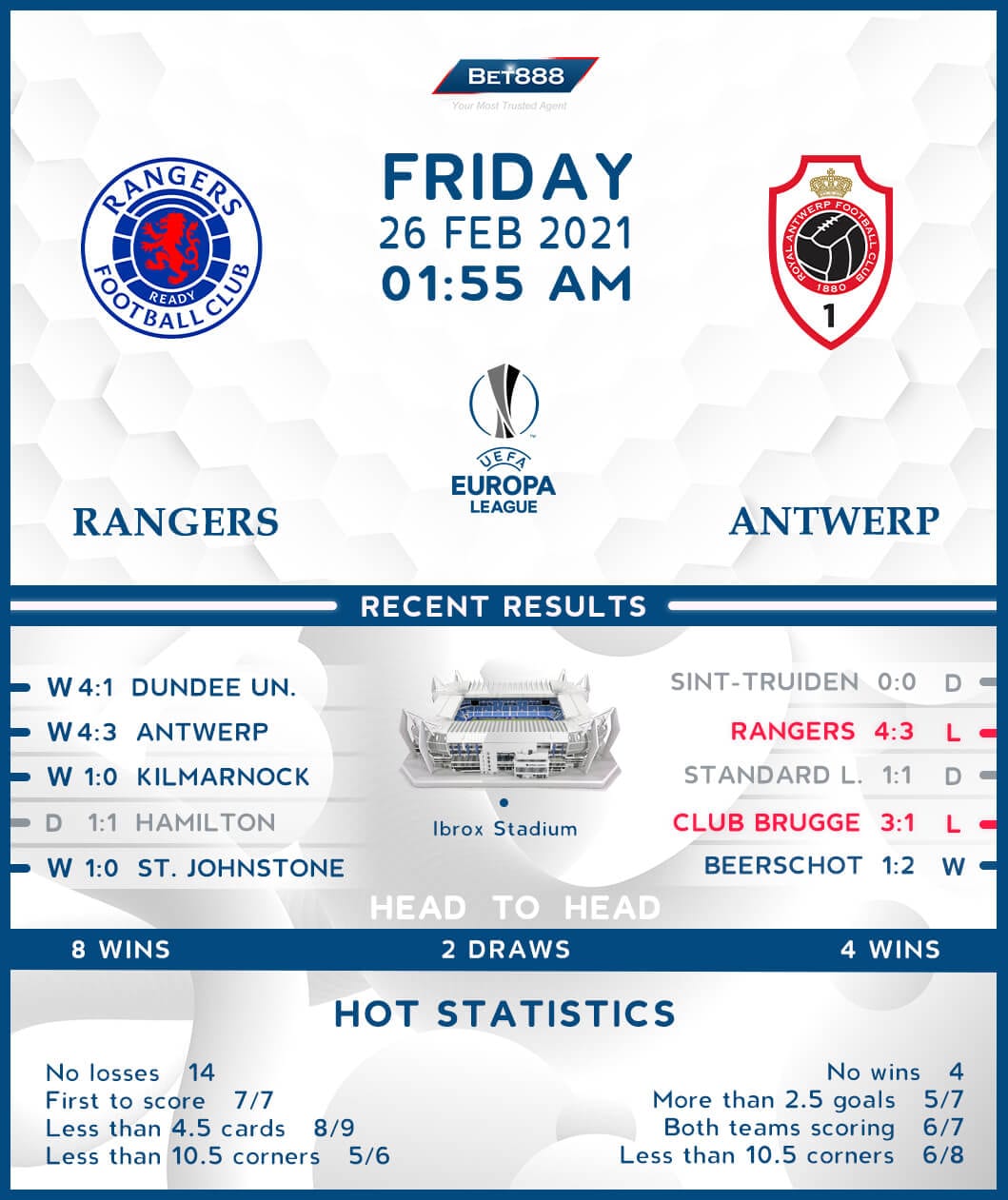