One of the most highly anticipated fixtures on the European football schedule will take place at Ibrox Stadium as Rangers meet Celtic in a massive Old Firm showdown in the Scottish Premiership.

Since Steven Gerrard arrived at the helm in summer 2018, Rangers have defeated arch-rivals in four of their five home encounters in all competitions (L1), with each game won/lost in this sequence yielding a clean sheet and under 2.5 FT goals. Curiously, each of Rangers’ last five Premiership goals scored in Old Firm derbies has come from set-pieces, with four of them arriving after corners. Notably, the ‘Gers’ boast a resounding 100% win ratio at home this Premiership campaign (W17), returning a +46 goal difference for good measure (GF:49, GA:3). Indeed, when Rangers win at Ibrox, it tends to be in an emphatic fashion, with 47.06% of their home league triumphs featuring a winning margin of 3+ goals. Moreover, no team has scored more first-half league goals at home than Rangers (24) this term.

Having failed to outplay bitter opponents in any of their three Old Firm league derbies this season (D1, L2), Celtic stare at the prospect of missing out on a triumph versus Rangers in a single Premiership campaign for the first time since 1999/2000. Additionally, the ‘Hoops’ have lost three of their last four top-flight trips to Ibrox (W1) after winning each of their previous four in a row. Since defeating St. Johnstone 2-1 in late February, the ‘Bhoys’ have gone winless in three away league matches (D2, L1) and may now fail to pick up all three points in four consecutive Premiership travels for the first time since May 2013. Celtic’s away league action often sparks into life after half-time, with 68% of their total Premiership goals scored/conceded on the road this term coming in the second half of play (34/50). 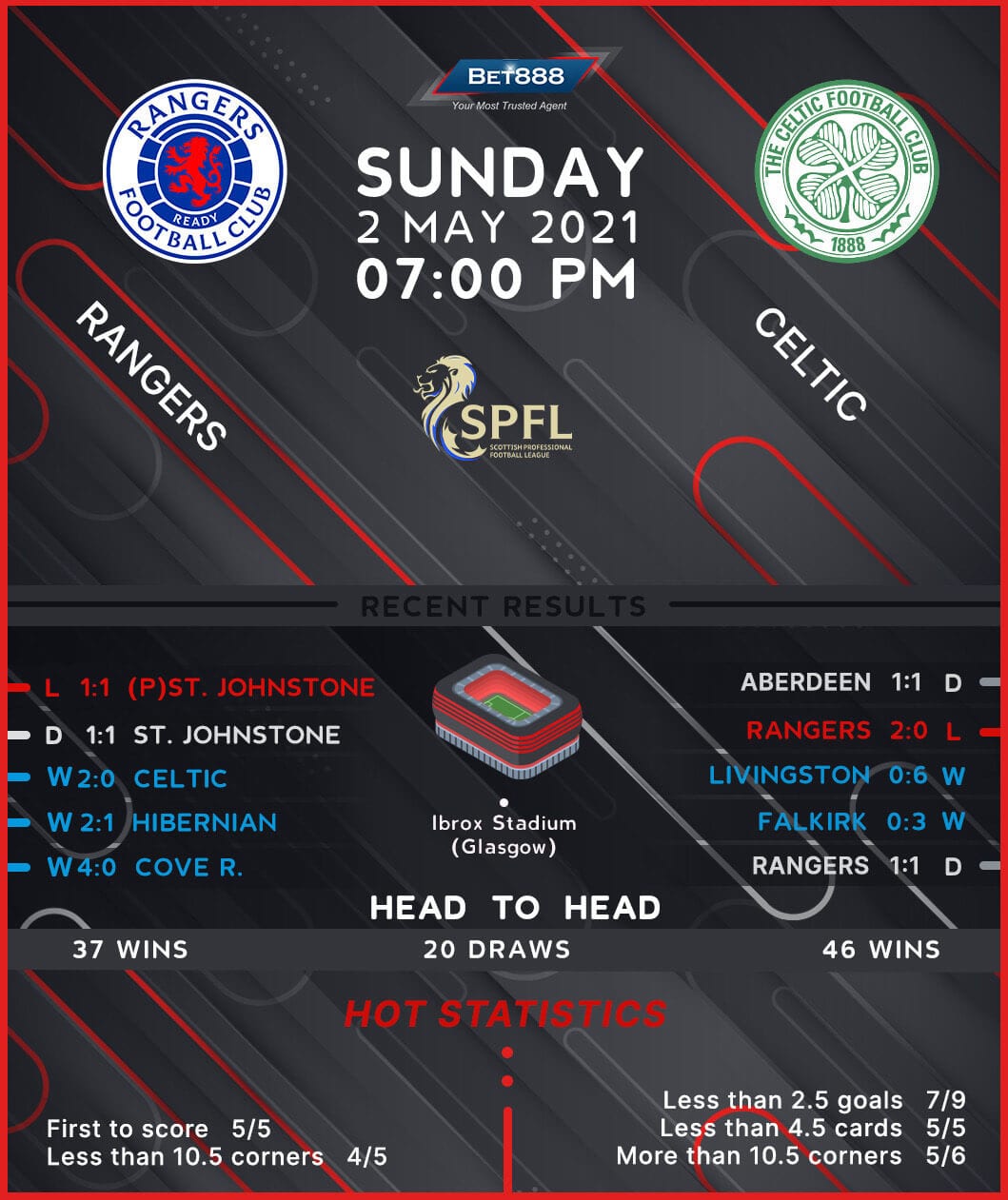