Ibrox Stadium is the venue as Rangers look to overhaul a 1-0 deficit to RB Leipzig and reach the Europa League showpiece.

Seeking their first European final since 2008, Rangers go into proceedings on the back of a 1-1 draw at arch-rivals Celtic that realistically ended their hopes of retaining the Scottish Premiership crown. Back at Ibrox, the ‘Gers’ are aiming to build on their decent home European form, having lost just five of their last 33 UEFA-sanctioned games in Glasgow (W21, D7). Moreover, Giovanni van Bronckhorst’s men have won both home fixtures in the ongoing Europa League knock-outs by an aggregate score of 5-1 in regulation time. But Rangers will be out to defy history, having found themselves out of major European competitions 21 times in 27 UEFA knock-out ties after losing the first leg on the road. Notably, though, the reigning Scottish champions have come out victorious in their last four UEFA semi-final appearances.

On the other hand, an understrength Leipzig side succumbed to a 3-1 Bundesliga defeat in the build-up to this fixture, ending a run of eight consecutive competitive away wins, a walkover of Spartak Moscow in the round of 16 excluded. Six of Leipzig’s eight victories in that run had yielded multi-goal margins, with five of those wins seeing ‘Die Roten Bullen’ netting 3+ goals. Indeed, they’ve been flying high on the road in 2022, racking up nine wins from 11 competitive travels (L2). Leipzig’s away record in the Europa League knock-outs reads encouragingly (W3, D1, L1), with those five matches featuring an average of 3.8 goals. Since switching over from the Champions League group stages, Domenico Tedesco’s men have gone unbeaten in all five Europa League knock-out legs (W3, D2), excluding walkovers. 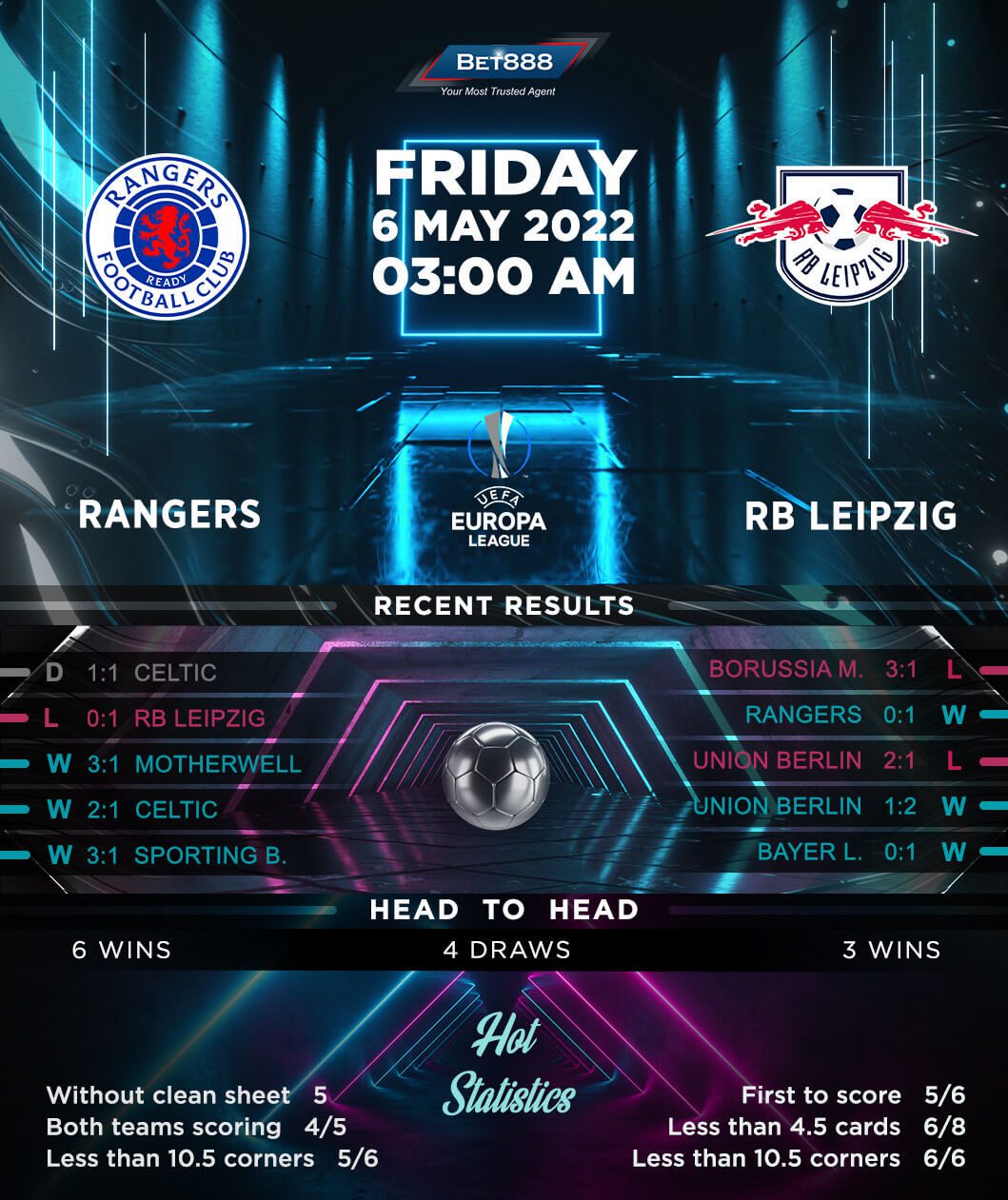