West Ham United will be looking to cement their place in the UEFA Europa League Round of 16 when they take on out-of-sorts Rapid Vienna at the Allianz Stadion.

There’s no margin for error for Rapid here if they are to avoid Europa League elimination with a game to spare, as only a win would keep them in contention for a top-two finish in Group H. However, after losing three of their opening four Group H outings (W1), including a 2-0 defeat in the reverse H2H two months ago, the Austrians are justifiably pre-match outsiders. On a positive note, though, the hosts have won their last four competitive games on home turf by an aggregate score of 11-5, prevailing by a single-goal margin on three occasions in that run. Regardless of the outcome, late action could be on the cards, given that eight of Rapid’s previous nine European matches have featured at least one goal beyond the 80th minute.

In the meantime, West Ham have found Europa League Group H a stroll so far (W3, D1), netting 2+ goals in all four games in the competition. With seven of West Ham’s nine Europa League goals scored so far this season coming before the 60th minute, Rapid may feel inclined to drop deep in the opening hour of play. Though a draw here would do the trick for the ‘Hammers’ in terms of Europa League knock-out qualification, a win could be necessary to ensure automatic passage to the competition’s Round of 16. After going from five straight competitive wins on hostile turf to back-to-back travels without winning (D1, L1), West Ham’s confidence could be a bit rocked. Encouragingly, though, before drawing a blank against Wolves over the weekend, David Moyes’ side had found the net in six road trips on the trot. 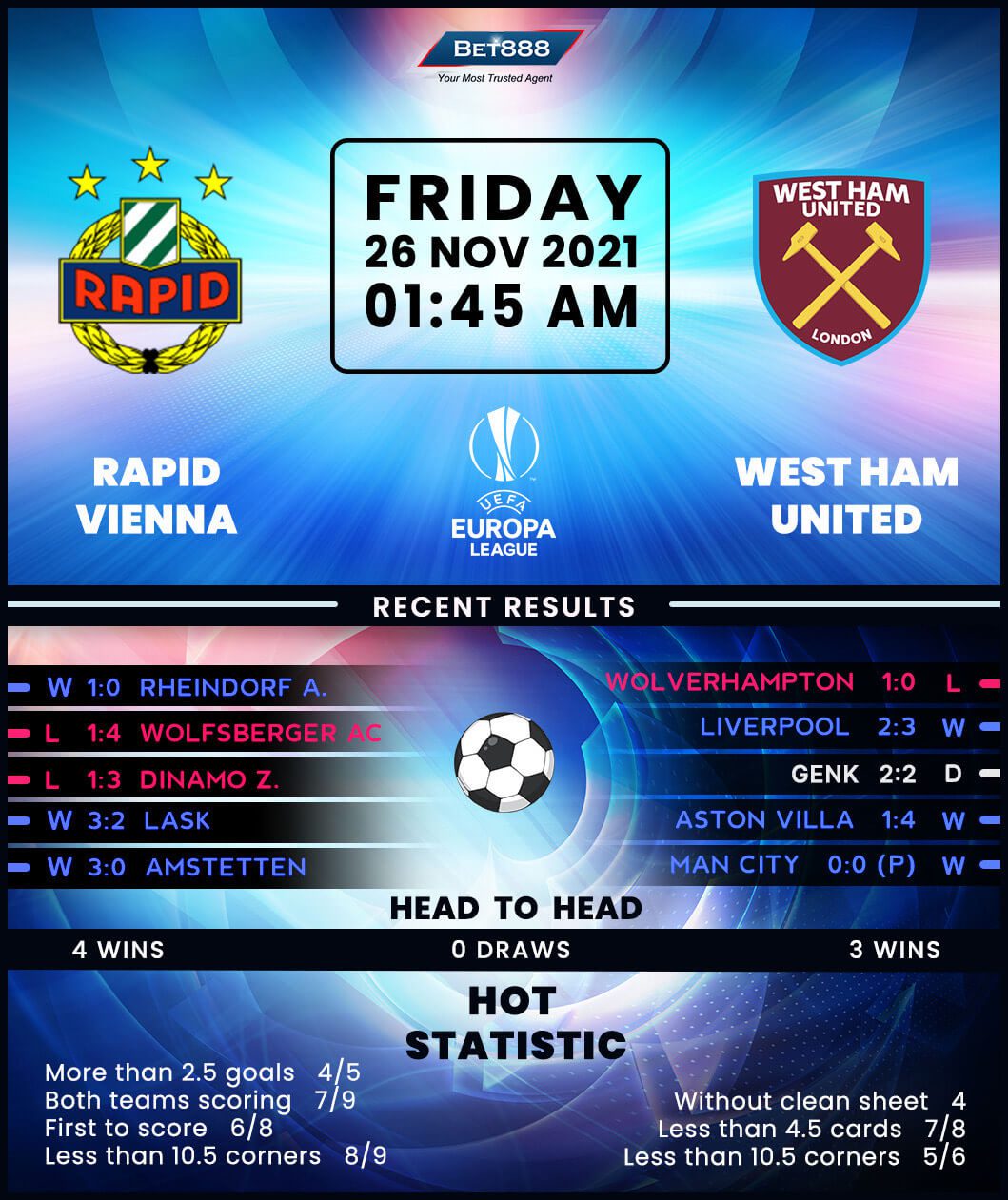