Rayo Vallecano will be looking to return to winning ways when they take on underperforming Mallorca at the Campo de Futbol de Vallecas in their Copa del Rey quarter-finals tie.

Coming into this fixture, Rayo Vallecano fell to a 1-0 home loss to Athletic Bilbao, ending a run of three consecutive matches without defeat (W2, D1). Connoisseurs of action-packed football may want to skip this clash, though, with five of Vallecano’s last six competitive games featuring under 2.5 total goals. ‘Los Franjirrojos’ carry a lot of blame for that themselves, having netted one goal or less in four of their previous five competitive outings. However, Andoni Iraola’s men have been a force to be reckoned with at home this season, suffering just a single defeat across their 11 contests at the Campo de Futbol de Vallecas so far (W8, D2), courtesy of the abovementioned reverse at the hands of Bilbao.

Meanwhile, since being held to a goalless draw to Celta Vigo in early December, none of Mallorca’s subsequent seven competitive games have ended level (W3, L4). Indeed, a lack of consistency has seen the visitors alternate between victories and defeats across their last five matches in all competitions (W2, L3), three of which witnessed the winner on the day keep a clean sheet. Moreover, three of those five fixtures have also yielded a narrow one-goal margin at full-time, highlighting the potential for a cagey, low-scoring affair. But back-to-back away defeats by 2+ goals ‘to nil’ suggest this encounter may not be as tight as expected. 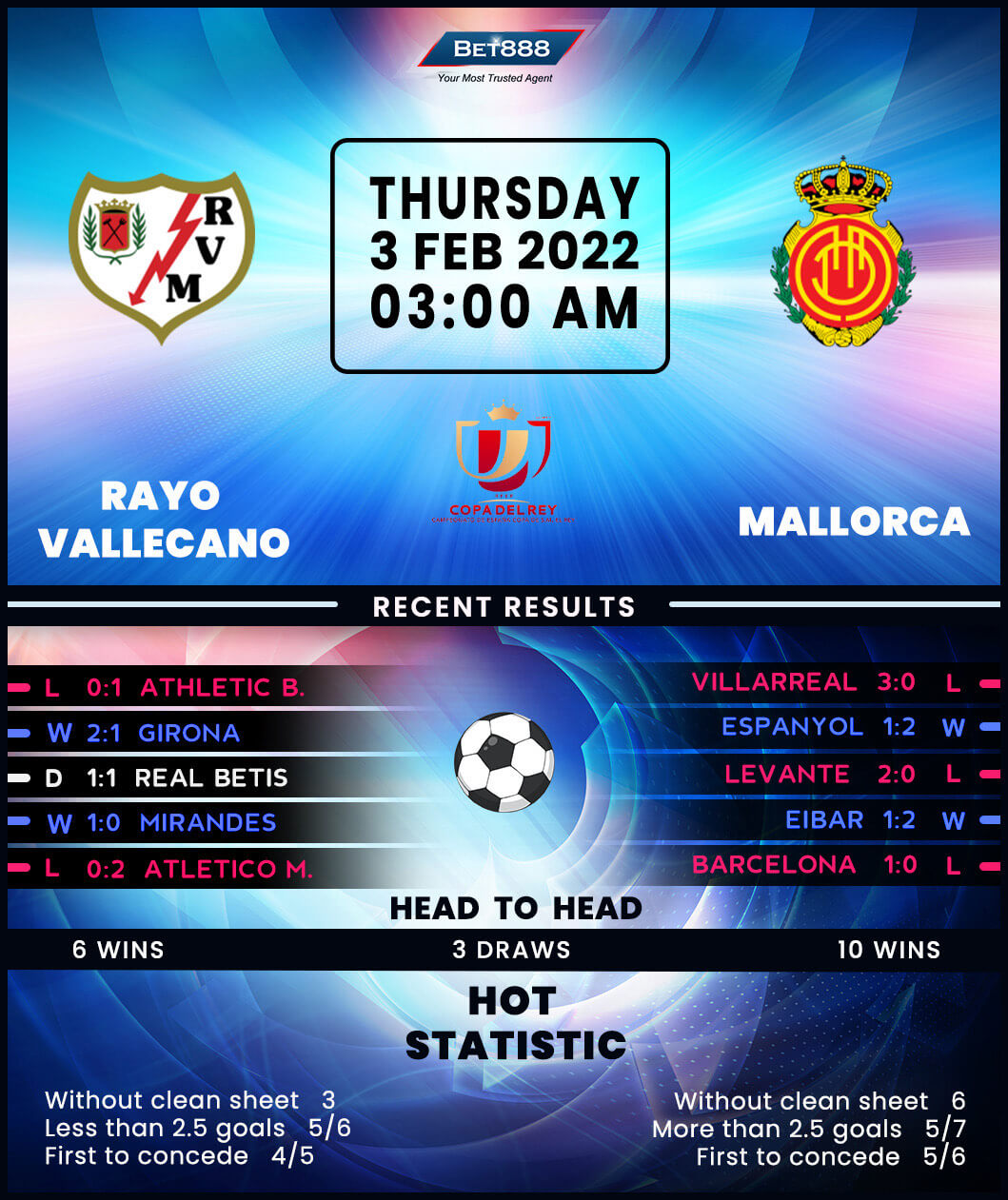