Ahead of the kick-off, Leipzig have won back-to-back Bundesliga matches, staying within a seven-point distance from top-placed Bayern Munich. At home, Julian Naglesmann’s men have been flawless this season, registering the division-best win-ratio of 80%, though the only two failures (D1, L1) have come in their last four Bundesliga home outings. What’s more, ‘Die Roten Bullen’ have been relentless against the sides currently sitting in the bottom half of the table, winning all but one of their ten such contests by an aggregate score of 19-3 (L1). Notably, Leipzig’s haul of just six goals conceded at home this Bundesliga season is second to none, as is their record of six clean sheets kept in ten home league matches. Cagey first-half performances have seen the hosts let in just a single goal before half-time this Bundesliga home campaign.

Augsburg have suffered five defeats in their last six Bundesliga matches (W1), a sequence that leaves them flirting with the relegation territory. Whoever keeps a clean sheet will stand a better chance of winning, considering six of Augsburg’s last nine top-flight wins/losses have seen the winner on the day register a shutout (W3, L6). Having that said, three of their previous four away Bundesliga fixtures have seen one of the sides fail to get on the scoresheet (W2, L2) in matches combining under 2.5 total goals. Traveling to the Red Bull Arena has always been a formidable challenge for the ‘Fuggerstädter,’ as they’ve lost three of their four top-flight visits to this venue (D1), returning a -5 goal difference from those trips (GF:2, GA:7). 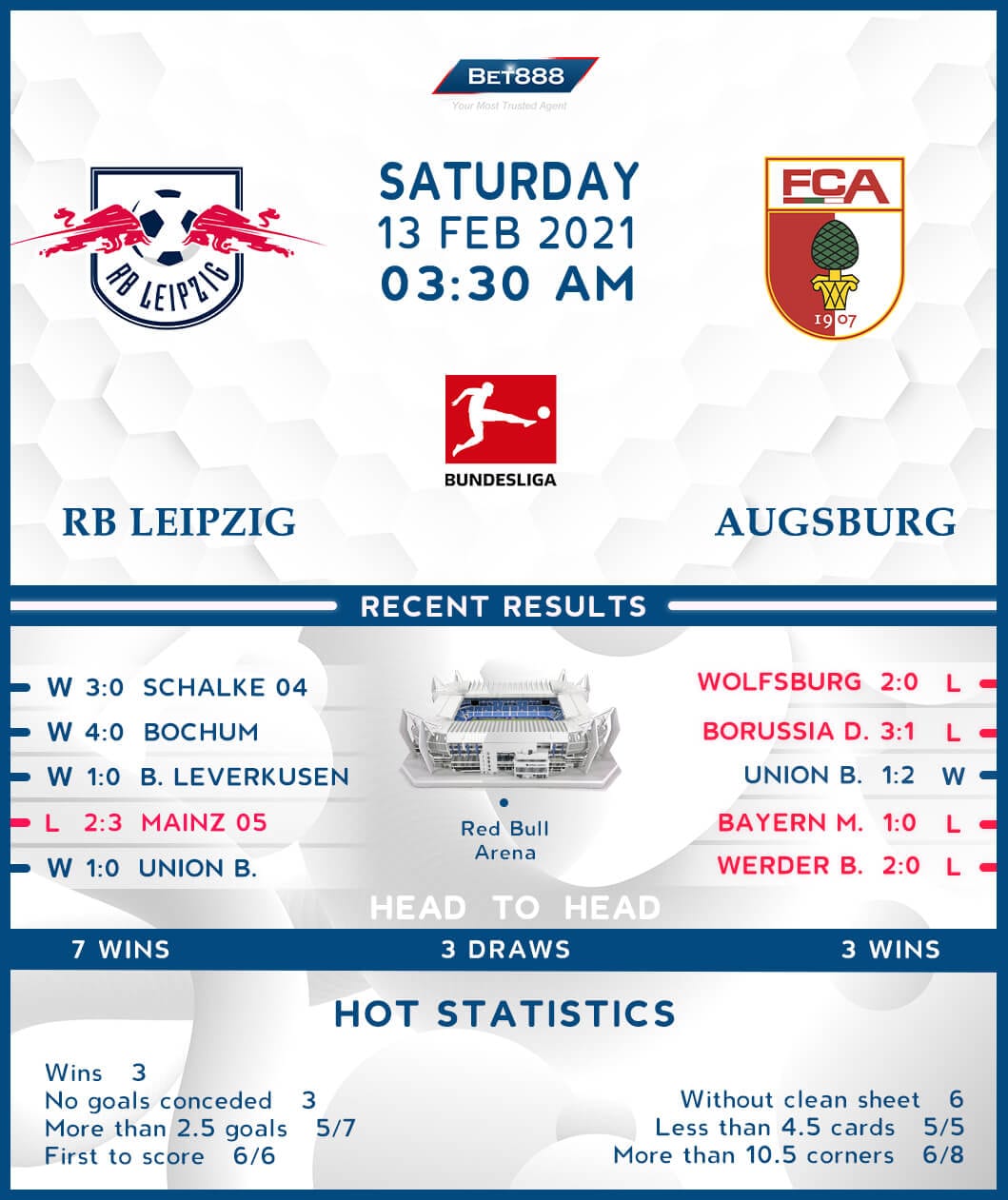