The two sides that have had identical returns from their last five Bundesliga fixtures (W2, D1, L2) will meet at the Red Bull Arena, as RB Leipzig take on Bayer Leverkusen.

After staying rock-solid at the back for the majority of the season, Leipzig have conceded over 1.5 goals in three of their last four Bundesliga matches, letting in a total of eight. Yet, no team has shipped fewer home league goals than ‘Die Roten Bullen’ (6) this season, with Julian Naglesmann’s men keeping a clean sheet in 55.56% of their Bundesliga home outings (5/9). But, it will be a daunting task for the hosts to shut out a Bayer Leverkusen side they’ve failed to prevent from scoring in six of their previous seven top-flight meetings, including the last four. Though they go into this encounter on the back of a dismal 3-2 loss at Mainz 05, Leipzig can find some comfort in the fact they have not lost back-to-back Bundesliga games since April 2017! Leipzig could pose an attacking threat in the first half, where they’ve racked up the division joint-high ten home goals so far.

Meanwhile, Leverkusen have stumbled out of the blocks on the back of the Bundesliga restart in 2021. Indeed, both of their league trips since the calendar flipped have seen ‘Die Werkself’ lose by a single-goal margin after registering four away Bundesliga wins on the bounce beforehand. Leverkusen’s cagey first-half approach has witnessed Peter Bosz’s men concede a league joint-low two away goals before half-time this term. Another bright spot has been their ability to dig themselves out of trouble – Bayer have lost just a third of their Bundesliga fixtures in which they conceded the opening goal this season (W2, D2, L2). Interestingly, though, Peter Bosz has failed to beat RB Leipzig as a manager in all five Bundesliga attempts so far (D3, L2). 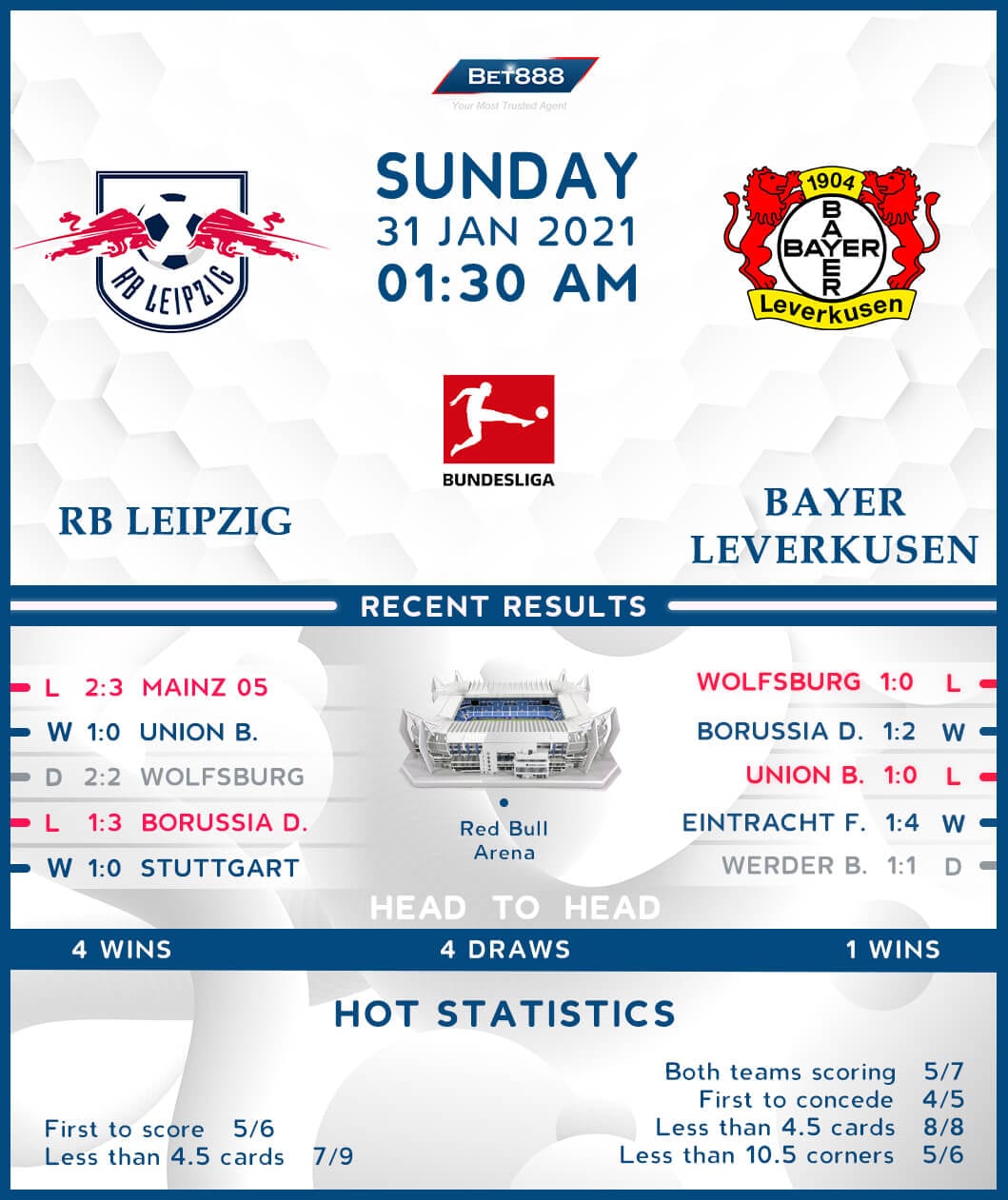