The Red Bull Arena will host a heavyweight showdown between RB Leipzig and Bayern Munich this weekend. Sitting four points adrift of Bundesliga pacesetters Bayern, Leipzig will be looking to end a five-game winless streak in their top-flight H2Hs (D4, L1) and boost their hopes in the title run-in.

Leipzig head into proceedings on the back of an eight-match unbeaten streak in the Bundesliga, dropping just two out of a possible 24 points in the process (W7, D1). Julian Nagelsmann’s men have shown they can thrive in keenly-contested fixtures, as witnessed by the fact that three of their last five Bundesliga victories have come by a single-goal margin. Furthermore, the Red Bull Arena has been a fortress the home fans have been hoping for this season, with Leipzig suffering just one defeat in 13 top-flight games at this venue so far (W10, D2). But their home triumphs this season have mostly gone down to the wire, with 60% of them yielding a narrow one-goal margin. Unlike some previous years, the hosts have proved to be a rock-solid defensive unit this term, conceding a league-low 21 goals thus far and keeping more clean sheets (13) than any other German side.

Leipzig’s air-tight backline will be put to the test against Bayern Munich, who have set a new Bundesliga record after scoring 78 goals in the opening 26 league matches. Topically, the ‘Bavarians’ have got on the scoresheet in each of their last 61 games in all competitions, last failing to score in a goalless home draw with Leipzig in February 2020. However, it is worth noting that only 35.9% of Bayern’s Bundesliga goals scored this season arrived away from home (28/78). Starting well will be a priority for the reigning German champions, as they’ve notably won 100% of the Bundesliga fixtures in which they were ahead at half-time this term (14/14). But Hansi Flick’s men might not necessarily grab the opener here, considering they’ve managed to do so in only 53.85% of their away league games this season. 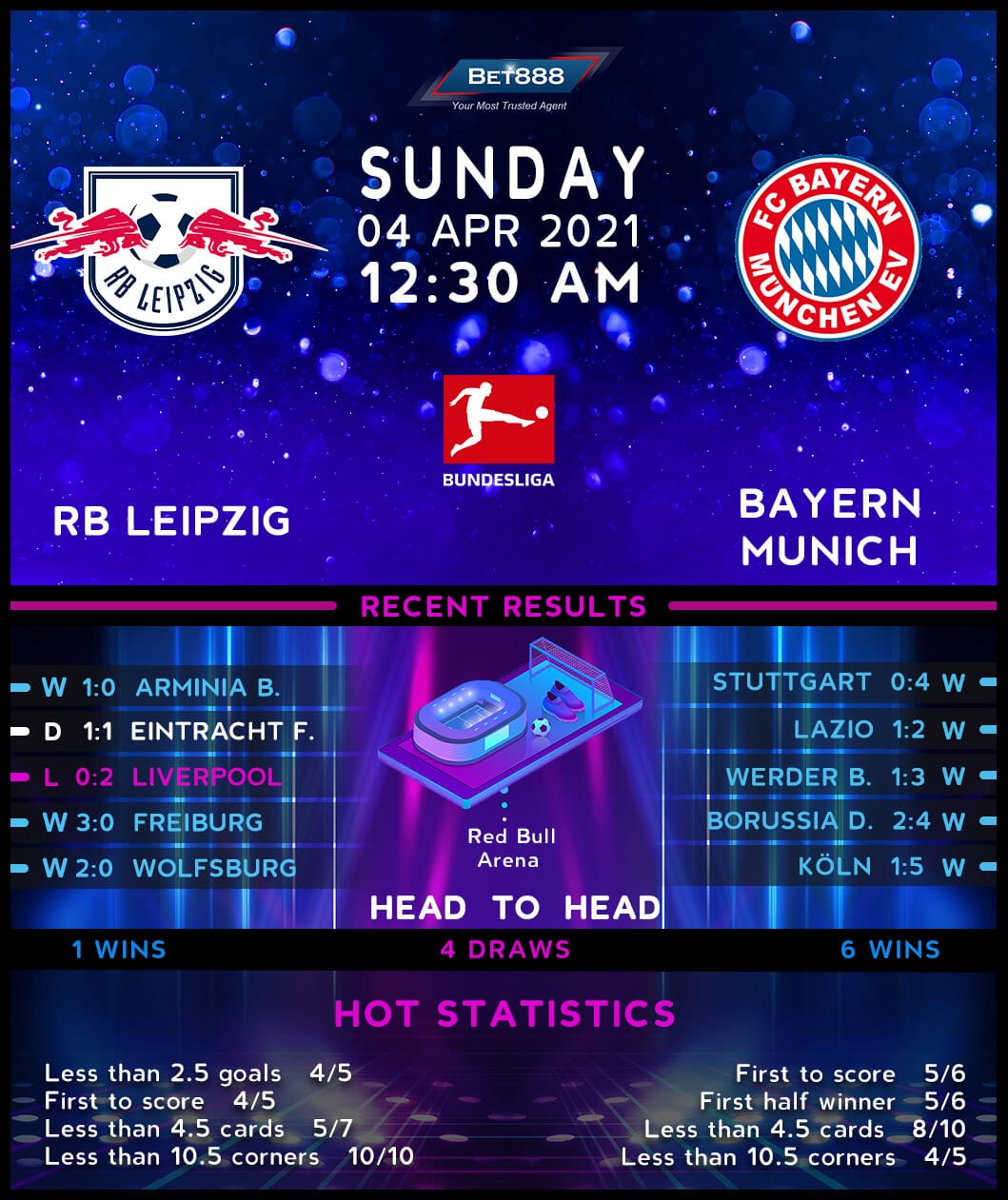