RB Leipzig will be looking to avoid a DFB Pokal upset when they lock horns with Bochum at the Red Bull Arena this midweek.

Leipzig have only won 50% of their competitive fixtures since the calendar flipped to 2021 (3/6), with each victory seeing the goalless half-time and the identical 1-0 FT scoreline. Julian Naglesmann’s men have kept a clean sheet in four of their last five home matches in all competitions, though they’ve scored over 1.5 goals per game only once in the process (W3, D1, L1). Despite that low-scoring trend, ‘goal-friendly’ could be a theme here, as three of Leipzig’s last five competitive games have seen over 3.5 goals and both teams scoring. ‘Die Roten Bullen’ will be confident of maintaining a solid home form here, as they take on a side they’ve outplayed in each of their four competitive meetings this millennium. Topically, both of their previous H2Hs held at this venue have seen Leipzig win by a two-goal margin.

Meanwhile, Bochum saw their seven-game unbeaten run in all competitions come to a halt last time out (W6, D1), as they succumbed to a 2-1 home defeat to Karlsruher. An indifferent away form across their previous six competitive trips (W2, D2, L2) could be a reason for concern, not as much as the fact that ‘Die Unabsteigbaren’ have conceded 2+ goals on four of those occasions. Bochum reached this stage of the competition after dumping another Bundesliga side, Mainz 05, following a penalty shoot-out win, having cruised past lower-league team Engers beforehand. High scoring has been a theme for Bochum lately, as six of their last eight away matches in all competitions have featured over 2.5 goals, with as many seeing both teams on the scoresheet. 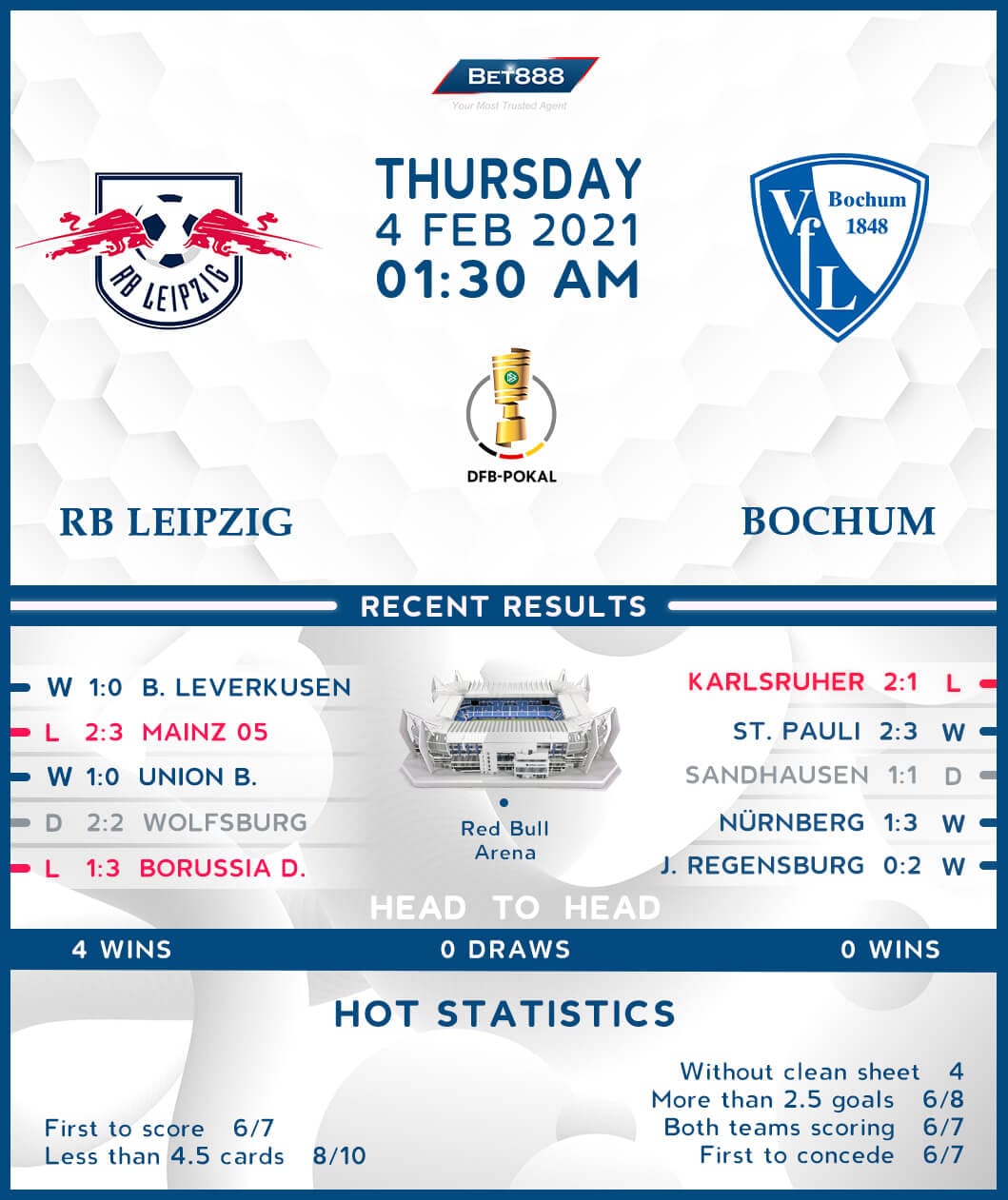