RB Leipzig and Borussia Dortmund will battle it out for the DFB-Pokal title at the Olympiastadion this midweek.

Before seeing off Werder Bremen on penalties in the semi-finals, Leipzig were relentless in the previous DFB-Pokal rounds, having won their first four games in the competition by an aggregate scoreline of 12-0. However, ‘Die Roten Bullen’ have claimed just one triumph in their last five competitive fixtures inside regulation time (D2, L2) despite registering three shutouts in that sequence. Despite holding the best defensive record in the Bundesliga this term (28 goals conceded), Julian Naglesmann’s men have to be wary of the fact they’ve let in 3+ goals in four of their last six meetings with Dortmund. What’s more, a 3-2 reverse at the Signal Iduna Park back over the weekend saw Leipzig’s winless run against this opposition stretch to seven matches (D2, L5). Their last win in competitive H2Hs was in October 2017 under Ralph Hasenhuttl.

Dortmund have made light work of their voyage to the DFB-Pokal final, having won four of their five matches in this season’s competition without conceding, including a 5-0 thrashing of second-tier side Holstein Kiel in the semi-finals. ‘Die Schwarzgelben’ have put together five consecutive wins in all competitions since quitting the Champions League to Manchester City in March, netting an average of 3.2 goals per game in the process. Edin Terzic’s men have notched an intimidating average of 3.16 goals per match across their last seven outings in domestic competitions. There’s been plenty of early action in Borussia’s recent competitive fixtures as nine of their last ten have seen the opener scored within 19 minutes of play. Experienced DFB-Pokal campaigners, Dortmund have qualified for their seventh cup final this millennium, albeit four of their last six appearances in the competition’s showcase resulted in defeat. 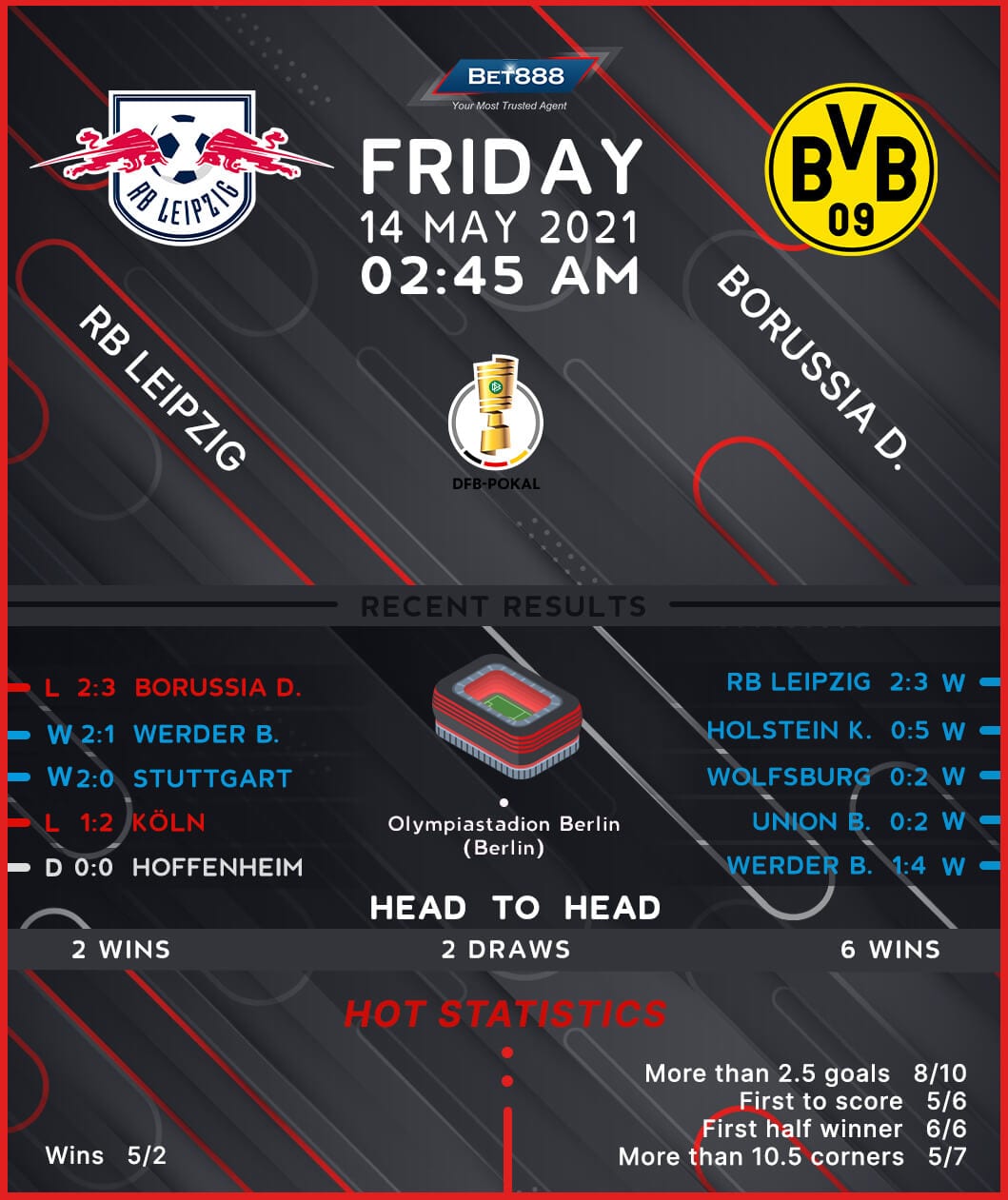