Red Bull Arena is the venue, as RB Leipzig and Borussia Monchengladbach go head-to-head in an exciting Bundesliga match-up.

Leipzig thumped Hertha BSC 3-0 on the road last time out to extend their winning run in the Bundesliga to four matches and stay within a two-point distance from top-placed Bayern Munich. Julian Nagelsmann’s rock-solid defense has kept a clean sheet in three of their last four Bundesliga outings, which has been the case in three of their previous six top-flight meetings with Gladbach. Overall this season, ‘Die Roten Bullen’ have registered a shutout in a league-high 50% of their Bundesliga fixtures (11/22), conceding the division-fewest 18 goals in the process. Notably, Leipzig boast the best win-ratio of 81.82% on home soil this Bundesliga season, having dropped the points in just two of their 11 league matches at the Red Bull Arena (W9, D1, L1). Furthermore, they have won all nine Bundesliga games in which they’ve been in front at half-time this term.

Meanwhile, a 2-0 loss to Manchester City in the UEFA Champions League midweek means Borussia Monchengladbach enter this fixture on a four-game winless streak in all competitions (D1, L3). In the Bundesliga alone, ‘Die Fohlen’ have failed to land all three points in any of their last four matches (D2, L2), scoring one goal or less on each occasion. Though unbeaten in six away Bundesliga games on the trot, Marco Rose’s men have drawn five of those clashes (W1) despite conceding the opening goal only once. However, Gladbach have failed to beat Leipzig in any of their four top-flight meetings at the Red Bull Arena (D1, L3), conceding precisely twice per match in the last three. In fact, the visitors’ win-ratio of just 11% against this opponent is lower than against any other side in the Bundesliga history. 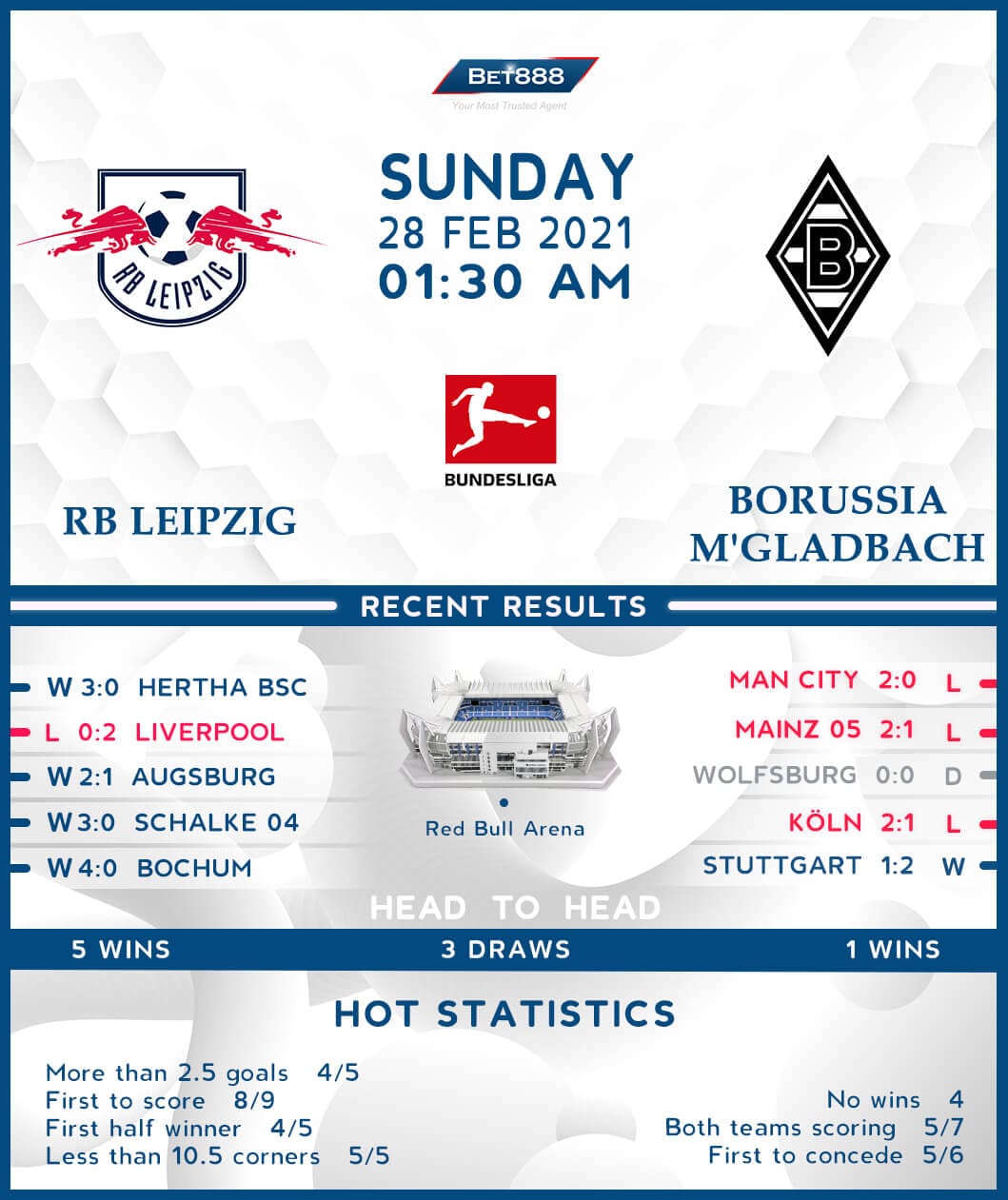