After suffering a 2-0 loss to Liverpool in the UEFA Champions League midweek, Leipzig return to the Bundesliga action, looking to build on a six-match winning league run. ‘Die Roten Bullen’ have won three of their four top-flight meetings with Frankfurt at home, drawing the other one, with all but one of those fixtures producing precisely three FT goals. Julian Naglesmann’s men have won each of their last four home Bundesliga games by a narrow one-goal margin, with the deciding goal in three of those successes coming in the second half of play. Topically, eight of the last ten goals scored in the competitive meetings between Leipzig and Frankfurt have arrived after the half-time break. The hosts have conceded the division-low 20 goals in 24 Bundesliga fixtures this season, notably keeping a clean sheet in 50% of their top-flight outings so far.

In the meantime, the visitors have experienced a dip in form, going from five consecutive Bundesliga victories to back-to-back matches without winning (D1, L1). However, free-scoring Frankfurt have found the net in 19 league games on the trot, scoring over 1.5 per fixture in 11 of the last 13. Adding to this sentiment, ‘Die Adler’ are one of only four sides to hit double digits in terms of the goals scored in both halves away from home this term. Particularly dangerous from set-pieces, Adi Hutter’s men have registered a league-high 17 goals scored from such plays this season. Furthermore, only Leipzig (10) have bagged the opening goal in more away Bundesliga fixtures than Frankfurt (9) so far. But, they have failed to win any of their three league games on the road in which they conceded first this season (D2, L1). 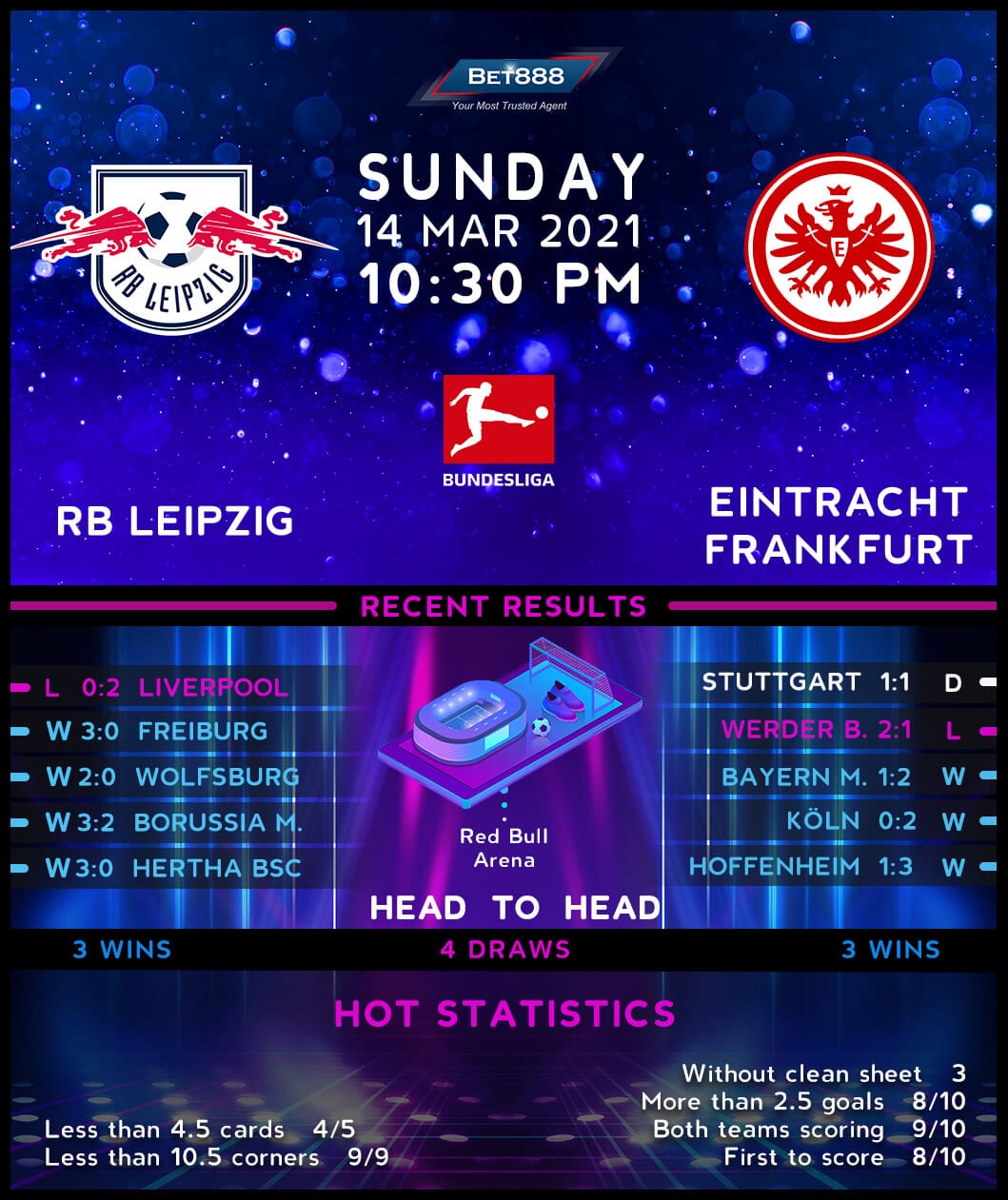