RB Leipzig and Liverpool are set to meet at Puskás Aréna in Budapest for the first leg of their UEFA Champions League last-16 tie.

Despite sharing the same number of points (12) with PSG, Leipzig finished runners-up in Group H (W4, L2), frustratingly returning a -1 goal difference from their six group-stage fixtures (GF:11, GA:12). Interestingly, three of their six matches this Champions League campaign have featured 5+ FT goals, highlighting the potential for plenty of action. By extension, none of Leipzig’s 22 outings in Europe’s top-tier competition have ended goalless! Though they take the field as slight betting outsiders, Julian Naglesmann’s men actually boast a positive H2H record against English opponents in European competitions (GP:4 – W3, L1). Additionally, ‘Die Roten Bullen’ can find confidence in the fact they have not lost any of their last six Champions League games on home soil (W5, D1), netting over 1.5 goals on each occasion in that run.

Meanwhile, Liverpool cruised to the Champions League knock-out stage, finishing top of Group D (W4, D1, L1), six points clear of third-placed Ajax. Curiously, each of their five European matches won/lost this season have seen the winner on the day keep a clean sheet, with three of them yielding a winning/losing margin of at least two goals. Cagey beginnings are responsible for the fact Jurgen Klopp’s men remain the only team yet to concede a goal in the first half throughout this entire Champions League campaign. Although the ‘Reds’ go into this encounter on the back of a three-game losing streak in all competitions, the current Premier League title-holders have not lost any of their five European clashes against German sides (W3, D2) away from Anfield since losing at Bayer Leverkusen in 2002. 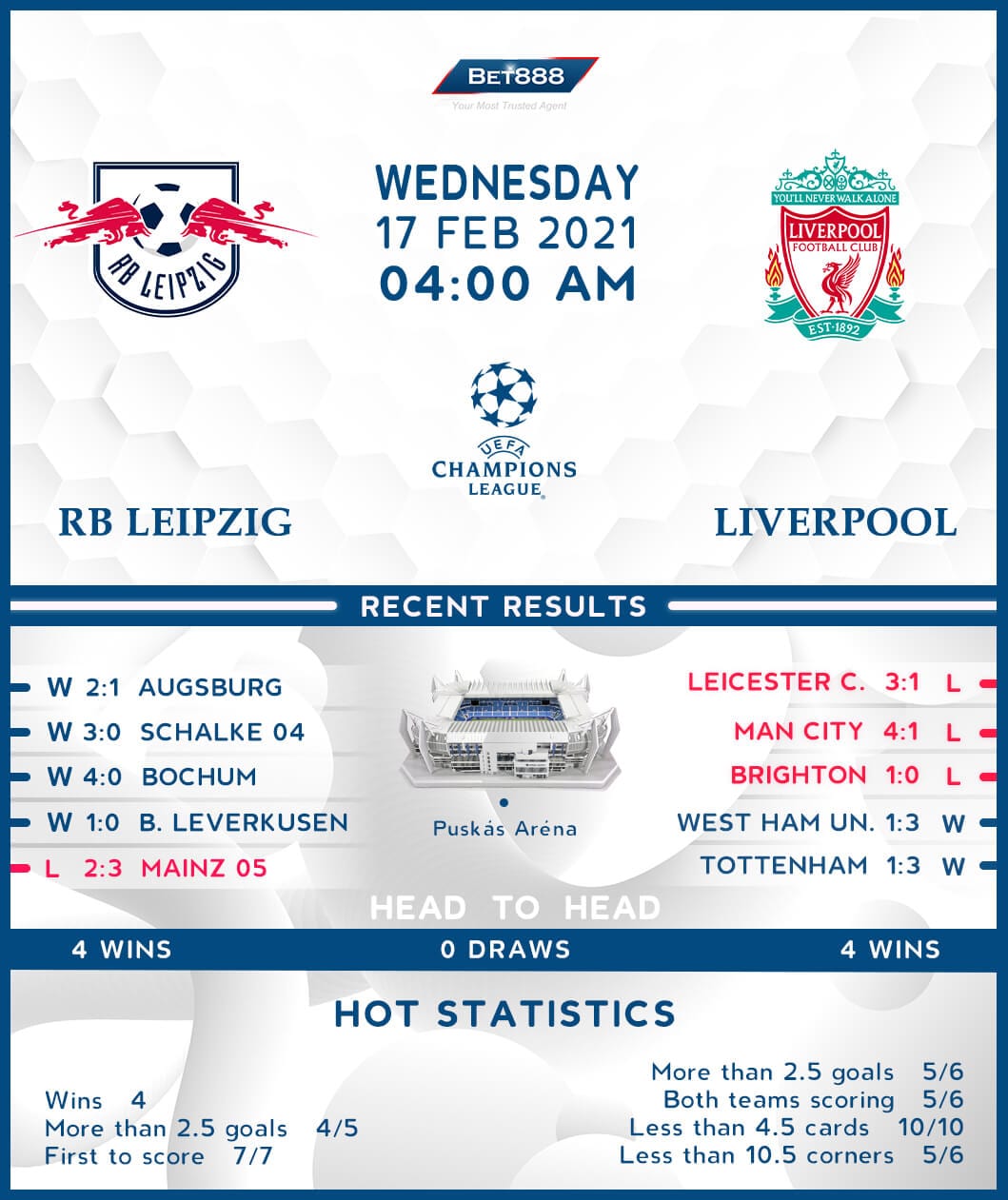