Red Bull Arena is the venue as RB Leipzig and Manchester United battle it out for the spring in the UEFA Champions League. With the sides sitting top of Group H level on points with PSG, they have everything to play for in this ultimate group-stage match.

A 5-0 hammering at Old Trafford in the reverse fixture on Matchday 2 did bring Leipzig’s 100% Champions League versus English opponents to an end (W2). However, Julian Nagelsmann’s men have won each of their last three home games in the Champions League, with two of those triumphs coming ‘to nil.’ Also, since the beginning of last season, ‘Die Roten Bullen’ have netted over 1.5 goals per match in all but one of their six home fixtures in the Champions League. In turn, Leipzig have won all seven of their competitive home games this season, scoring 2+ match goals in each. Interestingly, they found the net in the first half of every fixture during that seven-game sequence.

Meanwhile, Manchester United will qualify for the Champions League knock-out stage if they can avoid losing in Germany. Both of United’s road trips in this competition this term have yielded the same 2-1 scoreline (W1, L1), with the victor scoring the opening goal on each occasion. But, the ‘Red Devils’ have lost both of their previous Champions League trips to Germany, conceding precisely three goals in each. A lack of consistency has seen Ole Gunnar Solsjaer’s men alternate between a win and loss in each of their last six away fixtures in the Champions League. Curiously, Solskjaer has never drawn a Champions League match as a manager (W4, L5). It’s worth noting that all six of United’s last away games in all competitions have seen over 2.5 goals and both teams score. 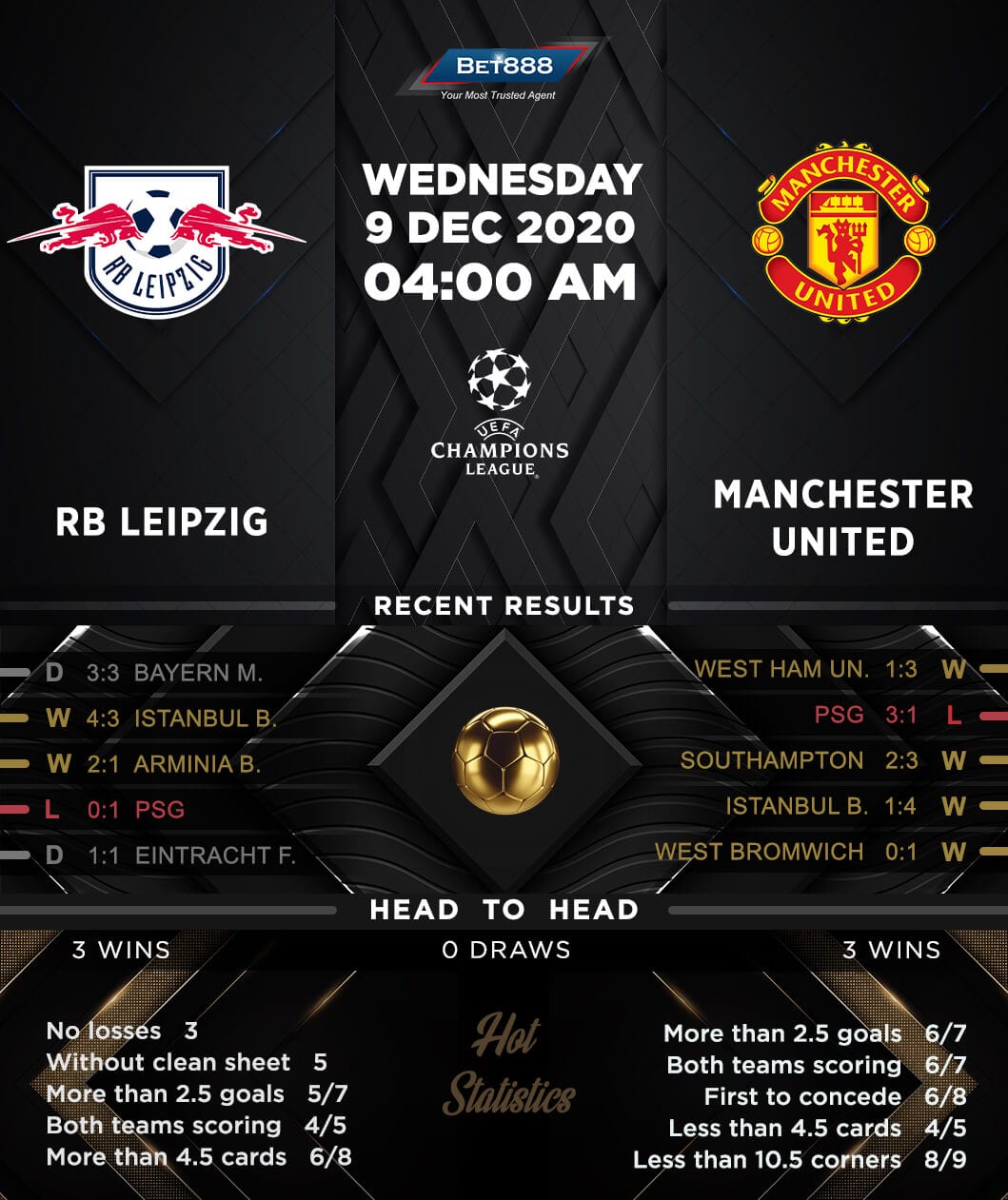