RB Leipzig will be looking to post their fourth consecutive Bundesliga win over TSG Hoffenheim when the two sides meet at the Red Bull Arena.

Leipzig’s 4-1 away win at Werder Bremen last time out saw them bounce back from a 1-0 home defeat to Bayern Munich, as they enter this round trailing top-placed ‘Bavarians’ by five points. Bayern’s triumph at the Red Bull Arena brought Leipzig’s five-match unbeaten home streak in the Bundesliga to a halt (W4, D1), marking only the first home league fixture in which they failed to score this calendar year. ‘Die Rotten Bullen’ now stare at the prospect of losing back-to-back home league matches for the first time since April 2018. Given Leipzig’s scoring potentials, it may come as some surprise that Julian Naglesmann’s men have netted an average of 1.78 goals per home Bundesliga game this season. Indeed, except for the abovementioned thumping of Werder, the hosts have netted just twice in their last four competitive outings.

Meanwhile, Hoffenheim’s scoreless home draw with Bayer Leverkusen last time out did put an end to their dismal three-game losing Bundesliga run, marking their first league clean sheet in six matches. Away from home, ‘Die Kraichgauer’ have gone winless in five successive Bundesliga encounters (D2, L3) since a 3-0 win at Hertha BSC in mid-January, frustratingly conceding 2+ goals on four occasions in the process. Curiously, though, Sebastian Hoeneß’s men have registered a shutout in five of their 15 Bundesliga outings since the calendar flipped to 2021, having failed to do so in any of their opening 13 league fixtures. However, no side has conceded more away goals than Hoffenheim (28) this Bundesliga campaign, with the visitors letting in an average of 2.00 goals per league trip so far. 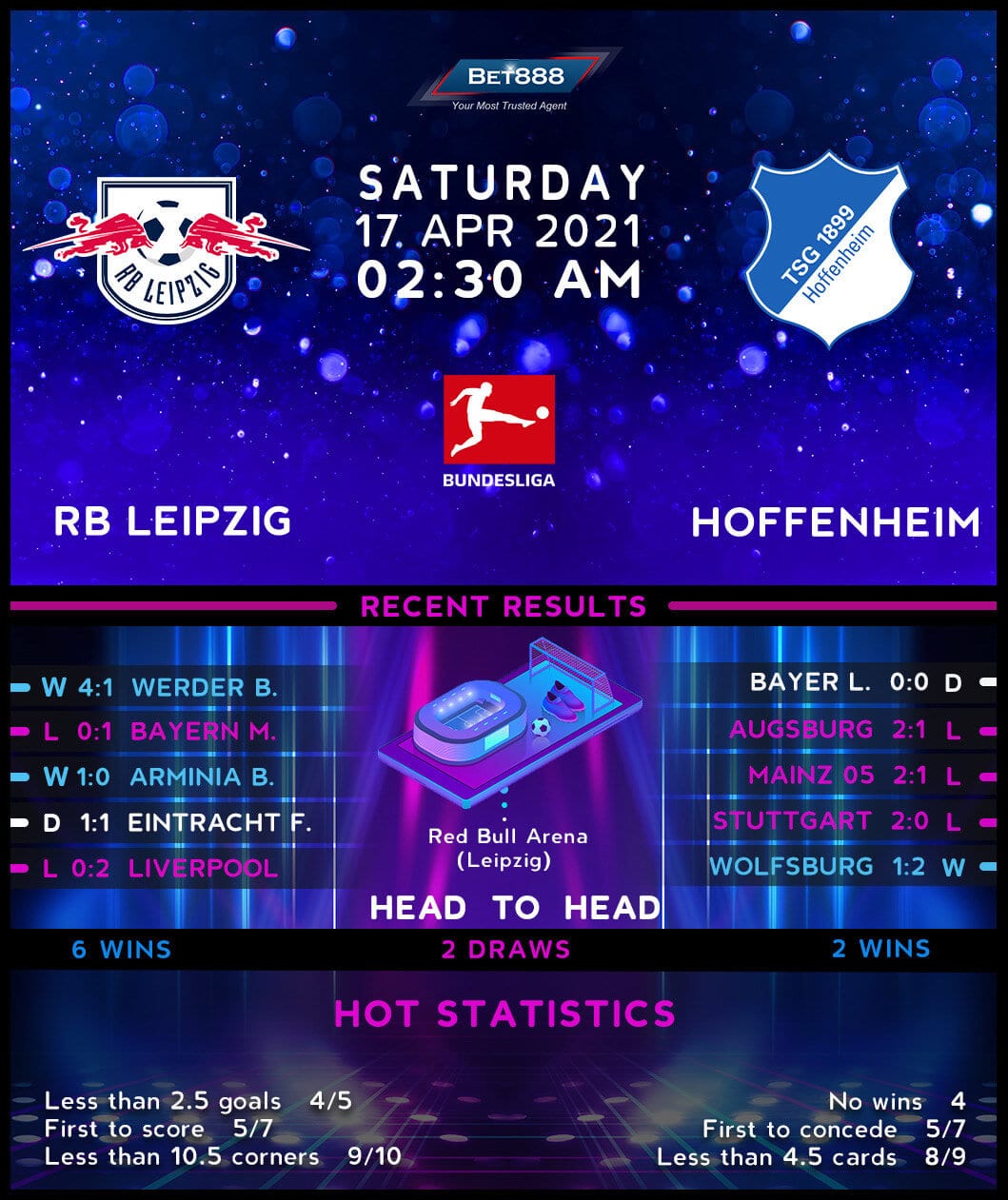