Red Bull Arena is the venue, as RB Leipzig and Union Berlin lock horns in their third Bundesliga meeting. Leipzig won both of their last season’s top-flight H2Hs, scoring seven times while conceding only once in return.

Leipzig have failed to win three of their last four Bundesliga matches (D2, L1), scoring under 1.5 goals in each such fixture, as they enter this round trailing league-leaders Bayern Munich by four points. Their dip in form has coincided with some lackluster home performances of late, as ‘Die Roten Bullen’ have failed to win their last two home league games (D1, L1) after racking up a six-game winning streak in such contests beforehand. Union Berlin could be the right opponent to help Julian Nagelsmann’s men overcome the crisis, as Leipzig have won each of their four competitive home H2Hs in the 21st century, scoring an average of 2.75 goals per match in the process. Winning the first half could be the way to go, as they’ve won all of the six Bundesliga fixtures in which they were leading at half-time this season.

Meanwhile, Union Berlin have gone unbeaten in six Bundesliga games in a row (W3, D3) since losing 3-1 at Hertha BSC on Matchday 10 and are sitting just one point adrift of fourth-placed Borussia Dortmund ahead of the kick-off. Perhaps surprisingly, ‘Die Eisernen’ remain the only side next to Bayern Munich to find the net in each of their 16 league fixtures this season. However, it’s worth noting that only 12 (37.5%) of Union’s total 32 Bundesliga goals scored this season have come away from home. Manager Urs Fischer may want to see his team improve their second-half defending after witnessing Union Berlin register the vast majority (88.89%) of their away league goals conceded after half-break (8/9). 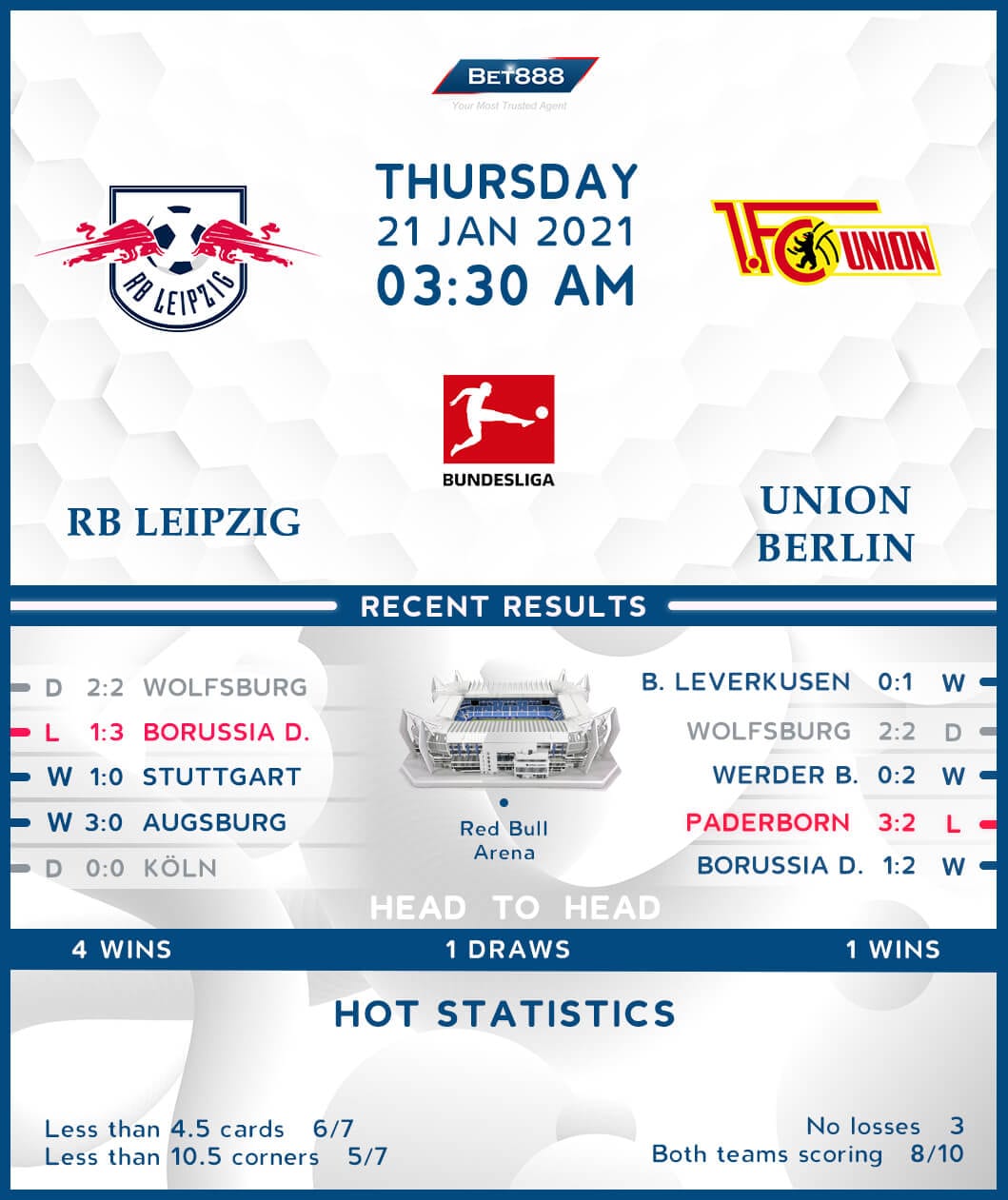