Red Bull Arena is the venue, as RB Leipzig and Wolfsburg battle it out for a place in the DFB Pokal semi-finals.

A remarkable 3-2 comeback against Borussia Monchengladbach in the Bundesliga weekend saw Leipzig post a sixth victory in their last seven competitive matches (L1) and score precisely three times for the second game running. Interestingly, none of Leipzig’s seven competitive home games since the calendar flipped to 2021 have ended in a draw (W5, L2), with four of the games won/lost in that run seeing the victor keep a clean sheet. ‘Die Roten Bullen’ are the favorites to qualify for the semi-finals as they have yet to lose a competitive home meeting with Wolfsburg (GP4 – W3, D1), conceding under 1.5 goals on each occasion. Julian Nagelsmann’s men have been ruthless in the DFB Pokal this campaign, winning each of their three games in the competition by over 2.5 goals to nil.

In the meantime, Wolfsburg head into proceedings in the midst of a fine spell of form of their own, having avoided defeat in each of their last ten fixtures in all competitions (W7, D3). Impressively, the visitors have kept a clean sheet in eight consecutive games coming into this encounter, scoring 14 times in return. What’s more, Oliver Glasner’s men have opened the scoring in each of their last five away outings, netting 2+ goals at full-time on four occasions. Same as their opposition, Wolfsburg have been relentless this DFB Pokal campaign, having won their three matches in the competition by an aggregate score of 9-1. However, a lack of spirit has seen ‘Die Wolfe’ fail to win any of the five away games in which they conceded the opener this term (D4, L1). 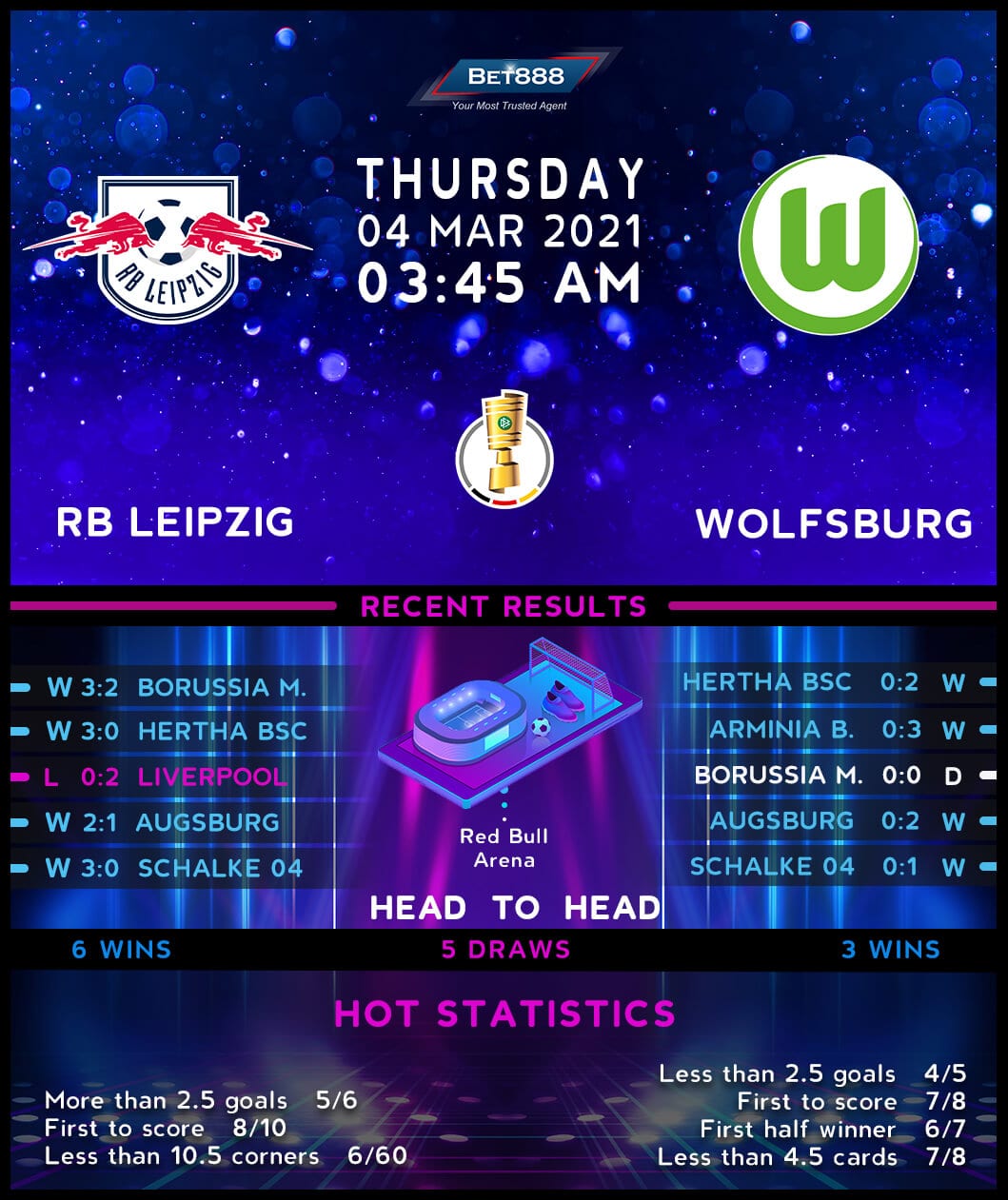