Leipzig were swept aside by Borussia Dortmund 4-1 in the DFB-Pokal final in midweek, which means they’ve lost three of their last five matches in all competitions (D1, D1). Before a 2-0 victory over Stuttgart in their most recent Bundesliga home outing, ‘Die Roten Bullen’ had gone winless in three consecutive league games at the Red Bull Arena (D2, L1), drawing a blank twice during that sequence. Entertainment has been relatively sparse in Leipzig’s recent home fixtures as six of the last seven in all competitions have featured under 2.5 total goals. Topically, three of the four Bundesliga meetings between Leipzig and Wolfsburg held at this venue have contained under 2.5 FT goals, including the last two. A stalemate is also well on the cards, considering each of their previous three top-flight H2Hs has ended level.

On the other hand, Wolfsburg haven’t drawn any of their last 11 Bundesliga fixtures (W7, L4) since being held to a goalless tie to Borussia Monchengladbach in mid-February. After drawing five of their opening eight away Bundesliga matches (W1, L2), ‘Die Wolfe’ have either won or lost in each of their subsequent eight league road trips on the bounce (W6, L2). Wolfsburg’s recent away Bundesliga games have produced plenty of entertainment as each of the last four has seen over 2.5 goals and both teams on the scoresheet. Worryingly, though, Oliver Glasner’s side had scored under 1.5 goals in each of their first eight Bundesliga clashes against Leipzig before a 2-2 draw in the reverse fixture back in mid-January. 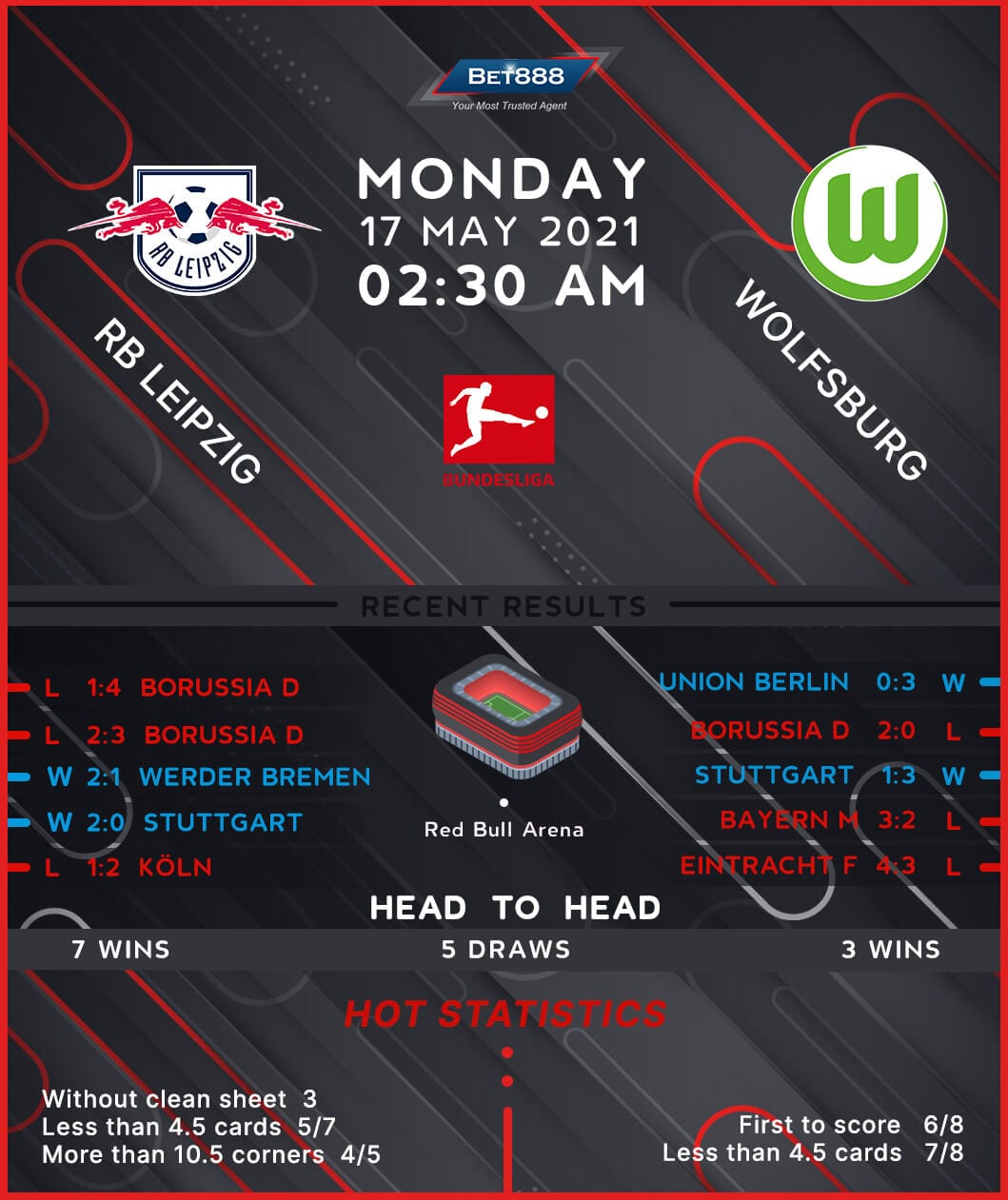