RB Salzburg welcome Atletico Madrid to the Red Bull Arena, looking to secure the three points that will ensure they qualify for the UEFA Champions League knock-out phase.

Salzburg stunned Lokomotiv Moscow 3-1 in Russia on Matchday 5 to post their first victory in this season’s Champions League group stage (D1, L3). However, they have won only once in their five previous home matches in the competition’s group phase (D1, L3) despite scoring over 1.5 goals per game on four of those occasions. In fact, Salzburg’s Champions League group-stage fixtures have so far seen an average of 4.90 goals, which is the highest average any team to play ten or more games in the competition has achieved. Additionally, each of their seven competitive home matches this season has produced over 3.5 total goals. Going back to the 2011/12 campaign, however, the hosts have only picked up one triumph in their last seven European clashes against Spanish clubs (D2, L4).

Atletico Madrid must avoid defeat here to qualify for the Champions League knock-out stage, which would see them achieve that milestone for the seventh time in eight seasons since Diego Simeone arrived at the helm. Since losing 4-0 to Bayern Munich on Matchday 1, ‘Los Colchoneros’ have gone unbeaten in four matches in the Champions League group stage, though drawing each of their last three (W1). Given Atletico Madrid’s footballing stature, it may come as some surprise that they have lost three of their four previous away games in the Champions League group phase (D1), scoring under 1.5 goals per match on each occasion. But, the visitors have won all but one of their nine meetings with Austrian opponents in major European competitions (D1), including all three with Simeone in charge. 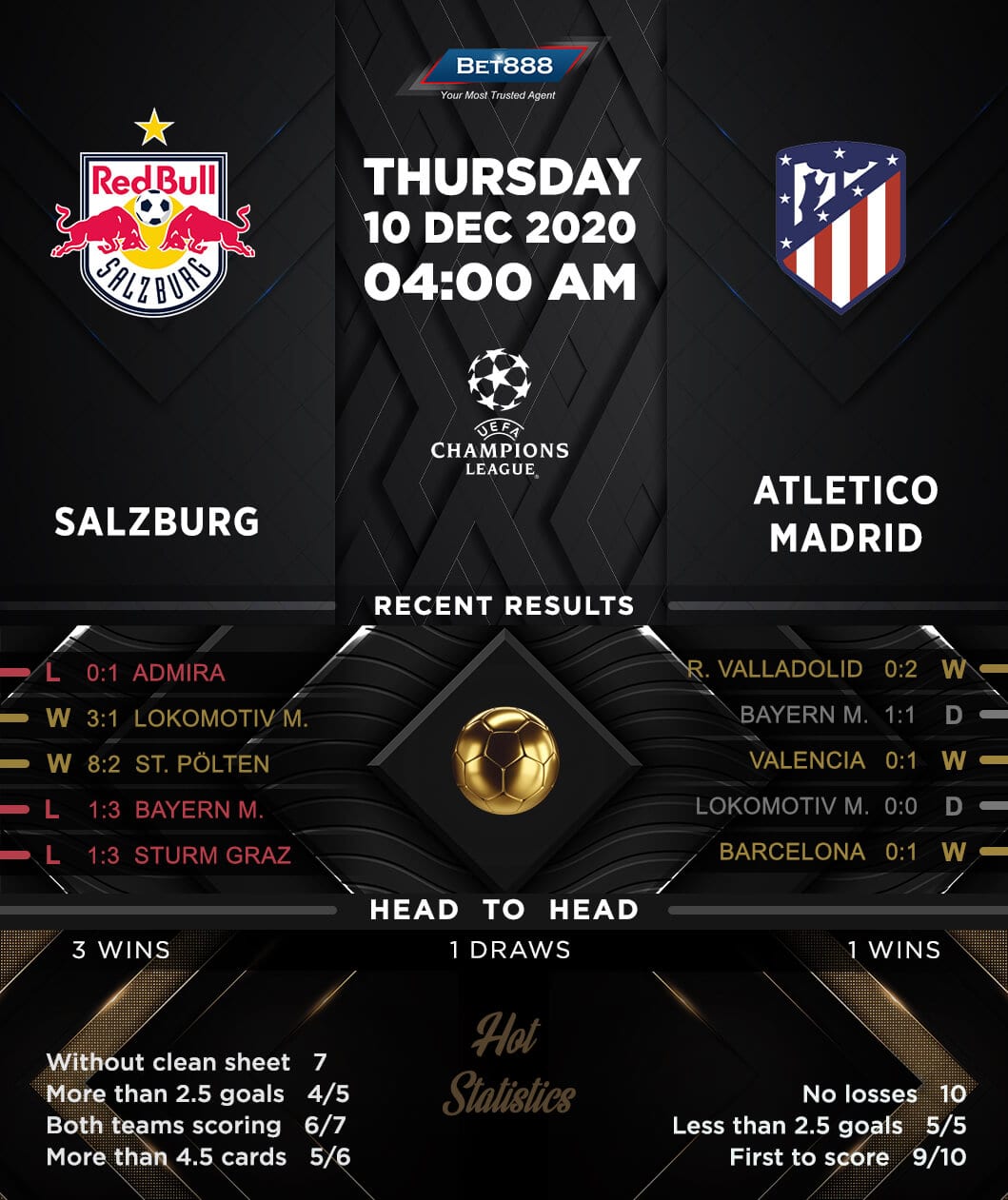