RB Salzburg and Villarreal go head-to-head at the Red Bull Arena in the replica of the 2014/15 UEFA Europa League last-32 tie. Villarreal made it to the next round the last time these sides met at this stage of the competition.

‘Die Roten Bullen’ joined the Europa League knock-out stage after finishing third to Bayern Munich and Atletico Madrid in the UEFA Champions League Group A. They’ve been a fun team to watch, nonetheless, as five of their six fixtures this European campaign have seen over 3.5 goals and both teams on the scoresheet. However, high-flying Salzburg have won each of their competitive matches since the turn of 2021, scoring 17 goals while conceding only three in return. Jesse Marsch can find another encouragement in the fact his men have not lost any of their last seven knock-out home games in major European competitions (W5, D2). Yet, after beating Villarreal in both of their first European meetings, Salzburg have lost the last two by an aggregate scoreline of 5-2.

Meanwhile, Villarreal progressed through Europa League Group I as winners, avoiding defeat in all six group-stage fixtures (W5, D1) and returning an impressive +12 goal difference in the process (GF:17, GA:5). Curiously, Unai Emery’s men have netted under 1.5 goals in six of their last nine away Europa League games, scoring precisely three per match in the remaining three. When it comes to the first-leg encounters, the draw has not been an option in any of Villarreal’s 14 knock-out stage ties in the Europa League (W9, L5). What’s more, ‘El Submarino Amarillo’ have faced Austrian opponents eight times, with just one of those meetings ending level (W4, L3). Against this backdrop, three of Villarreal’s last four competitive away matches have produced a stalemate (W1), if considered only 90 minutes of play. 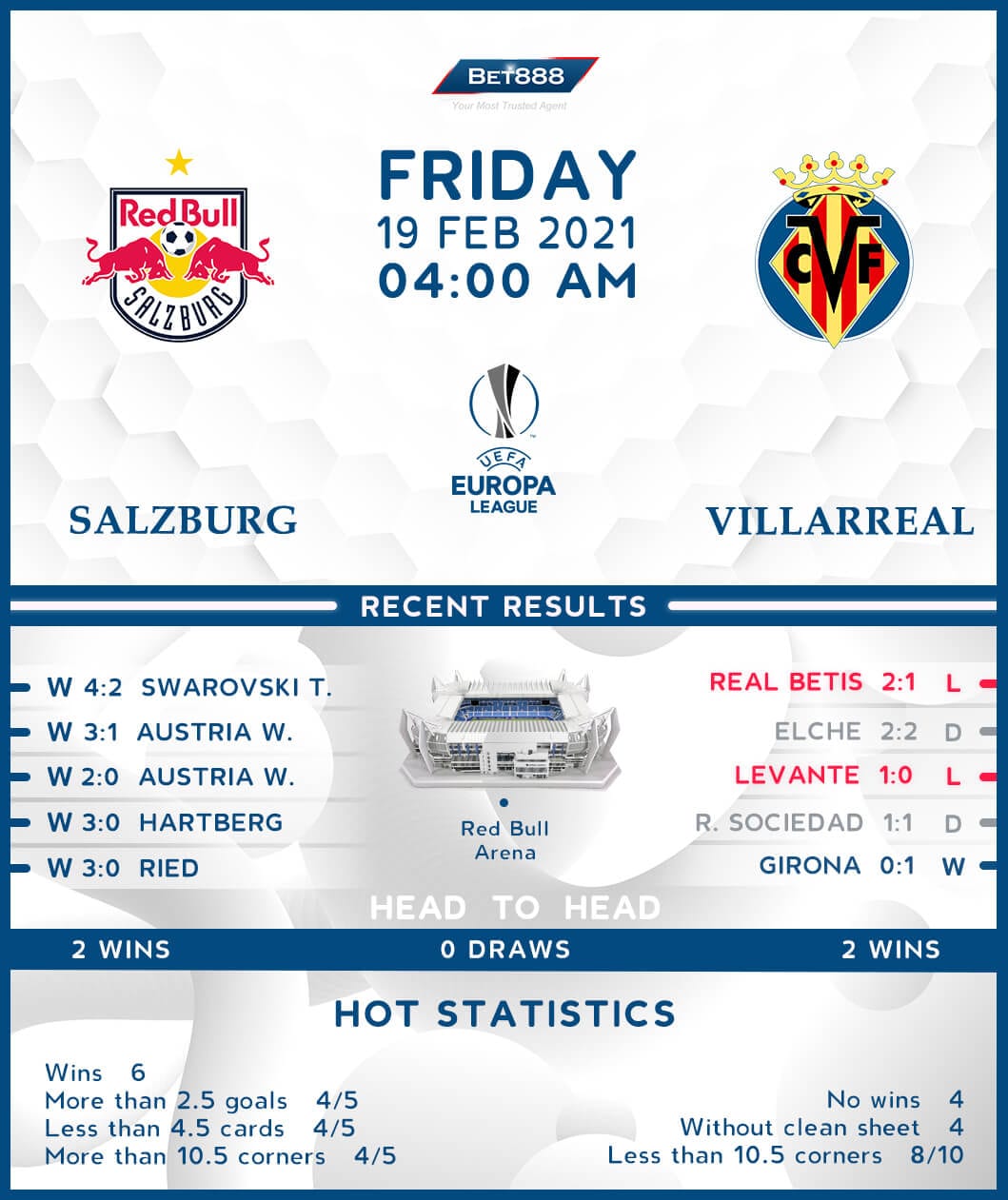