Real Betis and Barcelona are set to face off at the Estadio Benito Villamarín in a potentially high-scoring La Liga fixture. Each of their last five top-flight meetings has seen over 4.5 goals and both teams scoring.

Betis have gone unbeaten in five La Liga games on the bounce (W3, D2) since losing 4-3 away at Levante on December 29, reducing the gap on the Europa League qualifying spot to two points in the process. What’s more, ‘Los Verdiblancos’ are unbeaten in five consecutive La Liga home matches (W3, D2) despite scoring precisely one goal per game on four occasions in that run. Manuel Pellegrini’s men could pose a genuine attacking threat in the first half, though, given that 61.54% of their total La Liga goals scored at home this season have come before half-time (8/13). However, Betis’ streak is on the line now, as they take on a side they’ve failed to beat in any of their last nine top-flight meetings held at this venue (D3, L6).

Meanwhile, Barcelona have gone from strength to strength since succumbing to a shocking 2-1 defeat at Cadiz on Matchday 12, racking up an impressive ten-game unbeaten La Liga run since then (W8, D2) and winning their last five league outings by an aggregate score of 12-3. Notably, the ‘Blaugrana’ have won 15 (78.95%) of their previous 19 top-flight meetings with Betis, home and away (D3, L1), scoring 3+ goals in each of their last six such encounters. Additionally, Ronald Koeman’s men have netted a league-highest 41 goals this La Liga campaign and remain the only side to smash a 20-goal barrier in terms of the first-half goals scored (23). Starting well would optimize Barcelona’s chances of winning, as they are one of only two sides to have won 100% of their league fixtures in which they have been leading at half-time this season (10/10). 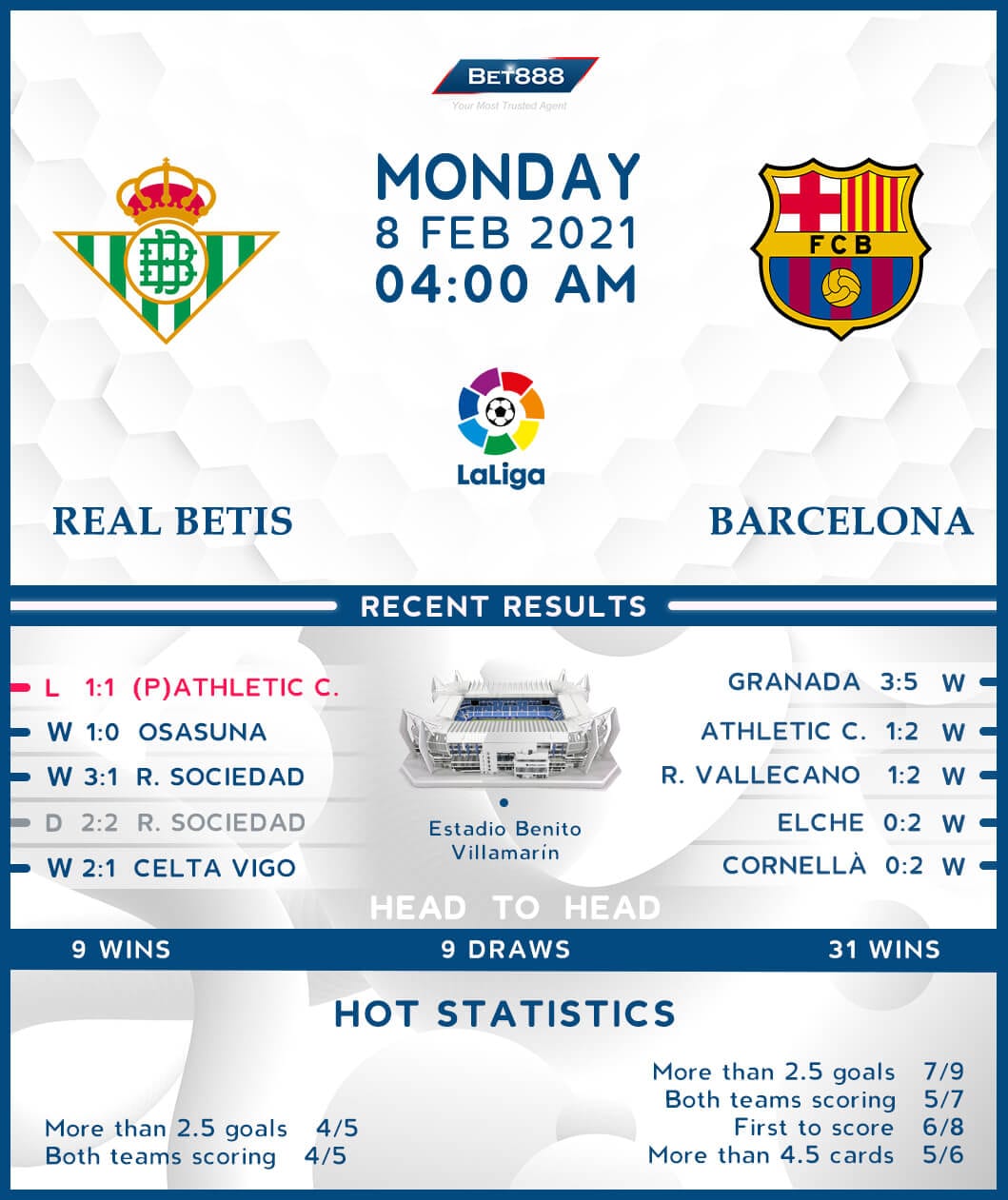