Real Betis and Levante are set to trade tackles at the Estadio Benito Villamarín in a potentially high-scoring La Liga encounter. Each of their last three top-flight H2Hs held at this venue contained over 2.5 FT goals.

A 1-0 away defeat to Andalusian rivals Sevilla last time out brought Betis’ four-match winning streak in La Liga to a halt, marking the first league fixture in which they had failed to get on the scoresheet after 12 attempts. Betis’ recent home league games have been notably tight, as each of the last eight has featured a full-time margin of under 1.5 goals (W5, D2, L1). Interestingly, two of their previous three home La Liga matches have seen the winner on the day come from a half-time deficit to claim a 3-2 victory (W2, L1). Delivering action from the onset, ‘Los Verdiblancos’ have either scored or conceded within 15 minutes of the home La Liga action in 46.15% of their league games at the Benito Villamarín.

Meanwhile, the visitors have only lost one of their last five La Liga fixtures (W2, D2), all of which have featured under 2.5 FT goals. Away from home, the ‘Granotas’ have not drawn any of their previous three league games (W2, L1), with each result (win/loss) in that time seeing the victor keep a clean sheet. Slow-starting Levante have conceded the opening goal in a league-high 11 away matches this season. However, Paco Lopez’s men have shown tremendous ability to bounce back after falling behind, notably rescuing the division-highest ten points from losing positions away from home this term (GP:11 – W2, D4, L5). That said, it may come as some surprise that Levante have registered a majority (53.33%) of their total away league goals scored in the first half of play (8/15). 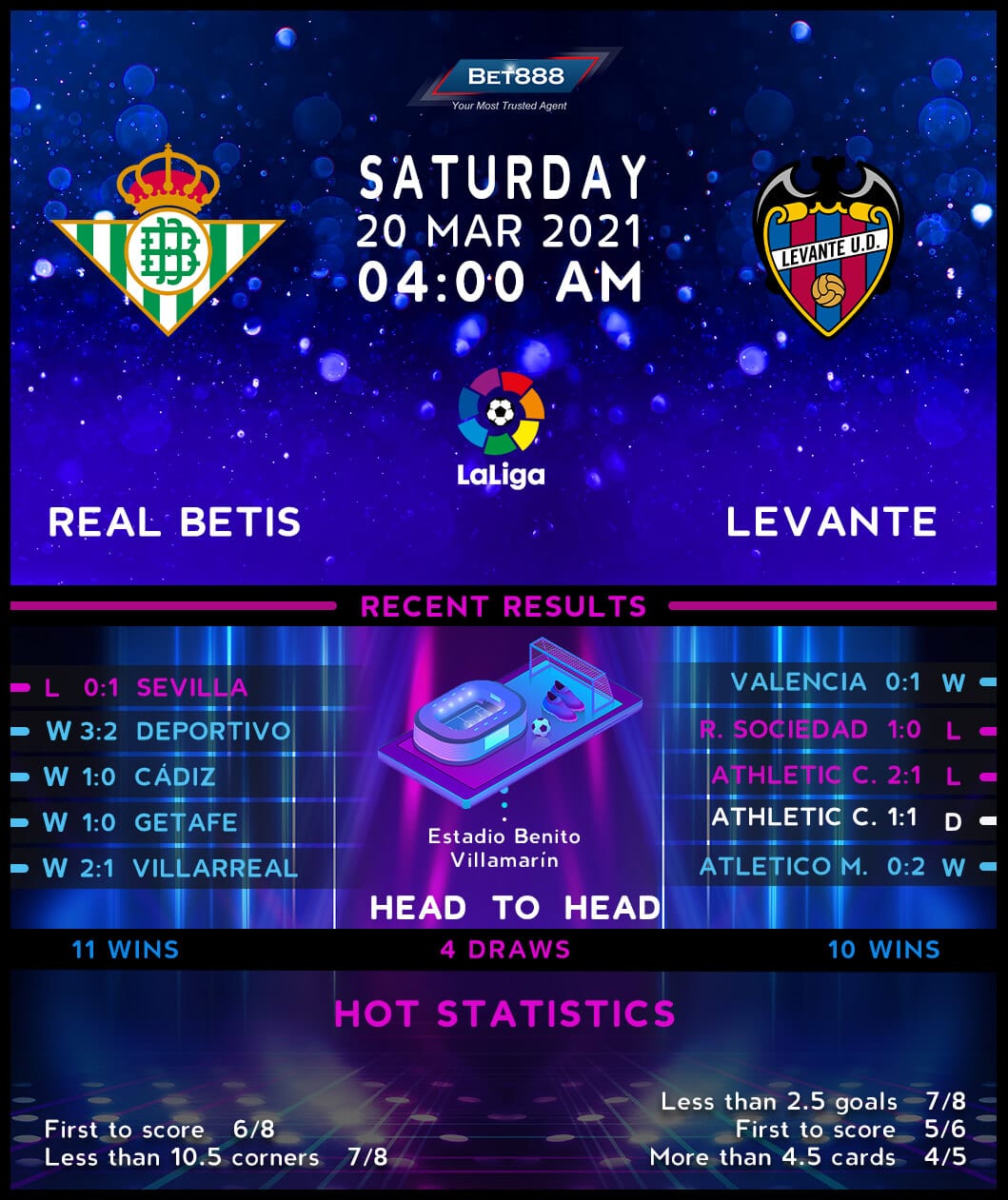