Estadio Benito Villamarín is the venue, as Real Betis and Sevilla meet in the 98th Derbi Sevillano within La Liga, with the traveling side boasting a much better H2H record thus far (W46, D22, L29).

Betis have endured mixed fortunes across their last five La Liga fixtures (W2, D1, L2), with three of the four games won/lost in this sequence seeing the victor keep a clean sheet. Curiously, ‘Los Verdiblancos’ have won each of their three home La Liga matches in which they opened the scoring, whereas they’ve failed to complete a single turnaround in four home league games where they conceded the opener (D1, L3). That’s because seven of their ten La Liga goals shipped on home turf have come in the second half of play. Going back to 2006, Betis have defeated Andalusian rivals Sevilla in just one of their 11 top-flight meetings held at this venue (D6, L4), scoring under 1.5 goals on nine of those occasions.

Meanwhile, the visitors have put together four consecutive La Liga matches without a loss since succumbing a 1-0 defeat to Real Madrid on Matchday 12 (W3, D1), keeping a clean sheet in each victory in this sequence. Away from home, ‘Los Rojiblancos’ have gone from back-to-back La Liga losses to three triumphs on the trot, with four fixtures won/lost in this run arriving by the identical 1-0 scoreline. Given Sevilla’s footballing stature, it may come as some surprise that they have scored just a league second-low two first-half goals on the road this season. At the other end of the pitch, only Atletico Madrid (3) have conceded fewer away La Liga goals than Sevilla (5) so far. However, it’s worth noting that Julen Lopetegui’s men have failed to keep a clean sheet in each of their last four top-flight trips to Betis. 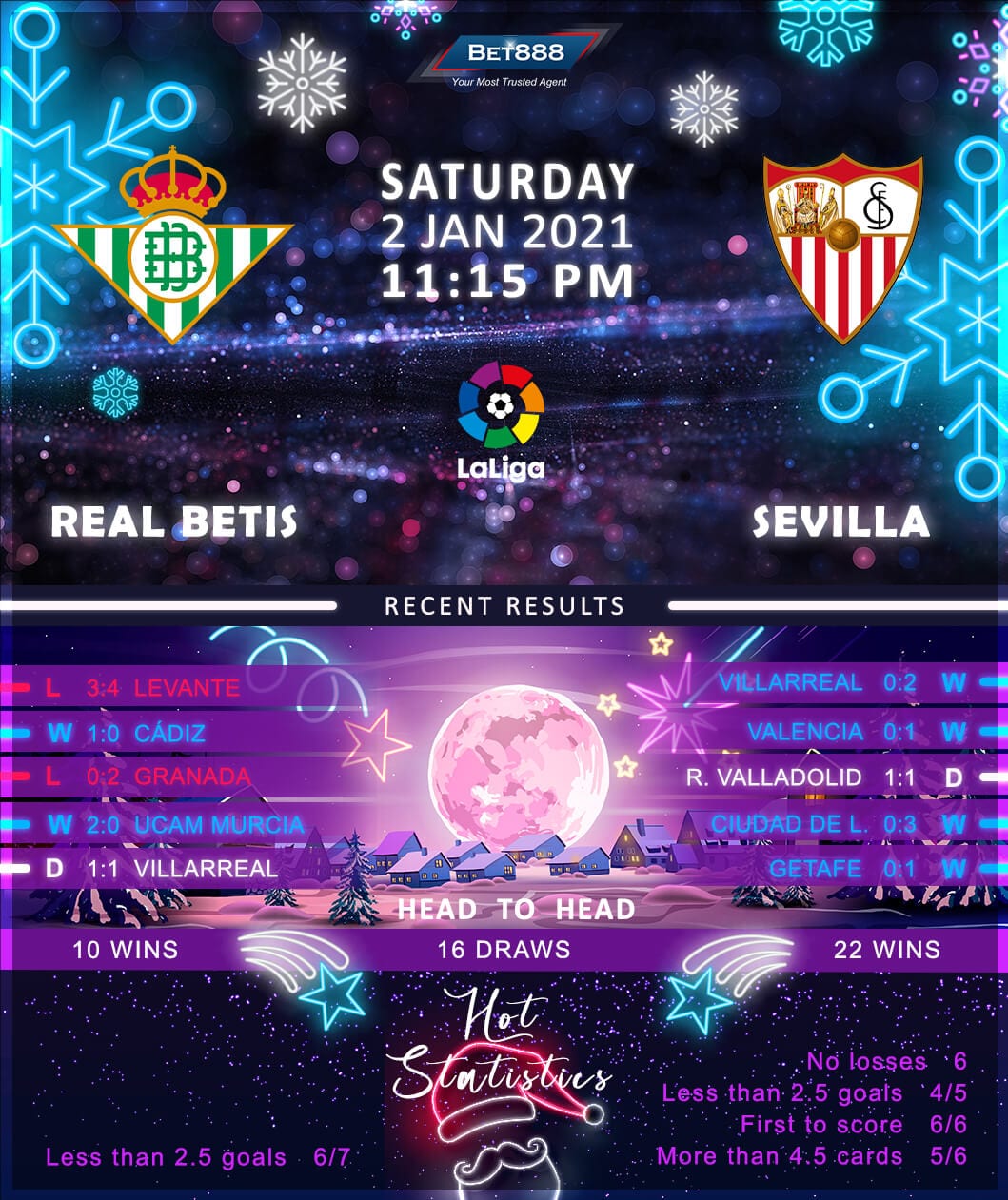