Real Betis and Valencia go head-to-head at the Estadio Benito Villamarín in a potentially high-scoring La Liga affair. Three of their last four top-flight H2Hs have seen over 2.5 goals and both teams on the scoresheet.

Coming into this matchday, both of Betis’ previous La Liga outings have seen the traveling side open the scoring within 15 minutes in matches yielding the identical 1-1 scoreline. Since a 3-2 defeat to Barcelona on Matchday 22, ‘Los Verdiblancos’ have racked up a four-game unbeaten home streak in La Liga (W3, D1), registering six of their seven goals scored in that sequence after the interval. Even if they concede first, the hosts should have enough character to fight their way back into this encounter, having rescued a league second-high nine points from losing positions at home this season (GP8 – W2, D3, L3). Shifting through the gears in the later stages of play, Betis have either scored or conceded inside the final 15 minutes in 46.67% of their league fixtures this season (14/30).

Meanwhile, Valencia bounced back from a 2-0 half-time deficit to eke out a 2-2 home draw with Real Sociedad last time out, as they’ve now failed to keep a clean sheet in six consecutive La Liga games, conceding an average of 1.66 goals per match in the process. After claiming a narrow 1-0 win at Real Valladolid in their first La Liga trip in the new calendar year, Javi Garcia’s men have gone winless in their subsequent six away league fixtures (D1, L5), losing the last four by an aggregate score of 8-1. Valencia last had a longer losing streak away from home in 2010. To avoid replicating that feat, ‘Los Murciélagos’ must not concede first, considering they’ve ended up on the losing side in 77.78% of the road La Liga matches when doing so this season (GP9 – D2, L7). 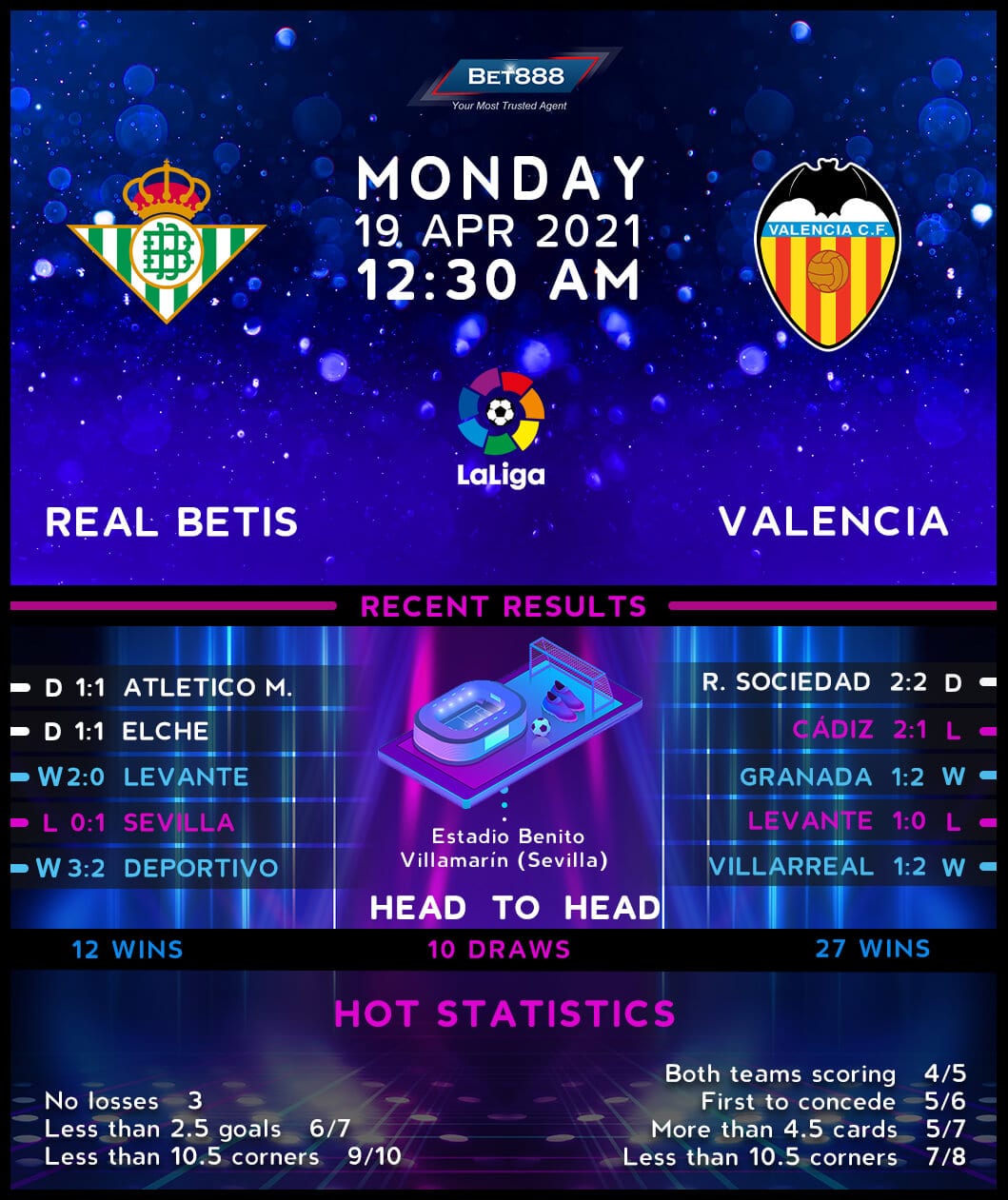