Estadio Benito Villamarín is the venue as Real Betis meet Villarreal in a potentially high-scoring La Liga affair. Indeed, five of their last six top-flight H2Hs have seen over 2.5 goals and both teams on the scoresheet.

A 2-0 away win over Osasuna last time out put an end to Betis’ three-game losing La Liga streak, as they enter this round as the only side yet to draw a league match this season (W5, L7). At home, ‘Los Verdiblancos’ have won two of their five league fixtures, losing the other three, with four of those results (win/loss) coming by at least a two-goal margin. In turn, none of their four previous top-flight H2Hs held at this stadium has ended level (W2, L2), with three of those clashes being decided by a one-goal margin. Curiously, Manuel Pellegrini’s men have registered the vast majority (85.71%) of their total La Liga goals scored at home in the first half of play (6/7). At the other end of the pitch, however, 77.78% (7) of their nine home league goals conceded has come in the second half.

As for the visitors, they have racked up a nine-game undefeated La Liga run (W4, D5) since losing 4-0 to Barcelona in September. But, Villarreal head into this encounter on the back of three consecutive league draws, all of which featured under 2.5 total goals. Also, a lack of firepower up front has seen ‘El Sumbarino Amarillo’ fail to find the net in three of their five La Liga trips this season (W1, D3, L1). Villarreal’s away action has often taken place before half-time, as evidenced by the fact nine of their ten league goals scored/conceded on the road have come in the first half. Unai Emery’s men, however, relish the prospect of facing Andalusian opponents, as they have only suffered one defeat in their last 12 La Liga matches against such opposition (W6, D5). 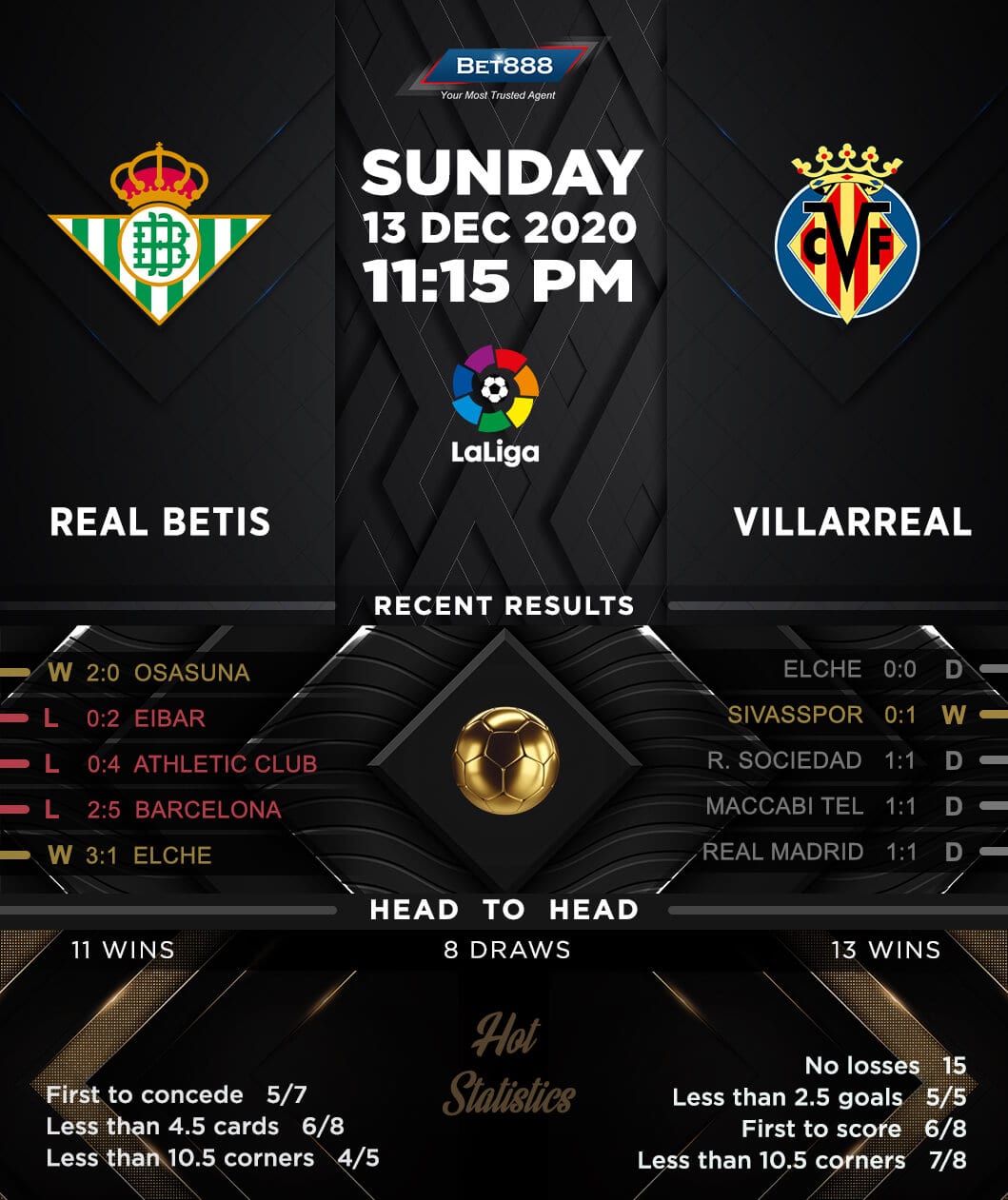